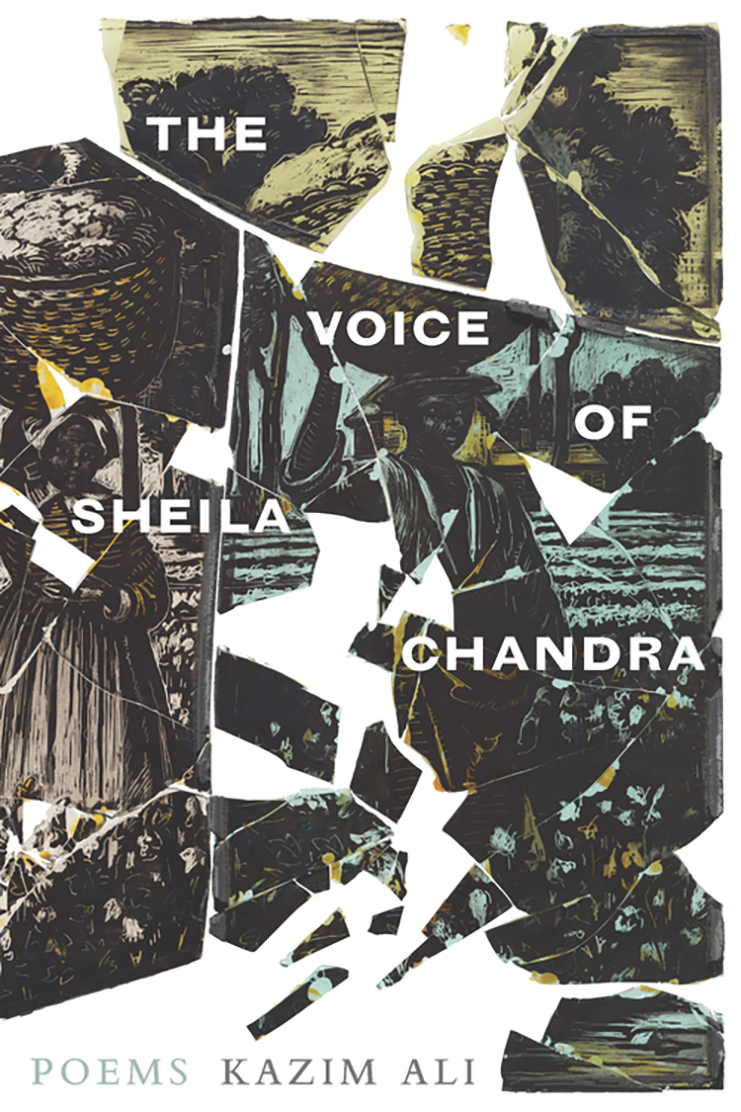 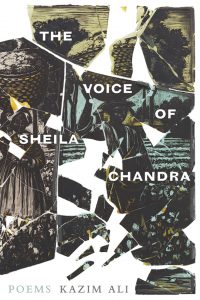 Award winning poet and a professor at the University of California, San Diego, Kazim Ali has published a new volume of poetry. A prolific writer, Ali has published six previous books of poems, five works of fiction, several non-fiction works and is also a translator. This slender book has three long poems interspersed with a few short ones. The poems in this collection are politically engaged, empathetic and brilliant in their use of language.

The first long poem, “Hesperine for David Berger,” intertwines three people’s stories: Corey Menafee, David Berger and Mohammad al-Khatib. Corey Menafee was a black Yale dining hall employee who shattered a stained glass window depicting slaves picking cotton. David Berger was an American-born athlete with dual citizenship who was part of Israel’s 1972 Olympic team and was massacred in Munich; Berger has a memorial park in Ohio. Mohammad Al-Khatib, a Palestinian athlete who had no resources to train for his dream of Olympic qualifications and was able to crowdfund to facilitate his training in Texas. Al-Khatib will represent Palestine in Tokyo 2021.

Intermingled with these stories are reflections on the relationship between art, physics and history through meditations on Coltrane, Imran Qureishi and Amjad Sabri. Kazim Ali writes, “History then as fragile as stained glass and yet writing new narratives that/shape every movement forward.” Not only does this poem bring several unusual and unrelated narratives together into a profound meditation on art, memory, and politics, but Ali also innovates poetic form. He notes in the poem: “There is no tradition in the literature of the world of hesperine not a/serenade nor an aubade but rather a curse to first darkness itself begging it not to/fall a poem against the falling night to ward off death the first mortal dealth was/murder and so all this geometry maybe inevitable a tired rehearsal.”

The second long poem is “The Voice of Sheila Chandra” in which the poet reflects on the Indo-British singer, Sheila Chandra, who lost her voice to Burning mouth syndrome and could no longer sing. What makes art? Is an artist who is unable to make their art still an artist? For the poet, “to shit and fuck are/Two main purposes of art” Is art then simply the very act of living and being? What happens to Sheila Chandra when she can sing no more? Ali asks:  “ Can she still feel music in her body can she/Vocalize even without technology of the/Mouth tongue palate glottis vocal cords….Calligraphy is a meeting point/Between abstract and particular/By certain combinations of visual/Marks to make symbols Chandra/Lost her voice around the same/Time I found mine at midnight.”

The third long poem “Phosphorus,” Ali plays on the dual name of Venus as Hesperus, the Evening star and Phosphorus the morning star. The ancients thought they were two different stars and as Ali notes stars have shapes in the sky relative to the viewer’s position in time and space. What then do we do with our past? With friends who have left, disappeared, or moved on? He asks “ Am I Hesperus the Son of Evening who like Orpheus looks back at what’s gone/Or Phosphorus light-bringer Son of Morning looking to uncover what’s next.”

The beauty of this poem lies not just in its emotive power but also in the play on language. Several stanzas are laid out on the page in rows and columns of letters which one has to read carefully through and one stumbles or is startled by the slight variation on words like “Claim our Clamor” that we have to read carefully to determine how we divide the letters into words and that division changes meaning. Does the alphabet arrangement in a stanza spell “Won” or  “Wonder?” We may assume “Won” and as we move forward in the stanza, we move back to recalibrate our reading and thus the meaning of the stanza.

Ali’s poems are a joy to read—the lines tug at your heart, embed themselves in your mind as you turn them over and discover new meanings each time. These are poems that haunt.