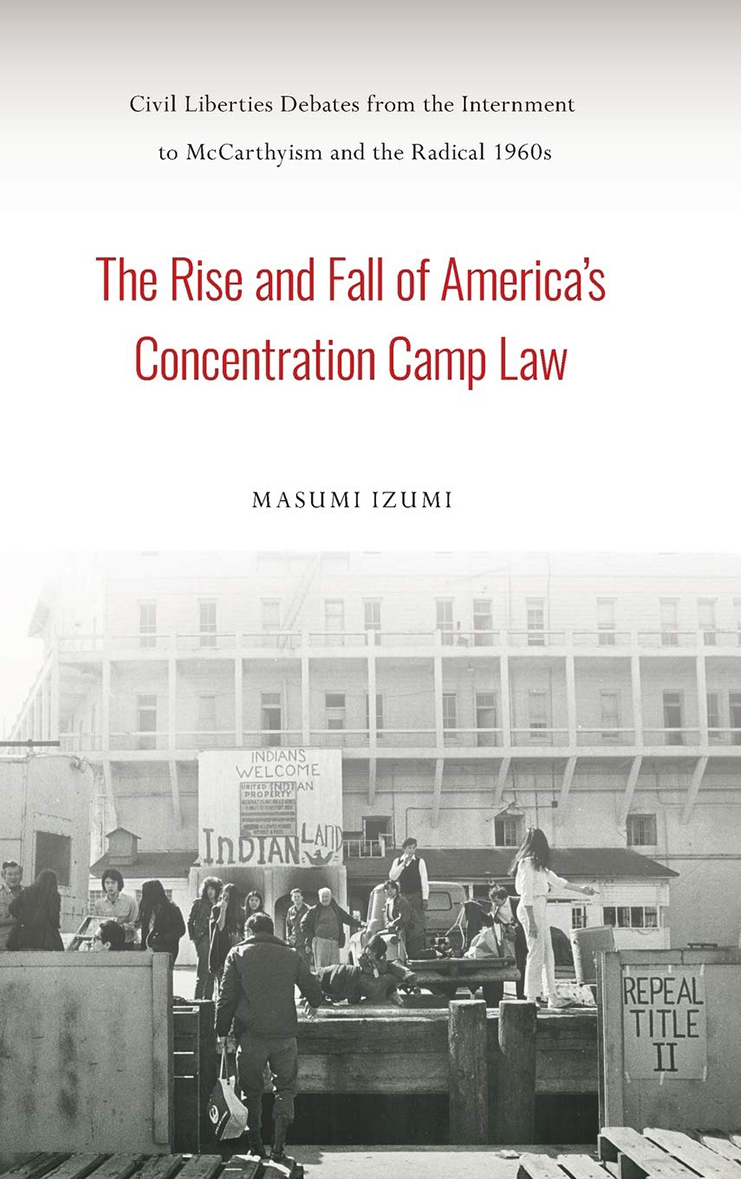 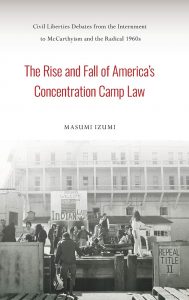 Masumi Izumi, professor of North American Studies in the Department of Global and Regional Studies at Doshisha University in Kyoto, Japan, specializes in the history of Japanese Americans and Japanese Canadians. In The Rise and Fall of America’s Concentration Camp Law, Professor Masumi Izumi tells the story of the passage of Title II, in 1950, and its repeal in 1971. This may seem like an obscure, relatively unimportant piece of history, but it has great connections to Japanese Americans and indeed has meaning for America today. It is a part of this country’s ongoing struggle to balance civil liberties with national and internal security.

Title II, or the Emergency Detention Act, said that the American legal system sanctioned the detention of citizens on the basis of suspected disloyalty. Six sites were chosen for detention centers, including Tule Lake, one of the 10 camps that held Japanese Americans prisoners during WWII. This legislation was passed when the U.S. was undergoing a “red” scare, a fear of communism and assorted left wing and civil rights groups and also coping with a fear of nuclear war.

What Izumi shows us is how the incarceration of Japanese Americans, 2/3 American citizens, had torn a hole in the constitution, that a precedent had been set in which, as Justice Robert Jackson said in his dissent to the Korematsu v. United States decision, “lies about like a loaded weapon ready for the hand of any authority that can bring forward a plausible claim of an urgent need.”

Izumi lays out in great detail how the shadow of JA incarceration lay over so much of the debate, the arguments, the discussion that went on in the legislative fight to pass, and then, 21 years later, to repeal Title II.  No one wanted to be seen as “weak on communism,” so both liberals and conservatives wanted to pass something to protect the country from foreign and domestic influences that appeared to attack and undermine our freedom and, of course, our capitalist system of government. How far to go was the issue, and with agencies like the FBI firmly dedicated to rooting out “disloyals” by assembling and keeping lists of suspects, a system was put into place allowing for mass roundups if necessary. It was contentious and hard fought, and the conservatives won.

However, many were appalled and upset by this legislation and immediately started to challenge it. How Title II was finally repealed in 1971 is a great and inspiring story, and the involvement of Japanese Americans in this effort is particularly satisfying. Persons like Edison Uno and Ray Okamura and the Japanese American Citizens League played major roles in rallying citizens to fight for the repeal, joining with other groups and organizations to pressure members of Congress to see how dangerous this legislation was. It was a starting point for organizing for the redress fight.

The story is absorbing, and relevant for today’s politics as 9/11 shows. Izumi has done meticulous research, lays the arguments out logically so that each step in the history is clear. This is an important and valuable book for our community, for as hard as it was for our community, the harm that it did to the constitution was and is much more damaging.

However, I have one problem. I have found that much important information can be found in books and of course, they are written to be read. My problem is that academic works are often written to be read by other academics, and because certain rules are followed in Academia, these books are very dense and closely argued. Izumi is a very good writer, but all that documentation and detailing makes for slow reading. I am not an academic and I can appreciate the care that a historian must use in presenting a case. Still, I wish that a story this important could be presented in a way that would reach a big audience. The twists and turns of legislation in all their complexity are difficult to follow, especially involving such a large cast of characters over a long time period.

I applaud Izumi’s work and feel that she has illuminated  issues of great importance, namely that the incarceration of Japanese Americans was a dangerous and precedent-setting act on the part of  President Roosevelt and the American government. It altered the allocation of power in far reaching ways, and every generation has to cope with these changes. These are important lessons and I wonder how they could be told in a way that would reach everybody.