Join Our Board of Directors

Do you want to be a part of shaping our local and community media? Do you have a unique perspective and background that can contribute to the IE’s direction? The IE is now seeking motivated people to join our board of directors.

To inquire, please send a letter of interest and a resume to [email protected].

Gary Iwamoto (Secretary) is a grantwriter, nonpracticing attorney, playwright, creative writer, and conducts student disciplinary hearings and section 504 hearings for the Seattle School District. He was a member of Gordon Hirabayashi’s coram nobis legal team, which successfully overturned Hirabayashi’s World War II convictions for violating exclusion and curfew orders. As a playwright, he wrote “Miss Minidoka 1942,” the first play which the Northwest Asian American Theatre produced at the Theatre Off Jackson. He has been connected with the Examiner as a writer/volunteer since 1974.

Sokha Danh (At Large) Sokha Danh works for the City of Seattle’s Office of Housing as the Community Engagement Specialist. Passionate about working for underserved populations, he previously focused his time on district revitalization and public safety for communities of color in Seattle and unincorporated King County. Sokha is a graduate of Seattle University’s Albers School of Business and Economics.  He is also currently serving on the Board of Directors for the Seattle Neighborhood Group, a nonprofit whose mission is to prevent crime and build community through partnerships with residents, businesses and law enforcement.

Leslie Lum (At Large): Leslie Lum is a Professor at Bellevue College and has extensive industry experience including strategic planning at a Fortune 100 now part of Citigroup, investment banking with a global bank and general management of a retail start-up. Leslie authored the textbook Personal Investing and coauthored Business Consulting in a Multicultural America. She has an MBA from Columbia University, an MSW and BFA from the University of British Columbia, and holds the Certified Management Accountant (CMA) designation. She has been on the board of APACE-Votes for the past year and on the Advisory Board of the UW Foster Consulting and Business Development Center for over 20 years where she developed expertise with minority business enterprises. She has published poetry, short stories and her play Geomancer was read at the Vancouver Asian Canadian Theater.

Arlene Oki (At Large) worked for the City of Seattle Human Services Department as a Planning & Development Specialist for the Homeless Intervention & Block Grant Administration. She is active with the Nikkei Heritage Association and was board president of the Japanese American Citizens League. A long-time activist in the Asian American community, Arlene has also been involved with the IE as a contributing writer.

Travis Quezon (At Large) was born and raised in Honolulu, Hawai‘i and is descended from Filipino settlers in Hawai‘i. He has a BA in English from the University of Hawai‘i. Travis moved to Seattle in 2012 and currently lives in Federal Way. In Hawai‘i, Travis has been the interim editor of the Honolulu Weekly and executive editor of The Hawaii Independent. He received a Hawai‘i Publishers PAI award for enterprise reporting on Honolulu’s homeless communities in 2008. Travis has also worked as a freelance journalist for Reuters and Bloomberg. In Seattle, Travis has been the editor in chief of the International Examiner and executive director of The Seattle Globalist. In 2020, Travis led COVID communications and youth work with Asian Pacific Islander Coalition Advocating Together for Health. Travis is currently the marketing and communications manager for International Community Health Services. In his free time, Travis enjoys playing video games and volunteering for the community.

Joan Yoshitomi (At Large) retired from the Washington State Office of Superintendent of Public Instruction (OSPI) as the Director of the Center for the Improvement of Student Learning.  Previously she directed the Policy and Partnership Unit of OSPI, which is the state legislative liaison operations of the agency. Joan has worked in the public sector for more than 24 years.  Prior to working for the state, she managed the agenda of the King County Executive Gary Locke and the executive staff; as well as, coordinated the community outreach activities for the executive office.  She worked for the Seattle Public School District as their state legislative liaison, developing, monitoring and moving education legislation.  As Chief Deputy Comptroller for the City of Seattle, Joan was responsible for the staffing and management of the financial systems of the city and the operation of the City Clerk’s office.

Joan is a graduate of the University of Washington.  She has been actively involved in both local community activities and Asian Pacific Islander community issues.  She completed two terms as former Governors Gardner’s and Lowry’s appointment to the State Board for Community and Technical Colleges.  Served on the YMCA Youth And Government Board and Wing Luke Museum Board.  She is currently serving on the  Executive Council of the National board of The Center for Asian and Pacific American Women as well as Vice President of the Chinese Information and Service Center board in Seattle.

Special thank you to Drag and Drop Creative for all that they do to make the IE look good. 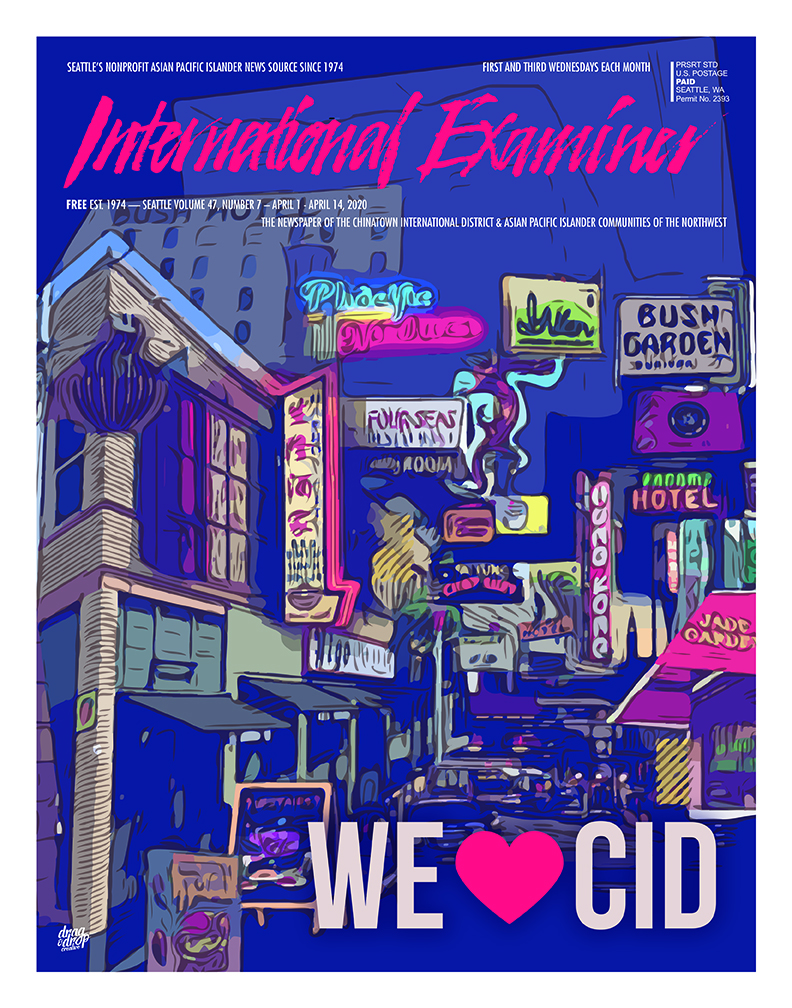