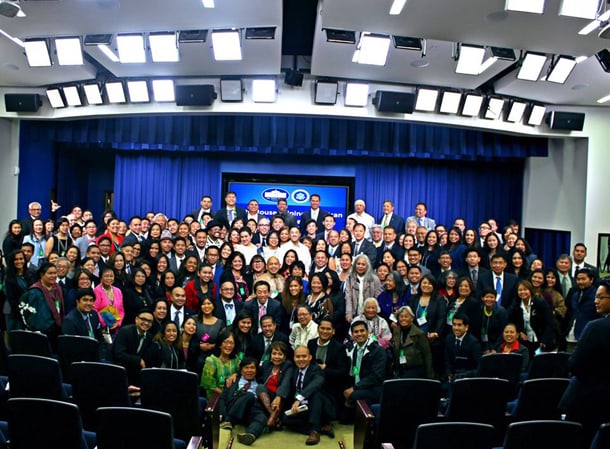 Over 200 people were invited to the Executive Office of the President at our nation’s capital on October 2, 2015 for a three-hour celebration of Filipino American History Month hosted by the White House Initiative on Asian Americans and Pacific Islanders. The Washington State delegation included the following: Dorothy Cordova, Pio DeCano Jr., and Tony Ogilvie from Seattle; Lee Noble and Senaida Crisostomo Schlemp from Tacoma; Rey Pascua from the Yakima Valley. • Photo courtesy of the White House and the Asian Pacific Island Initiative Office