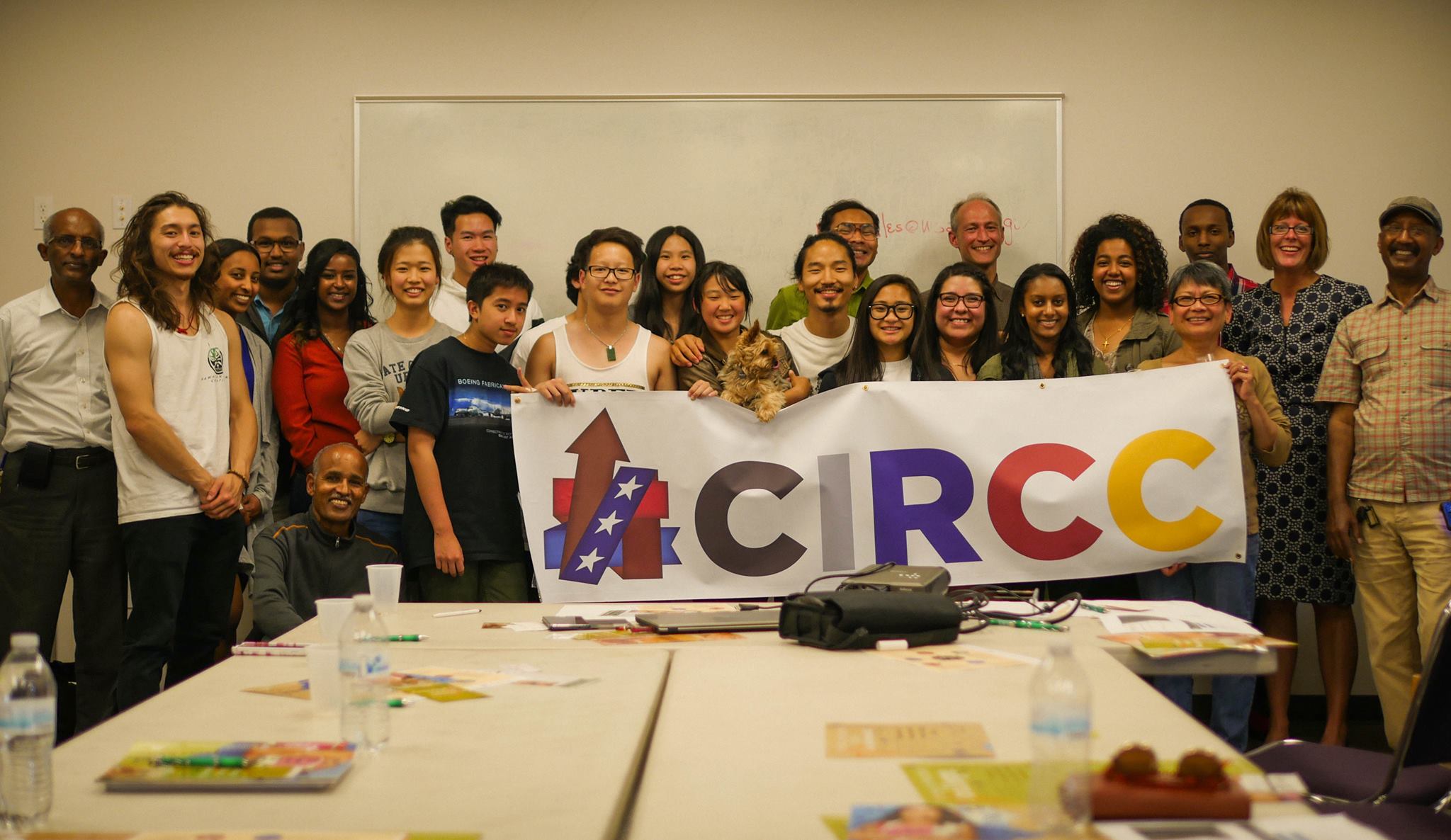 By Jackie Vaughn,
Coalition of Immigrants, Refugees and Communities of Color (CIRCC)

Like many people around the country, members of the Coalition of Immigrants, Refugees and Communities of Color (CIRCC) were shocked and angered that President Trump reportedly singled out Haiti, El Salvador and African nations as “shithole countries,” whose people were not the kind of immigrants the United States wanted. This reckless and harmful use of words was the most recent act of shame that President Trump has brought to the citizens of this nation.

As an organization that values community and diversity, and believes in collective strength and collective work, the words used by Mr. Trump are disturbing. We are deeply upset, because our coalition was created to build informed, engaged, and equitable communities with many who come from countries that Mr. Trump undermined.

It is encouraging to see so many take a stance to hold Mr. Trump accountable for his racist remarks, but the real work that needs to be done is to address the racist and xenophobic history of our immigration laws. While it was disturbing to hear the President describe other developing nations as sh**hole countries, his remarks reinforce a system that has always been used as a filter to determine who is deemed worthy to come to the U.S. The Chinese Exclusion act of 1882 set precedent for the U.S. immigration system to institutionalize racist restrictive policies that prohibited those who the U.S. did not want to come here. In 1921 and 1924, the U.S. enacted a quota system, which mirrors our modern policies. Although they do not explicitly exclude by race, they are intended to disproportionately impact refugees and immigrants of Color. What Mr. Trump pronounced was racist. However, his words only verbalized a long legacy of how the U.S. has always restricted immigration by race and class.

What makes the current President’s comments even more harmful is the lack of accountability of U.S. military and policy intrusion in foreign affairs that has destabilized the countries that he referred to. U.S. intrusion in foreign affairs has left the infrastructure of these countries vulnerable, has aided in the development of organized crime and corruption, has supported widespread violence and human rights violations, and has destroyed natural resources.

Mr. Trump’s remarks were a blatant display of racism that is the foundation of his administration. CIRCC, our coalition, actively works to address the concerns and issues of immigrants and refugees from different parts of the world. We believe in dialogue to address the institutional racism that is inherent in our immigration system. Trump’s remarks are counterproductive to our organization’s efforts.

In King County, 20 percent of the population is immigrants. Washington receives the 8th largest number of refugees of any state in the U.S. President Trump’s comments were a blatant disrespect to our neighbors, friends and families. If we are going to stand with those in our communities to whom these comments were directed, we need to address the racism in our immigration policies and the U.S. foreign policy implications in their home countries. Here in Washington we can begin to address the racist practices of our immigration system by supporting Maru Mora who is being targeted for deportation because of her organizing and activism against the racist practices of ICE and this administration. Maru is being singled out because of her activism, and our broken immigration system is being used in attempt to silence her organizing work. Stand with Maru and all of those who this country seeks to silence, exclude, and erase.