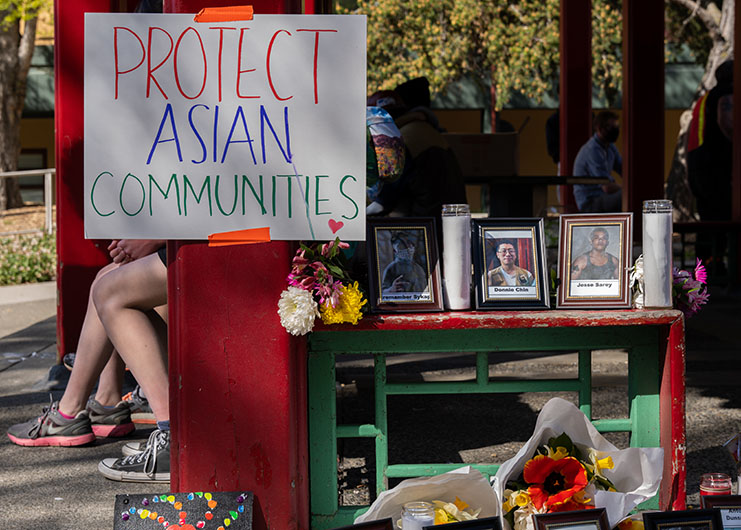 Last Saturday on April 17, community members rallied at Hing Hay Park around 3:00 PM for the “Not Your Model Minority March.” The effort was organized by API grassroots organizers that are calling for solidarity with the API community, which has seen a recent uptick in violent crimes nationally and locally. The action also emphasized the importance of community organizing, instead of increased policing in the area, as a more effective response to resolving violence in the neighborhood.

Organizers also spoke to the importance of protecting Asian elders and ending white supremacy, as well as increasing protections for sex workers. After the rally at Hing Hay Park, community members marched around the International District at several key landmarks of historical importance in the neighborhood. This is a photo essay of the event. 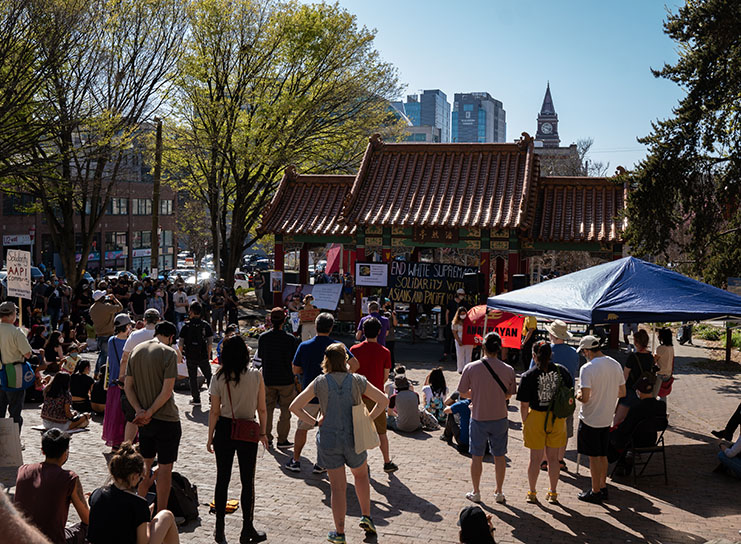 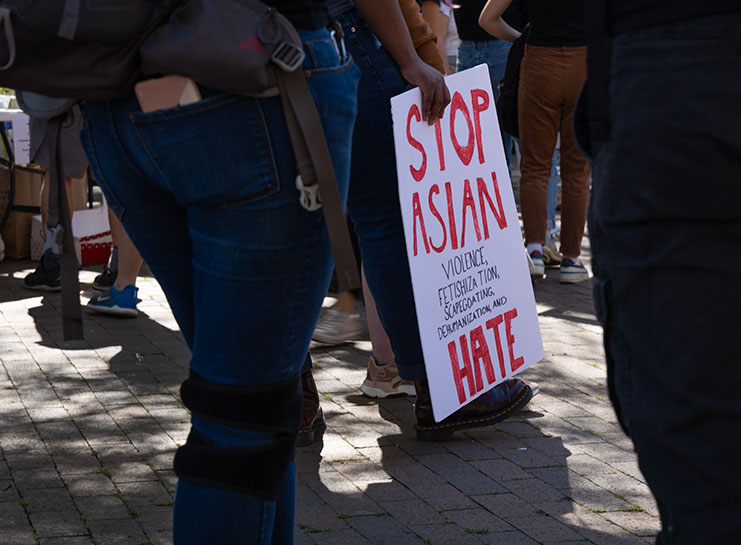 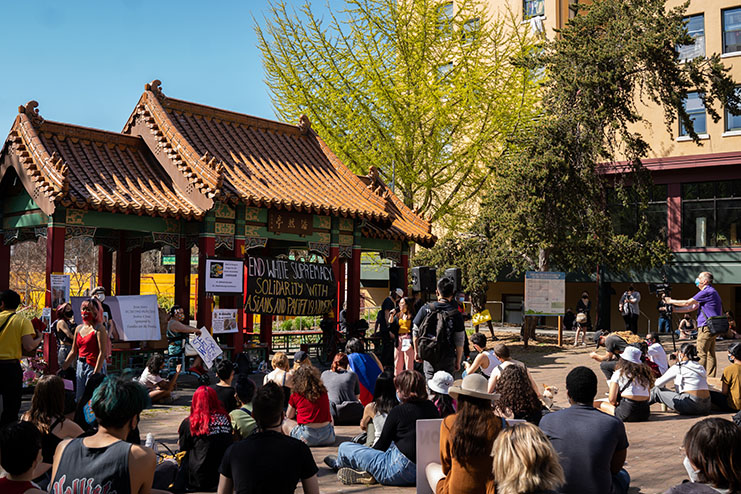 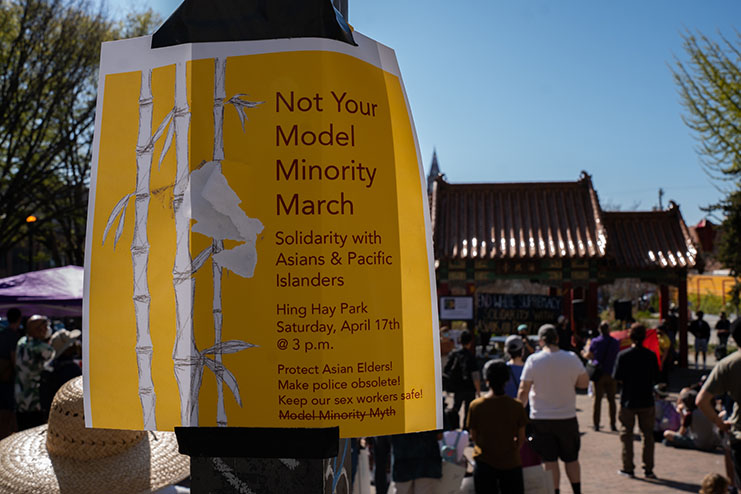