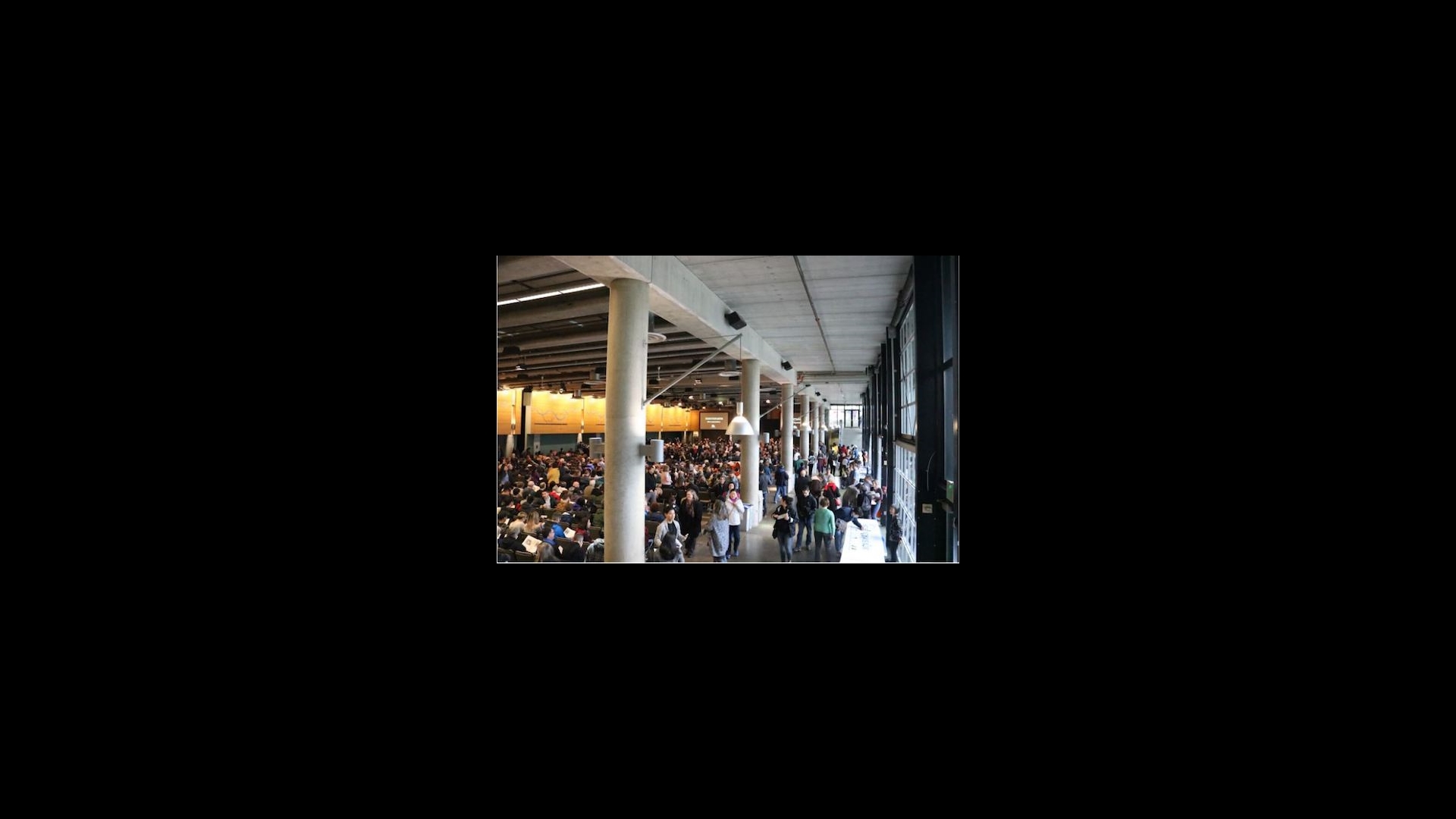 Passion broke through as Troy Osaki’s voice cracked at a climax in his spoken word piece. This passed-down story of Japanese American incarceration was personal to him and many others as was made clear by tears, a rise in solidarity and a roar of applause.

Osaki, a Japanese-Filipino American poet and community organizer whose grandmother was incarcerated during World War II, shared his spoken word piece at the event “Never Again: Japanese American WWII history and American Muslim rights today” on February 19. Densho partnered with the Washington chapter of the Council on American-Islamic Relations (CAIR-WA), the Seattle Public Library Foundation, and ACLU Washington to host a discussion and panel on the Day of Remembrance. The discussion responded to President Donald Trump’s executive order barring refugees and immigrants from seven predominantly Muslim countries.

This year marked the 75th anniversary of Executive Order 9066, which led to the incarceration of over a hundred-thousand people of Japanese ancestry, about two-thirds of them U.S. citizens, during World War II. “Never Again” captured the attention of thousands as parallels were drawn between what happened to Japanese Americans in 1942 and what is happening to Muslims in the United States today.

“We have to acknowledge our shared humanity, care for each other and take a stand for each other. So today as we take time to remember those things which must never be forgotten so that those tragedies will not be repeated,” said Michele Storms, deputy director of ACLU Washington and moderator of the panel.

The event was held at the Seattle Center Fisher Pavilion instead of the original location at Seattle Public Library in order to accommodate the overwhelming response and attendance.

Three years ago, this same event likely would not have gained as much momentum, said Tom Ikeda, founding executive director of Densho. Over 13,000 people clicked “interested” on the event page on Facebook, and an estimate of more than 1,500 people took their seats and stood on the sides on the day of the event. More have streamed the event through Densho’s website.

“There was actually quite a few tears shed up front amongst the elders and me when we saw how many people were coming … to have a room this large filled is meaningful not so much to just remember what happened during World War II but because we really want to support the Muslim community because we know what happened,” said Ikeda.

Japanese immigrants and Japanese Americans were discriminated against because of their ancestry in 1942. Now American Muslims, which including those born in the United States, are being discriminated against based on their religion and appearance, said Arsalan Bukhari, executive director of CAIR-WA. Even those who are mistakenly perceived as Muslim have become targets.

A section of the booklet passed out at the event said, “Seventy-five years after EO 9066—amid unprecedented levels of immigrant detention and heightened restrictions on Muslim and Arab Americans—this history of racial pro ling and discrimination is an important lesson in what happens when fear trumps civil liberties.”

Though measures such as incarceration or travel bans might be warranted on individual bases, blanket statements that affect entire groups of people based on traits such as race and religion are an overreach, Ikeda said.

According to Bukhari of CAIR-WA, the danger lies in people being bombarded by inaccurate portrayals of Muslims and then unintentionally imagining such portrayals in those they see. Communities of people are stereotyped and a disparity wedges in between perception and reality. This misinformation causes prejudice, but education to the masses is the answer, Bukhari said.

Ikeda said we need to take preventative action and ensure persecution of groups of people singled out by race, religion, or national origin does not happen again.

In their final comments, panelists Jayapal, Ikeda, and Bukhari echoed one another in empowering the crowd to action. “Never Again” called people to stand in solidarity, to work through difficulty, and to educate ourselves and others similarly.

“When you are wondering if it matters, just know that if you do not stand up then nobody else can stand up to form that collective voice,” said Congresswoman Pramila Jayapal, who sat on the panel. “We need every single one of us in the struggle … to continue to engage and fight for the values of this democracy.”

The final day at the Viet-Wah Supermarket

Theresa Fujiwara: lessons from a lifetime of social justice work