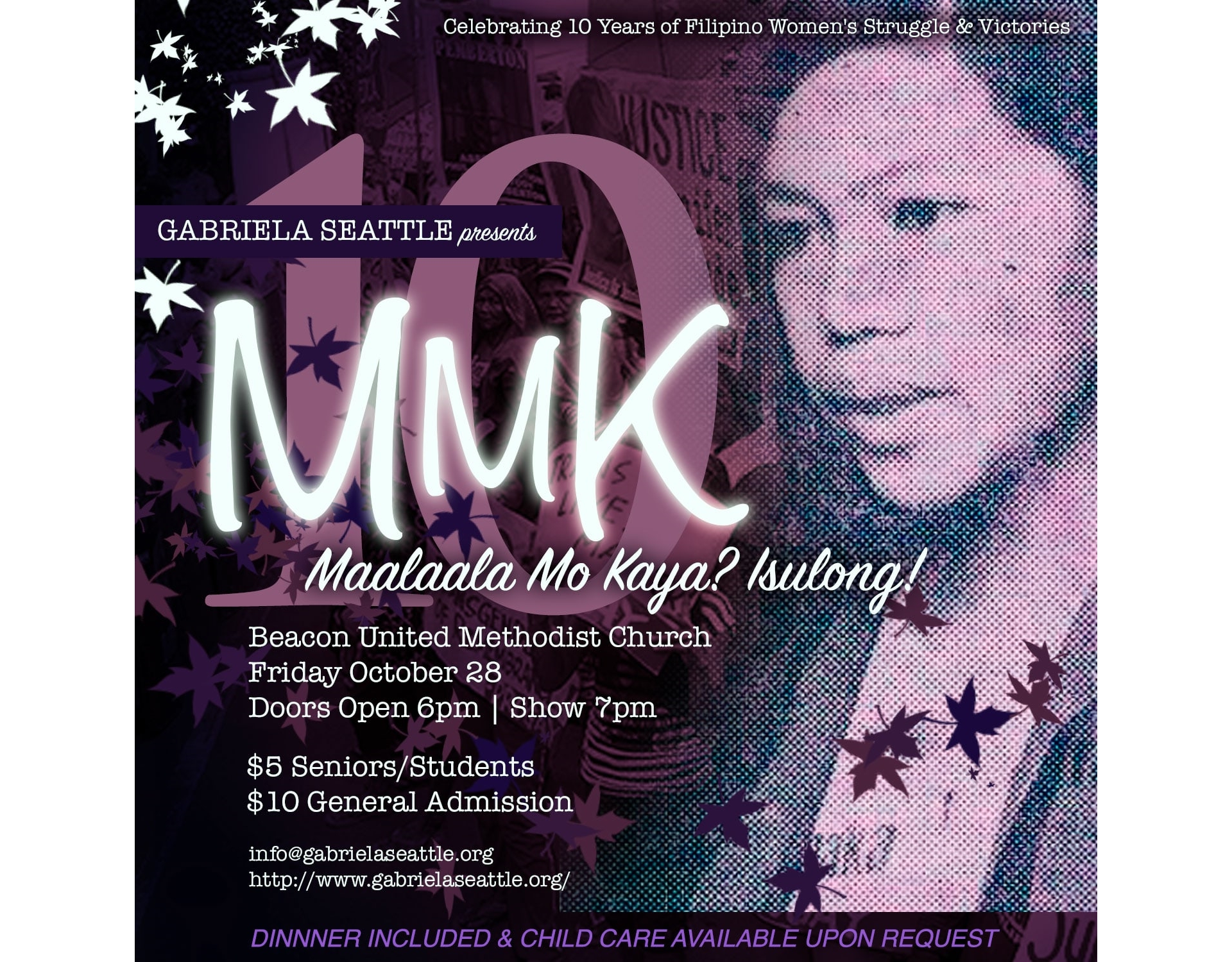 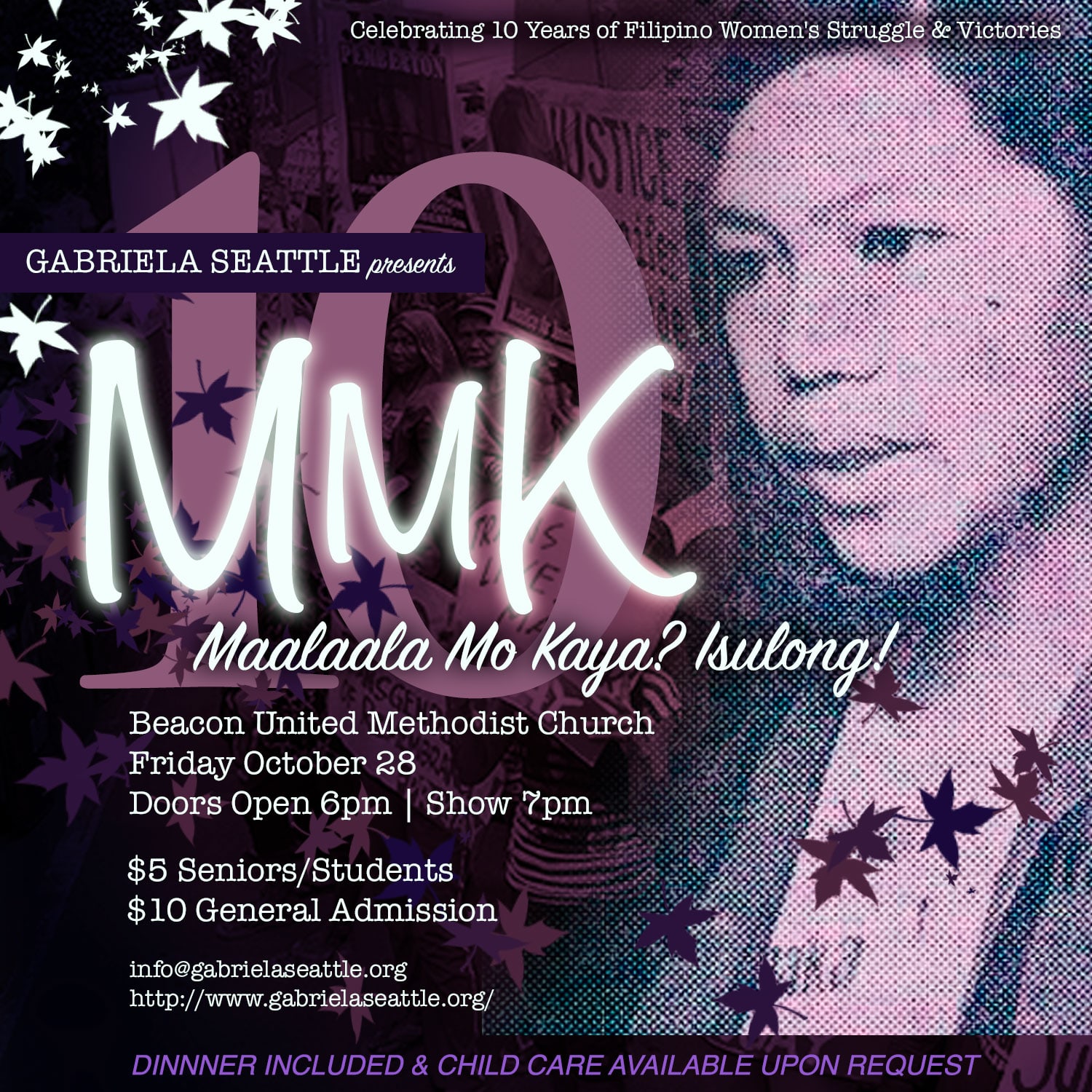 GABRIELA Seattle’s one-night musical production, “Maalaala Mo Kaya? Isulong!” (“Would you remember? Onward!”) is inspired by the longest running drama anthology in Philippine television, Maalaala Mo Kaya. The play follows an overseas Filipina worker (OFW) Maritess as she leaves behind her family in the Philippines to seek livelihood in the United States. The play written by GABRIELA Seattle members shows the harsh reality of forced migration and worker exploitation experienced by the 6,000 Filipinos leaving the Philippines everyday.

The event will be on Friday, October 28 at Beacon United Methodist Church. Doors will open at 6 p.m. and the show will begin at 7 p.m.

Tickets are $5 for seniors and students and $10 for general admission. Dinner will be included. Childcare is available upon request.