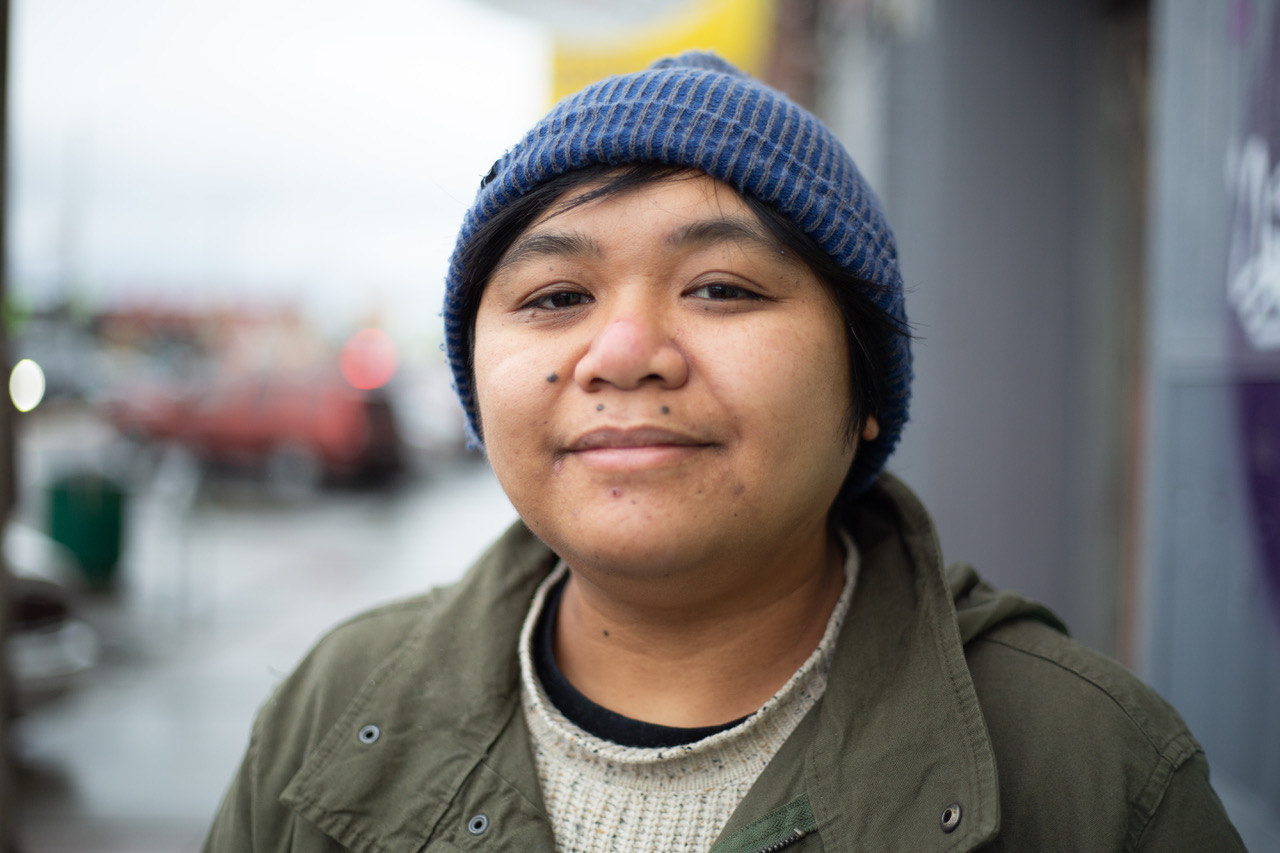 This article originally ran in the South Seattle Emerald on August 17, 2021.

Last month, Got Green, a South Seattle-based grassroots organization that works towards environmental, racial, and economic justice made a big announcement. The organization’s executive director, Jill Mangaliman, transitioned out of their position after a decade. Mangaliman joined Got Green as a volunteer in 2009 and has left a lasting impact on the organization through their leadership on various campaigns and programs over the years.

“I definitely consider myself like, you know, I call it a late bloomer,” Mangaliman said regarding their long-time community organizing work. They had grown up in a Filipino household where the discussion of politics rarely occurred, so they consider their road to activism to have begun much later in their life.

Mangaliman’s parents immigrated to the United States during the 1970s after experiencing the Marcos dictatorship in the Philippines. Mangaliman was born and raised here in Seattle, where they learned to maintain their connection to the local Filipino community. Mangaliman was a former karaoke host at the Bush Garden, where they met and connected with respected Filipino elders in the community such as the late Uncle Bob Santos. In their down time, Mangaliman enjoys connecting with their Filipino culture in a variety of ways, from cooking family recipes passed down from their mom to singing karaoke.

“But I do hope at some point, you know, we can all get together and sing karaoke again, sing together. It’s what I look forward to. Until then I’ll just sing in my car by myself,” Mangaliman said.

Their journey towards community organizing began in 2007, when they accepted a canvassing job with Washington CAN after being inspired by the campaign for universal health care in the U.S., which hit close to home since their mother was in and out of the hospital battling a medical condition. From there Mangaliman began to learn more about immigrant rights and eventually found themselves canvassing in Lynwood to stop their police department from collaborating with ICE on deportations.

At the end of 2008, an old supervisor of Mangaliman connected them to Got Green’s executive director at the time, Michael Woo, a community leader who had experience in local labor organizing as a co-founder of the Alaska Cannery Workers Association. Woo also contributed to No Separate Peace, a publication intended to organize and give voice to Seattle’s workers of color.

Mangaliman eventually went from being a volunteer for the organization to becoming a pivotal member of initial leadership and their food access team.

“It was the first time I wrote a grant, you know, did fundraising … I think Got Green, just like, created so many opportunities for leadership that I didn’t have,” Mangaliman said. “In the initial days, we [Got Green] were really small and scrappy. We didn’t even have an office; we were meeting in the park or the teriyaki donut shop (King Donuts).”

Got Green was founded by Woo and Kristyn Joy, and initially was created as a program to provide home weatherization job training to workers of color in South Seattle. Since then the organization has grown significantly with now three committees (Food Access, Young Leaders, and Climate Justice) that are designated to impact the local community through direct action. In recent years, Got Green has led anti-gentrification campaigns in the local community, such as their “Don’t Displace the South End” Town Hall event documented by the Emerald in 2018. In 2010, Got Green moved into their first office space at Southside Commons; Mangaliman remembers how meaningful that transition was for the organization at the time.

“I think it was special for us to have, like, a space for People Color, BIPOC workers, to get together in the South End and talk about what environmental and climate justice meant to us,” Mangaliman said. Many of these conversations revolved around adjusting to the active displacement of BIPOC community members in South Seattle, largely due to rising rents that followed the development of the light rail and new apartment developments by its stops in the neighborhood.

In 2012 Woo announced to Got Green leaders that he wanted the organization to begin a two-year long transition plan leading to his reduced role and eventual retirement. Mangaliman officially joined Got Green as a staff member in 2013, with establishing the organization as 501(c)(3) being their first big body of work. Mangaliman became the executive director of Got Green in January of 2014, stepping into the position after having received mentorship from Woo during that transition period.

During Mangaliman’s time in the role, Got Green has grown immensely in its outreach and various programming. The organization’s budget has grown from $350,000 in 2013 to $1 million in 2021. Projects and campaigns Mangaliman has been able to lead during their time as executive director include Targeted Local Hire, Healthy Food for All (Fresh Bucks), Young Workers in the Green Economy Project/Green Pathways, Our People Our Planet Our Power, and a Green New Deal for Seattle. They have also served as co-chair of the City of Seattle Equity and Environment Initiative, assisted with the creation of the Environmental Justice Fund, and developed the new Sustainable & Resilient Frontline Communities(SRFC) section of the King County Climate Action Plan.

“The history of the environmental justice movement is really about solidarity and not just protecting our own communities from polluters and injustice but to really stand up for each other,” Mangaliman said. “Our people need and continue to make the connections between environmental justice, economic justice, immigrant rights, [and] have continued that working together.”

Now, Mangaliman is focused on putting their time and effort into supporting the National Democratic movement in the Philippines. In 2013 they traveled to the Philippines to assist on a typhoon relief mission, and since then they have been actively involved with organizing work for Filipinos living in the Philippines that are experiencing hardship due to the socio-economic conditions of the country.

According to ABS-CBN, the Philippines has the second-worst COVID-19 outbreak in Southeast Asia, with over 1.7 million infections and more than 29,000 deaths. Earlier this month, several parts of the Philippines returned to the strictest lockdown level to attempt to contain the transmission of the highly contagious COVID-19 delta variant.

Earlier this month, the Emerald published a photo essay on the local launch of the Duterte Wakasan Na campaign, which seeks the resignation of Philippine President Rodrigo Duterte for human rights violations in the country. Human Rights Watch reports that extrajudicial killings in the country — often committed under the guise of a “war on drugs” — have increased dramatically during the pandemic. Mangaliman believes that their role in organization transnationally for those in the Philippines is their current life calling.

“I just remember being in the airport [Ninoy Aquino International], and crying because I’ve never been around so many Filipinos,” Mangaliman said. “I want that for all Filipinos, to be able to go back home … we’re all connected, you know, through our history, but also our struggle against so many colonizers.”