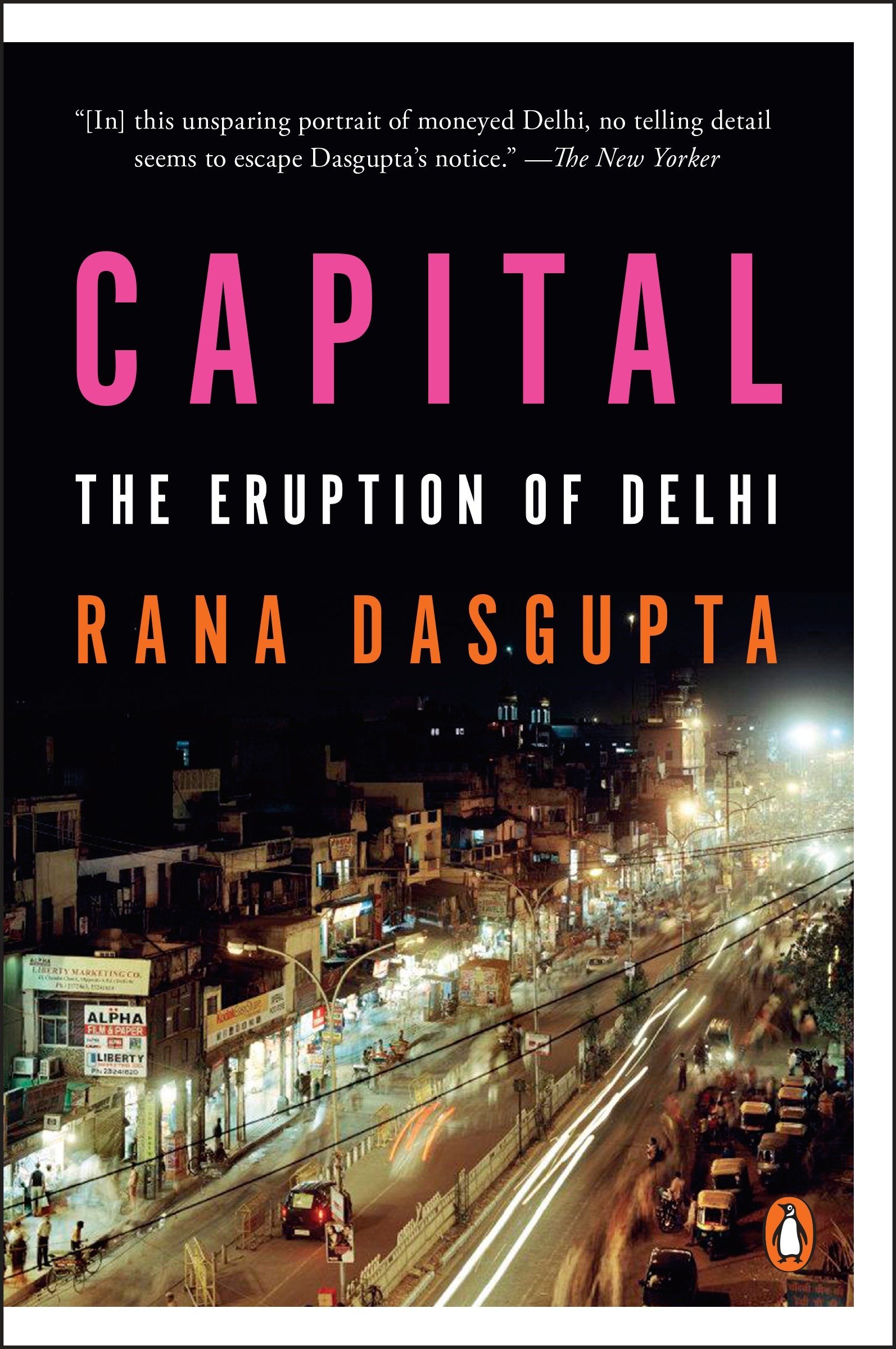 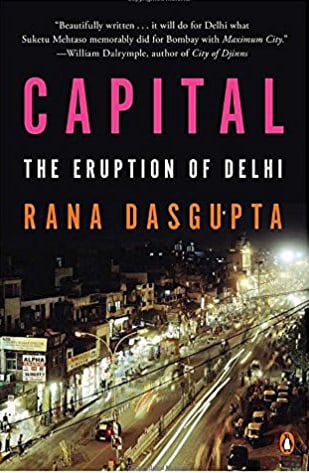 India’s cities—Mumbai, Delhi, Calcutta—are familiar landscapes for readers of Indian English fiction. What Rushdie did for Bombay in Midnight’s Children or Amitav Ghosh for Calcutta in The Shadow Lines was to render those cityscapes as unforgettable as Joyce’s Dublin or Woolf’s London. Rana Dasgupta’s book Capital: The Eruption of Delhi, with its title pun (Delhi as both the capital of a nation and a city shaped by global capitalism), takes a brutally honest look at Delhi of the 21st century through candid portraits of its denizens.

Delhi has been the capital of many a ruler, and as each monarch’s power waned, so did the fortunes of the city. But it rose again and again, and in its present form, the capital of India, it emerged from the catastrophe of the Partition. As refugees poured in and occupied or appropriated land left behind by fleeing Muslims, the city transformed itself yet again. Satellite cities, Gurgaon and Noida, have emerged near Delhi to make for a sprawling megalopolis which is an homage to global capitalism and free markets. This city, then, is fertile ground for unscrupulous entrepreneurs who build mega mansions, euphemistically called “farm houses,” and contribute to the extraordinary black market that has created an unprecedented growth in the area. As the rich grow richer and become super rich, the condition of the migrant workers who build skyscrapers and malls becomes worse; the unregulated growth of the city destroys the environment as the holy river Yamuna runs black with sewage and industrial waste, and corruption is way of life for people. Dasgupta’s narrative of Delhi is part socio-economic analysis and part biography of a city, that is told by a skilled novelist with an unerring eye for description and character portrayals.

Dasgupta interviews a vast array of individuals in Delhi, and the primary focus is on the wealthy. He writes of Raman Roy who had been the first to set up a business process outsourcing company that spurred Delhi’s growth in the mid-1990s, of Manish Arora who gained renown as a fashion designer and worked for Paco Rabanne, of the establishment of mega corporate hospitals that fuel medical tourism. He also profiles Bhalswa Colony where the poor were arbitrarily displaced by a city beautification project and the impact of such settlements on the lives of the working class. Each chapter features an aspect of Delhi life portrayed through interviews with individuals who represent that segment.

Interspersed with this is a history of India post-independence and in particular its economic changes. Dasgupta writes with a general audience in mind and his portraits of people keep the reader engaged, but the chapter after chapter of emphasis on unbridled greed, environmental depredation, and amorality begins to wear on the reader. Still, this book is an important read for anyone interested in global capitalism and the rise of India as an economic power.