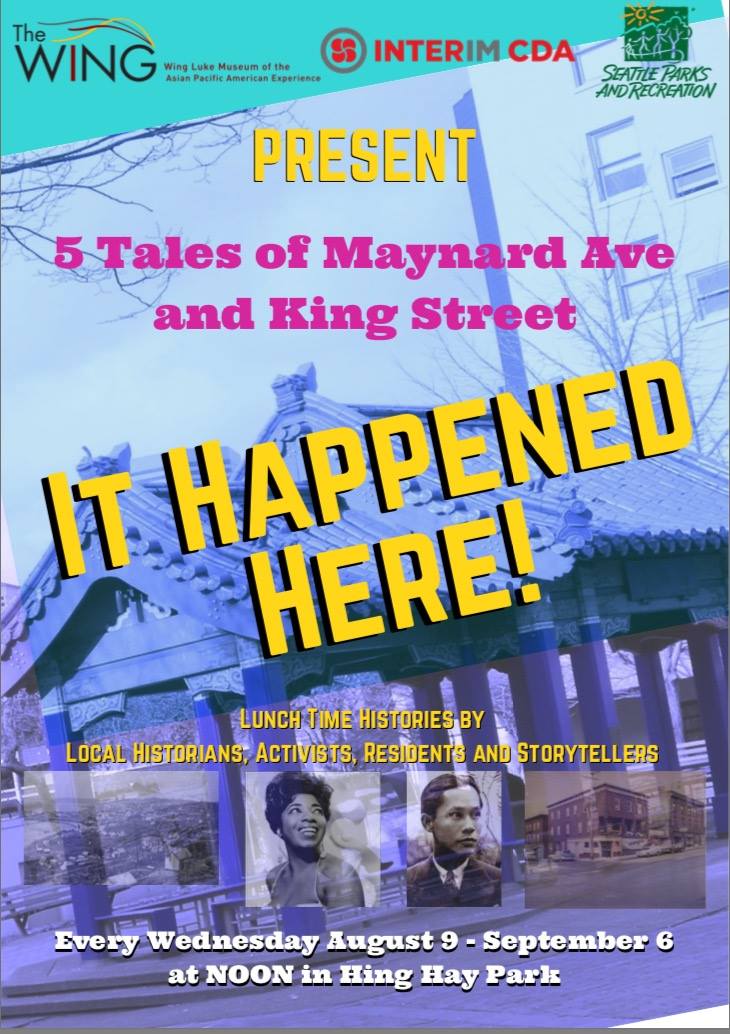 The Wing Luke Museum and InterIm Community Development Association are collaborating on a storytelling series called “It Happened Here: 5 Tales of Maynard Ave and King Street” at Hing Hay Park starting at 12:00 p.m. on Wednesday, August 9.

Hing Hay Park sits at an intersection of many community stories: Filipino, African American, Native American, Japanese American, and, of course, Chinese American. Each of these experiences has left its mark on the neighborhood. Five speakers will relate their own stories or the stories of others who have lived, worked, or played at the intersection of Maynard Avenue and King Street. Speakers include historians, storytellers, activists and academics.

This week, on Wednesday, August 9 is Maria Batayola. Maria was a cofounder of Theatrical Ensemble of Asians (TEA), and a longtime advocate for the Filipino community and an active member of the Filipino American National Historical Society (FANHS).