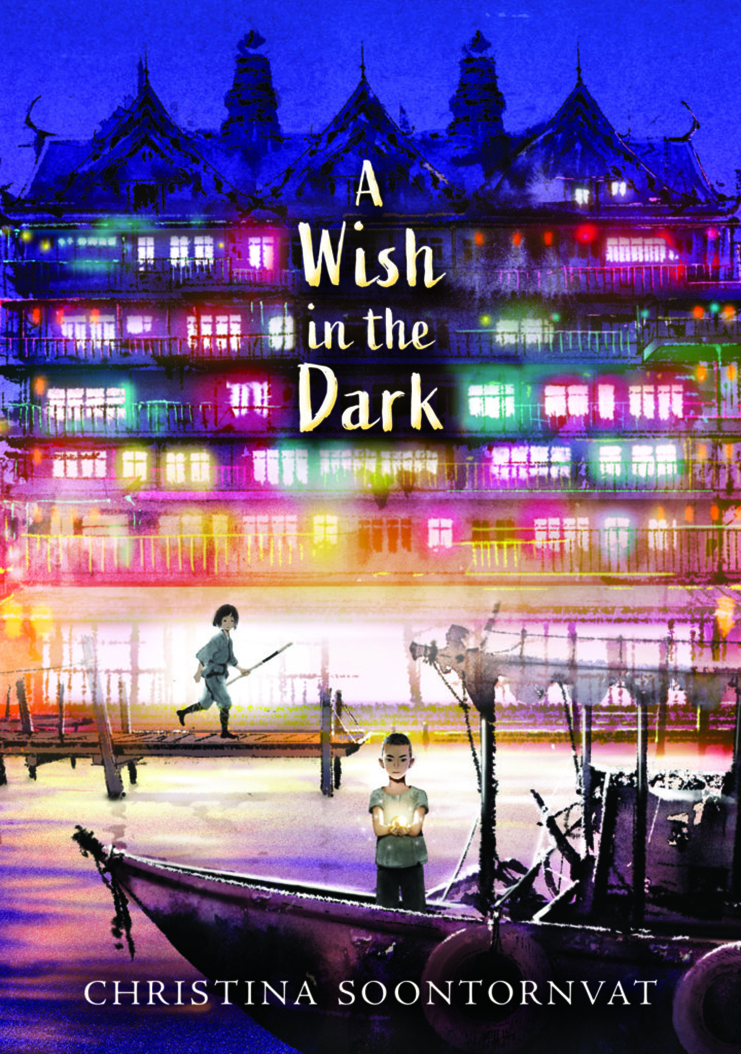 Three children roam the city streets of Chattana, on their own but linked together in a way none of them completely understand. Pong and Somkit were born to prisoners which has left both boys marked for life. Nok, the daughter of the prison warden who lost his position after Pong escaped for freedom, is intent upon capturing the fugitive and restoring her father’s lost honor.

Chattana is a city of brilliant light, surrounded by absolute darkness. Years ago a fire destroyed the city and now all flame is forbidden. The city’s blazing light comes from the power of one man, the Governor, who carries illumination in his fingertips. Under his touch, bulbs flare into globes of colored brightness and only he can decide what areas will receive this gift.

However he, Pong, and Ampai, a mysterious woman activist who is “a stirrer of hearts,” have one thing in common. All three wear identical bracelets given to them by the abbot of a monastery, who himself carried the gift of light. Their vastly different lives intersect when Ampai plans a protest march against the Governor’s absolute and crushing power with Somkit and Pong promising to help her. The two of them scavenge for the material needed for the protest and as they wander the city, Nok hunts relentlessly for the boy who destroyed her father’s career.

Where did the Governor obtain his ability to brighten the world?  What is the secret behind the scars on Nok’s arm, ones that could only have been inflicted by a forbidden fire?  What is the secret behind Pong’s talent for hearing sounds that nobody else can hear? These questions give this story mysteries that will entice even the most reluctant reader and will make it a splendid read-aloud choice for teachers and parents.

A Wish in the Dark is an intricate and resonant story with plot twists and political parallels that take it beyond the realm of the 8-12 age range that its publisher has assigned to it. While young readers will fall captive to the book’s fantasy and adventure, their parents will recognize the Governor who has turned the City of Wonders to the City of Rules, the City of Order, and who wants to raise taxes to build a “youth reform center.” As Chattana is thronged with people from the farthest corners of the countryside to march peacefully across the city’s bridge, memories of Selma, Hong Kong, and Bangkok come to mind and this story takes on a deeper dimension.

Thai-American Christina Soontornvat has drawn upon Thai culture and history, mixing them with the classic theme of Les Miserables. Within that framework she has placed unforgettable characters who battle against injustice in a novel that will speak to everyone from the age of eight up to eighty. No matter how old or how young its readers may be, they will all be heartened by its message of hope and persistence as they too find themselves wishing in the dark.