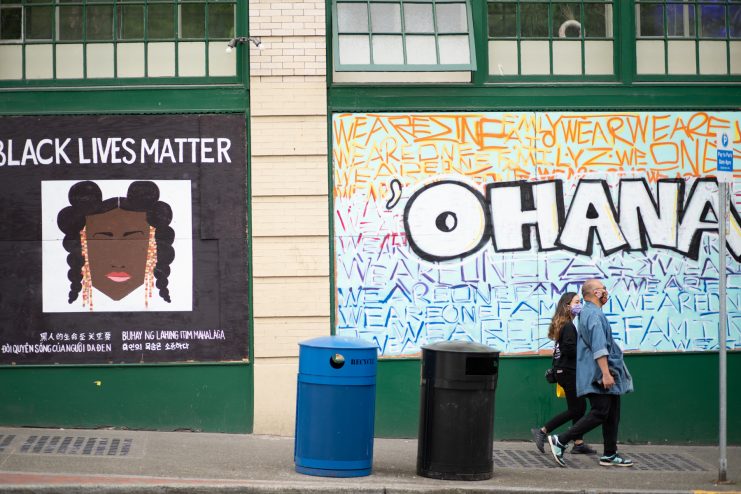 As of July 15, there are 44,313 confirmed COVID-19 cases in Washington state, including 1,427 deaths, according to the state Department of Health. In King County, there are 12,558 confirmed cases, including 631 deaths.

Support the ID – Community United, a Facebook group that formed to support restaurants and small businesses in the CID and those owned by people of color throughout the region, was frozen by its administrators on July 12 after concerns about the direction of the group. All posts in the group, since its beginning until July 12, are still accessible — but for now, people can’t make new posts or comment on old ones. The group’s administrator and co-founder Sarah E Baker wrote a post explaining the decision to freeze or “archive” the group. Baker wrote that that dialogue in the group took a troubling direction, to the point where business owners told her they are afraid to post in the group or no longer use it. “Posts about small businesses are being completely overshadowed, again, not by the true dialogue and conversations that have been occurring, but by petty exchanges,” Baker wrote. “The small glimmers of positive conversation and learning are wiped out by negative energy. Unnecessary calling out. Mean spiritedness.” Baker continued: “When the call-out culture becomes so toxic that any true dialogue is completely stymied? That’s a problem.” Baker wrote that the problems have “driven good people away from this group,” and “created an environment that is so hostile that I often wonder if we have completely lost sight of why we originally came together – to help each other.” Baker said the group could re-open in the future, with changes — but for now freezing the group is an opportunity to consider. “This is not an easy decision to make,” Baker wrote. “I hope that this is not an absolute.”

Our annual summer Pacific Reader issue is out in the latest print issue! What better time to borrow books from friends and/or support a local bookstore by buying some books and sitting out in the sunshine –appropriately distanced — and diving into some good reads? We have over 20 reading recommendations for readers of all ages in this issue and will be posting the reviews online our website as well. Happy reading!

Uwajimaya is making some changes to its free parking program, but will continue to offer two hours free parking in the Uwajimaya Village lot for those supporting businesses in the CID. Starting Wednesday, July 15, parkers will be required to take a parking ticket upon entering the lot. Any parker staying less than 2 hours will not need a parking validation and will not be charged to exit the parking lot.  Parkers will exit by inserting their parking ticket at the gate and no fee will be charged.  After two hours, normal parking rates of $7.50 per hour will apply – up to a maximum of $22.50.

Vietnamese-owned salons are struggling to stay open during the COVID-19 pandemic, Jeff Nguyen reports in Northwest Vietnamese News. “For many new immigrants from Vietnam, working in a nail salon is a first step in establishing a sense of financial stability and connecting with ethnic enclaves,” Nguyen reports. “However, with the advent of the COVID-19 pandemic, salon workers are facing disproportionate health risks and uncertain futures.”

Seven of nine Seattle City Council members support defunding the Seattle Police Department by 50 percent. Mayor Jenny Durkan spoke against the plan this week, saying she will veto a City Council vote on defunding the police if it would result in cuts to the department that Police Chief Carmen Best considers unacceptable. However, more than six Councilmembers support the plan, and could override a veto from the Mayor. For her part, Durkan proposed restructuring the police department and cutting almost 20 percent of the budget — though much of this would involve moving programs out of SPD control (for example, moving parking enforcement to the Department of Transportation), rather than divesting funds from the department for other uses. Councilmember Tammy Morales, who represents southeast Seattle and the CID, wrote a piece in the South Seattle Emerald explaining why she supports divesting from the Police Department and investing in community needs rooted in racial equity. Decriminalize Seattle and King County Equity Now presented a four-part plan for defunding the police before City Council members, including placing 911 dispatchers outside the Police Department, increasing community solutions for public safety, investing in affordable housing, and in a community plan to imagine alternatives to policing. Representatives from some CID organizations signed a letter drafted by the Seattle Business Improvement Areas alliance denouncing the proposal to cut police by 50 percent. Monisha Singh, Executive Director of the Chinatown-International District Business Improvement Area, Mei-Jui Lin, President of the Chong Wa Benevolent Association & Education Society, and Quynh Pham, Executive Director, Friends of Little Saigon, joined business, trade and neighborhood organizations in signing the letter, which can be read on My Ballard.

The 8th Annual AAPI Candidate forum will be held virtually on Zoom this year on July 22. Please see the registration link in the FB event page to fill out in order to receive the Zoom invitation the day prior to the event. Races include the Washington Legislative District 37 (which includes the CID) and Washington Congressional District 9.

Friends of Little Saigon (FLS) has put together a historical timeline for the neighborhood, from the escape of refugees from Vietnam in 1975 to the establishment of the Vietnamese community in Seattle and the Little Saigon neighborhood, up to 2020 and the opening of the Friends of Little Saigon Community Creative Space. The timeline is the result of research by Cara Nguyen and Becky Tran. FLS is moving into the next phase of research to further refine the timeline and develop it into a permanent exhibit at the future FLS Creative Space. This next phase of research “will help further identify individuals, communities (including other AAPIs, black and African American, and Native American communities), organizations, and businesses that contributed to the history and development of Little Saigon.” FLS is looking for a writer/research intern for the next phase of research. For more information on this position, take a look on their website at https://flsseattle.org/news-events/community-opportunities/