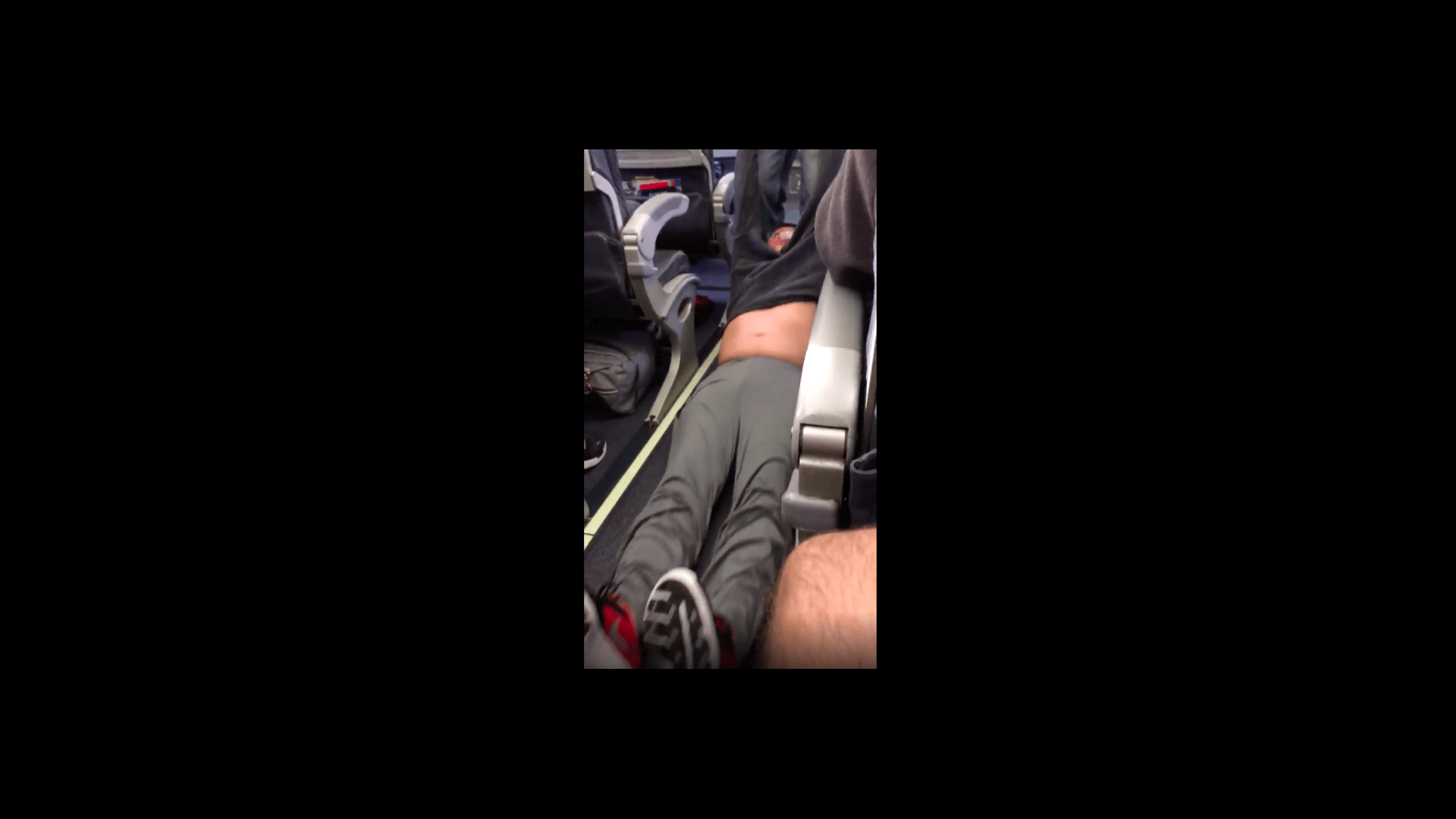 In America, when a source of authority says it randomly singles you out, you should always be wary.

On Monday, video surfaced of a Vietnamese American, David Dao, being forcefully dragged from a United Airlines flight departing Chicago for Louisville, Kentucky. Dao, 69, had allegedly refused to voluntarily give up his seat on the overbooked flight.

The video quickly went viral around the world, including in China, one of United’s largest markets, where it broke records for being the most widely shared video on social media. United stocks quickly plummeted, dropping 4 percent early Tuesday.

Many of the comments in China and elsewhere, meanwhile, questioned whether Dao, initially believed to be Chinese, was singled out for his ethnicity. His bleeding face is now the poster child for perceived racism in the friendly skies.

“Reflecting on my three nightmare-like experiences with United,” Richard Liu, the CEO of popular online shopping platform JD.COM posted on the Chinese site Weibo. “I can say … that United is the worst airline, not one of the worst.”

Reaction from the Asian American community has been equally swift and stinging.

“There is no justification for inflicting violence on any American who poses no physical threat regardless of race, occupation, or other characteristics,” declared the advocacy group PIVOT, which works on civic engagement issues in the Vietnamese American community. “As an organization that aims to engage and empower Vietnamese Americans for a just and diverse America, PIVOT categorically condemns United Airlines and the Chicago Police for their violent actions.”

According to reports, Dao and wife were among four passengers selected to involuntarily relinquish their seats to make room for United employees.

In its response to the growing PR nightmare, United’s CEO, Oscar Munoz added fuel to the growing fire after a leaked email was released showing Munoz referring to Dao as “disruptive” and “belligerent.”

Few in the Asian American community are buying the airline’s defense.

“How exactly were the four people selected to give up their seats on this flight? What is the method of ‘random’ selection?” asked blogger Phil Yu, better known as Angry Asian Man. “Do United computers come with a Random Passenger Removal Generator? Or does a flight attendant just take a quick glance around the plane and pick a poor sucker?”

In another online post, one gate agent wrote it is typically the agent that decides who to bump. “Usually, depending on the airline, it is determined based on the last passenger to check in for the flight.”

Reporting on the incident, Business Insider noted passengers can be “involuntarily denied boarding based on a number of factors.” These include “fare class of their tickets, frequent-flyer status, their itinerary, and when they checked in to the flight.”

Yet to be sure it is not all algorithm.

Like others, Yu believes Dao was selected in part because United staff assumed that as an Asian he would be compliant. “If the ‘randomly selected’ passenger had been a blonde white lady, and she refused to give her seat, there’s no way in seven hells that these cops would have dragged her ass out kicking, screaming and bloody,” Yu wrote. “Such indignities are apparently reserved for 69-year-old Asian physicians.”

He added, “Clearly, they were not counting on this guy to put up a fight.”

Asians, in other words, are often seen as passive and law abiding. But it turns out that the 69 year old Vietnamese American physician and grandfather was a fighter. And a protester.

Whatever the facts, clearly United failed to see the very real human and economic cost of treating a paying customer like a criminal.

In addition, according to Philly.com, United “had no right to remove Dao.” The story quotes aviation law expert Arthur Wolk, a Center City attorney who read the 45-page “contract of carriage.”

Dao “absolutely” had the right to the seat, and this was not a case of “overbooking,” according to Wolk, “because all the passengers had seats. What happened to Dao was assault and battery.”

Vietnamese Americans are making their opinions known on social media.

“A dumb move compounded by the CEO’s dumber move. A PR nightmare that even Kellyanne Conway can’t blame on Hillary. United needs to grovel publicly, settle the lawsuit with the passenger … then maybe the public will forgive,” noted Oakland resident Khoa Nguyen on Facebook.

“I am boycotting United for life! I think Asians and Asian Americans should, too … China in particular should too, considering United sees China and the whole of Asia as its cash cow for the foreseeable future!” read another Facebook post by a Vietnamese American woman. Her voice was echoed by many others.

“Totally inhumane & inexcusable,“ wrote Thuy Linh of San Jose. “I pray the victim will stay strong and take UAL to the bank.”

Neither Doctor Dao nor his wife are talking to the media at the moment. Surely he’s busy picking a team of talented lawyers, no random algorithm necessary.