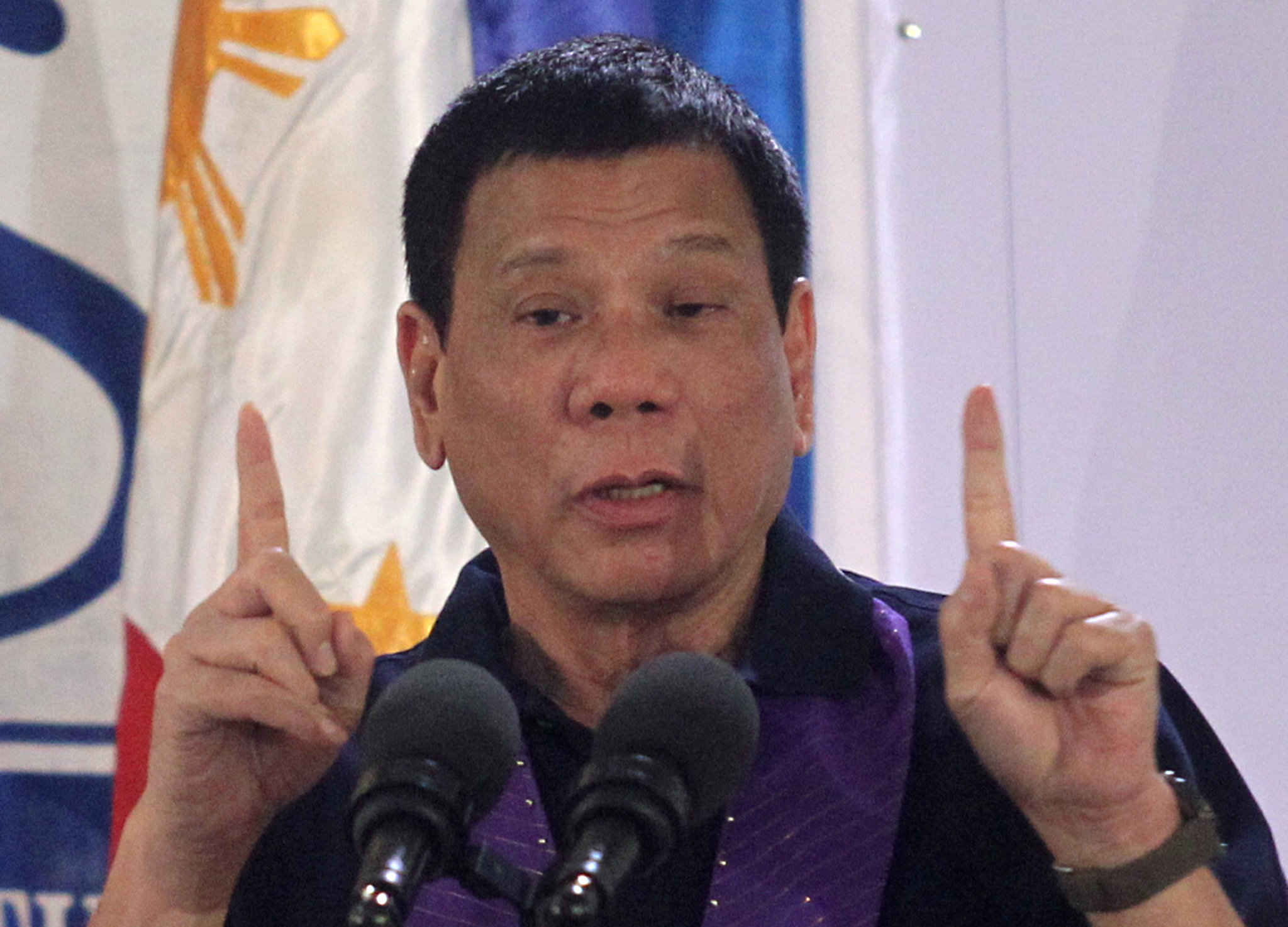 Forty-four years later, many are concerned that the specter of martial law may be on the horizon under newly-elected President Rodrigo Duterte, wiping out the democratic gains of the “People Power” movement that overthrew Marcos in 1986.

Duterte won the Philippine elections last May in a field of five candidates. Running on a platform of implementing law and order and ridding the country of drugs, Duterte has made good on his promise. However, human rights activists and lawyers and sectors of the international community, including President Barack Obama and UN General-Secretary Ban Ki-moon, have raised concerns over the extrajudicial killings, numbering over 3,500 as of September 22, under Duterte’s “War on Drugs.” According to a report from the Philippine Center for Investigative Journalism, just from July 1 to September 8 of this year, 1,445 people have been killed in police operations, 15,762 have been arrested, and 704,074 have “surrendered.”

In long-drawn-out press conferences, Duterte has repeatedly given power to the police and vigilantes to kill drug dealers and users with impunity. Shortly after his election, Duterte said he would kill 100,000 criminals during his first six months in office. In a response to the United Nations’ experts urging President Duterte to stop the extrajudicial killings, he responded that at least half of the Filipino population is involved in drugs-related trades and, given that, he was not going to stop the killings until the population is reduced by half. The latest government survey in 2012 found 1.3 million people in the Philippines were drug users.

In response to these extrajudicial killings, a Senate hearing in the Philippine Congress’s Justice and Human Rights Committee, chaired by Senator Leila de Lima, was convened. De Lima, former Chairperson of the Philippine Commission on Human Rights and Secretary of the Department of Justice, later ousted as chair of the committee in a coup by her colleagues. They charged her with spreading disinformation and revealing a self-confessed hitman who accused Duterte of ordering killings in Davao, where Duterte had served as mayor. An outspoken critic of Duterte even when he was mayor, de Lima has stated that Duterte’s placement of the Philippines under a “state of lawlessness” after a recent bombing in Davao is martial law without a declaration. The “state of lawlessness” will ensure coordinated efforts between the police and the military in the government’s fight against terrorism and illegal drugs. Human rights advocates claim this is one step toward officially declaring martial law.

Duterte, however, remains highly popular amongst the Philippine population, with a positive rating of 91%. This popularity, similar to that of Donald Trump in the United States, reflects the disgruntlement of both populations with ongoing contradictions in our societies. In the Philippines, people face ongoing problems with corruption in the government, especially highly publicized cases of politicians from the traditional political parties, including some of the 2016 presidential candidates; persistent poverty and lack of health care; a large overseas workforce due to limited economic opportunities within the country; high crime rates; and, in the largest cities, huge traffic and public transportation issues. Duterte has been able to build a cross-class popular movement, because he is not from the traditional political circles that people have become disillusioned with. He became well known for his “successful” war against crime in Davao, although it is rumored that over 1,000 extrajudicial killings took place during his mayoralty.

While the drug situation, especially around a synthetic drug called shabu, is a real issue throughout the Philippines, it may not be as extensive as it is here in the United States. In a September 18 article on Philstar.com, based on a national survey, drug use in the Philippines could range from 1.8 to 4.74%, which falls below the global average of 5.2 percent. Free or government-run drug treatment centers are nonexistent, and so the war on drugs is targeted at the poor. For those who surrender, jail and prison is the protocol, where overcrowding and violence were at an extreme before Duterte’s drug war.

The extrajudicial killings have reignited activists from the former anti-Marcos movement, both in the Philippines and the United States—especially the victims of torture and detention and the families of those who died under the dictatorship. In response to Duterte’s intention of giving Ferdinand Marcos a hero’s burial in the Philippine national cemetery Libingan Ng Mga Bayani (LNB)—comparable to Arlington National Cemetery in the United States—protests were held in the Philippines and in front of the U.S. consulates in San Francisco, Los Angeles, and New York. These coalitions have expanded their call for a halt to the extrajudicial killings to include “No burial for Marcos at LNB!” and “No to dictatorship.” But in the years since the Marcos dictatorship, the lack of education about the repression and acts of corruption the Marcoses and their cronies committed, including robbing the national treasury of billions of dollars, has left a generation ignorant about that period. Over 50% of the Philippine population has been born since the People Power Revolution led by Cory Aquino overthrew the Marcoses. Now, the country is feeling the impact of a generation of Filipinos that knows nothing of a dictatorship, and, in fact, is open to the idea that drugs are to blame for the ills of Philippine society and that some must be sacrificed so that others can live better lives.

Duterte’s war on drugs is his main initiative. Without sufficient attention, economic development, antipoverty initiatives, land redistribution, closure of the largest foreign-owned mines, and reproductive health have fallen by the wayside. Duterte has had some success with his peace initiative with the Communist Party and the New Peoples’ Army, garnering a cease-fire, and, it is hoped, moving toward negotiations. He also appointed three members from the left to key positions in his cabinet.

The international community plays an important role in bringing attention to the human rights violations in the Philippines. As the situation in the Philippines worsens, and fear takes hold of its society in the midst of vigilante and police extrajudicial killings, it may be up to us in the United States to lobby Congress and make our voices heard that we will not allow fascism to take hold in the Philippines again. As the slogan in the Philippines says, “NEVER FORGET! NEVER AGAIN!”

Cindy Domingo has been doing Philippine support work for over four decades. Her brother, Silme Domingo, and fellow trade unionist Gene Viernes were murdered in the United States by the Marcos regime in 1981. In 1989, their families won a landmark civil suit in federal court against the Marcoses, winning a $23 million judgment, the first of its kind in the United States.