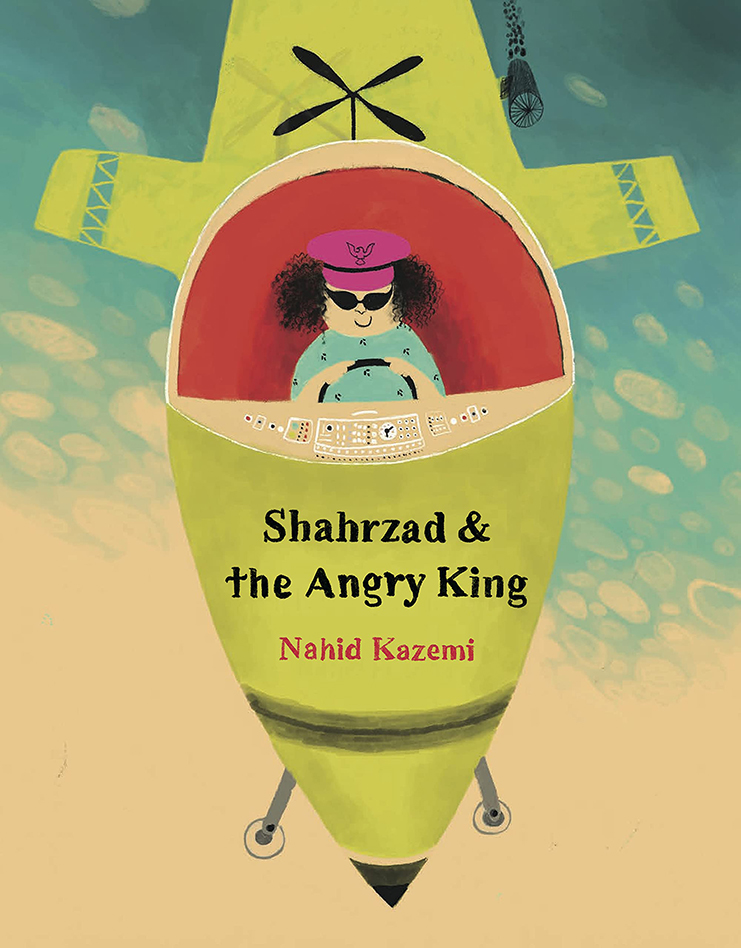 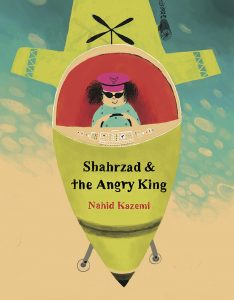 Drawing on her Persian heritage and expertise in visual art, Canadian Nahid Kazemi spins a magical story of her homeland. Storytelling is the backbone of our civilization, and throughout the ages, it has always been a powerful method of enacting societal change.

Who does not know of Scheherazade and her one thousand and one stories to beguile her husband? This legendary queen married a king whose habit was to marry and execute wife after wife. Scheherazade was determined to be the one to whom the king stayed married. So she came up with a scheme to tell him one story every night leaving it at a cliffhanger, so that the king was compelled to let her live another day to find the end of that story. By the end of one thousand and one nights, the king had fallen in love with his clever queen and renounced his lethal vow. Her stories, such as Aladdin’s Lamp, Sinbad the Sailor, Ali Baba and the Forty Thieves, and others live on to this day.

In Shahrzad & the Angry King, Kazemi brings Scheherazade to life in the guise of a young girl named Shahrzad. Courageous and caring, Shahrzad is a very curious girl. She is fascinated by the people around her, always observing what they are doing and eavesdropping on what they are saying. “She found stories everywhere—in people’s faces and gestures, in cafés and on buses, and throughout the city’s streets.”

She listens to the stories, engrossed and without judgment. In her spare time, she thinks hard on what she has learned and spins elaborate tales in her head based on her observations. When she is alone in her room, she puzzles things out on paper. Her goal is always to understand people and what motivates them. She is eagerly sought after by friends and adults to recount her stories, and she becomes used to performing them with verve and clarity.

On a scooter ride through a park one day, she finds a boy sitting on a bench looking sad. Naturally drawn to him, she asks him why he is sad. His tale of woe arouses her empathy. His family had to leave their land because their king had become unreasonable after the death of his beloved queen and child. He was enacting harsh laws, and the people were suffering.

Shahrzad is meditating on the loneliness and grief of the king when she imagines herself on a plane piloting it off to the king’s city. She wants to help him and his city through her imaginative and compassionate stories of kindness and communal feelings of other kings. She believes that her stories have the power to heal the wounds of his heart, and in so doing, help him become a benevolent ruler to his people.

Kazemi has dedicated her book to “altruistic people,” and her belief that stories shape how we perceive other people and the world runs through the subtext of the book. Through storytelling, it is possible for people to learn to think differently, act differently. Kazemi is convincing in her point of view that people of all ages can benefit from stories of courage and compassion, of kindness and generosity, of justice and fairness. Kazemi is a gifted artist. The artwork has just as much of a transformative effect on the reader as her words. Shahrzad’s personality, emotions, and energy shine through each page as does her impact on her listeners.

Shahrzad & the Angry King is another marvelous book in the pantheon of great books by celebrated family-owned publisher, Enchanted Lion Books.