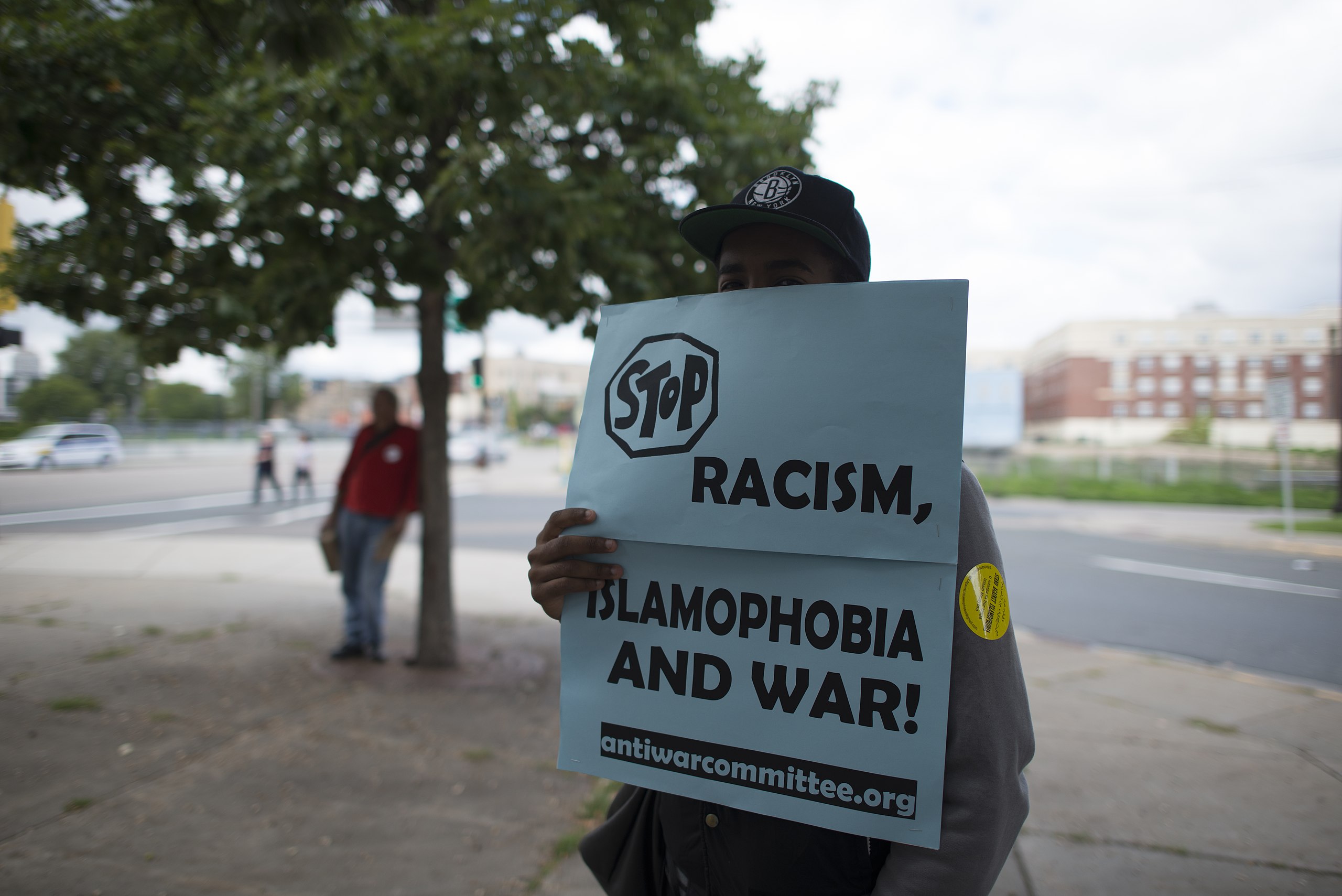 SAN FRANCISO–When Mohammad S. put in for a delivery with Instacart, the San Francisco company that allows users to order groceries online, the last thing he expected was that he’d become a target of hate. Which explains his surprise when, after appearing at his door, the delivery woman immediately turned to talk of terror.

“I spend all day fighting terrorists,” she told Mohammad after he greeted her. Bewildered, Mohammad replied that there hadn’t been any attacks in the Bay Area, to which she responded, “They’re [the terrorists] all over the place.”

It took a moment before Mohammad (who asked that we not use his last name) understood she was referring to him.

Mohammad, 34, works in San Francisco’s burgeoning tech industry. Born in Kuwait, he later moved to Jordan and then Canada, where he eventually gained citizenship before settling in the Bay Area.

No longer a practicing Muslim, he was initially baffled by the encounter. “It didn’t even occur to me that my name could be the cause,” he said.

Brian Levin is the director of the Center for the Study of Hate and Extremism at California State University San Bernardino. He says these kinds of hate incidents—encounters that don’t rise to the level of a hate crime—represent a “new level of bigoted incivility” across the country, and particularly in urban areas.

Hate crimes have spiked in major urban areas across the country, according to data collected by the center, including by as much as 14 percent in California. But, Levin notes, in places like Seattle and Orange County – which track not only hate crimes, but also reported incidents of bias—there’s been an even sharper increase in these kinds of encounters.

“This is as much cultural as it is anything else,” says Levin, who notes that with the growing distrust in civic institutions there is a reversion to “tribalism” that is exacerbated by social media. People may therefore increasingly come to see such expressions of bigotry as “acceptable.”

And Muslims are among those most likely to be targeted. According to the Council on American Islamic Relations (CAIR), there was a 57 percent increase in anti-Muslim incidents in 2016 over the previous year, while hate crimes targeting Muslims jumped 44 percent over the same period.

California saw a similar jump in crimes targeting Muslims, which more than doubled between 2014 and 2015, according to state records.

Zahra Billoo is a civil rights attorney and the executive director of CAIR’s San Francisco chapter. She agrees incidents involving speech that “is protected but nonetheless hateful” are on the rise, but that tracking them is “one of the major challenges” advocacy organizations such as hers face.

“They are not generally captured in law enforcement data,” she explained, adding people who have these experiences will often dismiss them as unimportant or not warranting legal action. “Our argument has long been that it’s important we know if there are such incidents … because God forbid the next one could be a hate crime.”

Billoo says her organization advises people to report incidents such as the one involving Instacart to CAIR and to the company, and in certain situations to the Department of Fair Employment & Housing or other government agency.

“We definitely want to make sure to utilize those opportunities for remedy where available,” she explained.

But legal experts say holding companies like Instacart accountable can be tricky. That’s because most companies that exist in the so-called gig-economy operate with contractors, not employees, limiting responsibility and liability for contractors’ behavior.

Mohammad filed a complaint with Instacart in April, soon after the incident, but he says there was little to no follow up. When contacted by NAM, an Instacart spokesperson noted the company maintains a “zero tolerance” policy with regard to discrimination and that it takes the case “very seriously.”

Still, several months later and Mohammad says that beyond a cursory email exchange there has been no response. Which is why, he says, he decided to make his experience public.

“Friends encouraged me to go onto Twitter,” he said. “I first tried to brush it off, but I realized I needed to at least put out a record of it.”

He adds that since the encounter he’s begun to reconsider his own relationship to the Muslim American community, a relationship he thought he had left behind.

“I feel like lots of people are being unfairly labeled,” he says. “It’s made me shift my public position. For some people, Islam is as much an identity as a religion, and I understand that better now.”

As for Instacart, he says he has decided to stop using the service.

This story was reported using data from ProPublica’s Documenting Hate project. This project is collecting reports to create a national database of hate crimes and bias incidents for use by journalists and civil-rights organizations. If you’ve been a victim or a witness, use this form to tell us your story.