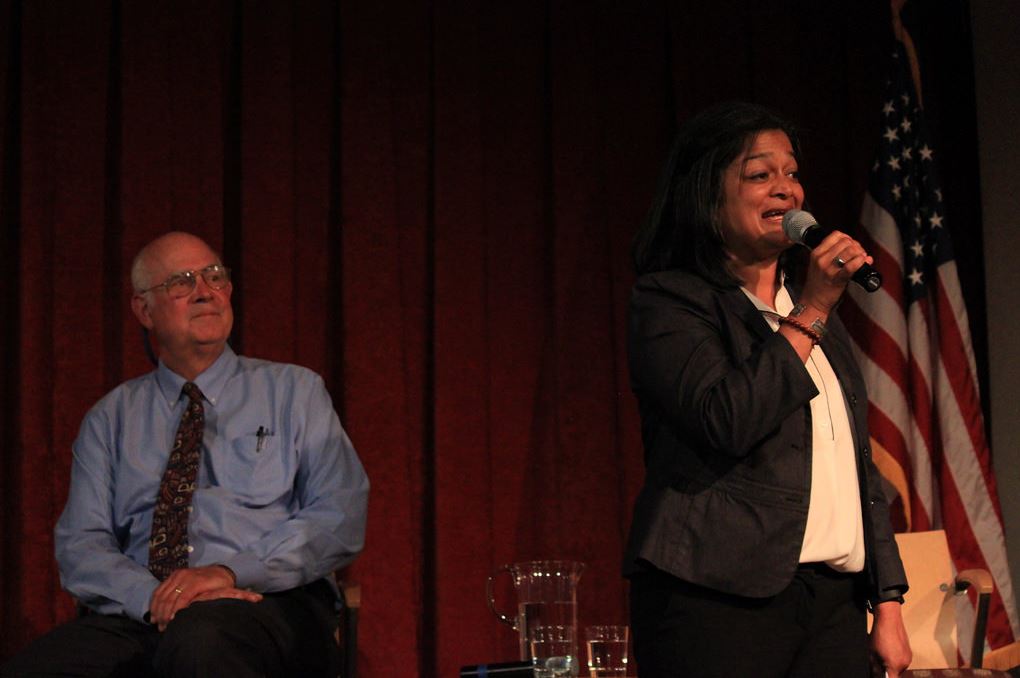 The Republican base vowed to rail against the Affordable Care Act (ACA) before its implementation, quickly renaming it Obamacare in 2010. After that negative political nickname trickled down throughout America, now-President Donald Trump promised to repeal the ACA as soon as he got elected office. Now, seven months into his term, Republicans are still trying to replace it. The Republican-controlled House passed the new American Health Care Act (Trumpcare) in May. Since then, Republican Senators have tried to sign various healthcare bills into law, as well as explored repealing the ACA without replacement. All of these attempts have been unsuccessful so far.

On July 27, the Senate cast their votes for the last standing Trumpcare bill. Hoards of protestors stood outside of the Washington D.C. Capitol shouting, “Don’t kill us, kill the bill!” Sen. John McCain (R-Ariz.), Sen. Susan Collins (R-Maine), and Sen. Lisa Murkowski (R-Alaska) voted against repealing Obamacare and against their own party’s wishes. People watching nationwide were nervous because McCain, recently diagnosed with cancer, had been speaking out in support of the bill the entire week prior and even after his diagnosis.

Many Americans protest the ACA because they’ve experienced higher premiums as Medicaid expanded. On the other hand, a considerable amount of Americans support the ACA as it requires base-line coverage and expanded to include 20 million more people than in 2010, according to the National Center for Health Statistics.

Under the House’s new Trumpcare, the ACHA, however, the Congressional Budget Office (CBO) and Joint Committee on Taxation (JCT) estimated 52 million Americans will be without health insurance by 2026. Under the Senate’s now-dead BCRA, an estimated 49 million would be uninsured by 2026.

In comparison, if the ACA stayed in place, nearly half of the predicted Trumpcare amounts would remain uninsured. The CBO’s report on Trumpcare, however, was not yet released when the House had to cast their  votes.

Locally, the 2026 uninsured Americans would include 418,000 Washingtonians, according to the Center for American Progress Action Fund.

Because Trumpcare doesn’t mandate baseline coverage for insurance companies, people with pre-existing conditions and those in need of maternity care would pay astronomical rates. The elderly and those with low income would be particularly affected, as would the Asian Pacific Islander community. The CBO expects one half of Americans to live in states where Trumpcare would allow insurance companies to cut essential benefits like maternity care, prescription drugs, and mental health. These same places could also suffer from insurance companies imposing lifetime and annual limits. In addition, nearly two-thirds of nursing home residents are currently covered by Medicaid. That could all be lost.

Most articles throw numbers around, which helps for context, but Jayapal’s event showed that if Trumpcare passes, there will be very real, detrimental effects on real people. Impacted crowd members included a daughter whose mother has Alzheimers, a woman with cancer, a mother taking care of her son at home, and many others.

Harborview doctor and Jayapal’s chosen moderator, Scott Barnhart, relayed what the ACA has done for his medical center.

“Yes, [Obamacare] has had challenges with rising premiums, with high deductibles, high copays, but it did greatly expand,” Barnhart said. “Before the ACA, Harborview was running in the red and it was not able to make the budget.”

Then a woman with gold-rimmed glasses stepped on stage. Her name: Leigh Pate. She’s a cancer survivor who finished another round of chemotherapy three weeks prior, due to fallopian tube cancer. Her bills, Pate explained, are already upward $300,000.

Before the ACA, Pate struggled to pay for her necessary medical interventions. She recalled that the ACA “was a tremendous burden lifted.” But that burden wasn’t lifted for too long.

“Two weeks ago, I got a love letter from my insurance company,” Pate said. The paper alerted her to no longer having coverage. She held up the paper.

“I spent the rainy morning at my kitchen table—still sick from having chemo three days before—researching which insurance company might offer me an individual policy.”

She knew losing her insurance meant never getting coverage because of her pre-existing condition: Cancer. Missing a payment meant getting dropped.

“There are people sitting around kitchen tables all around this country who got the same letter as I did,” Pate said. “They’re using their precious energy worrying about their health finances.”

Crowd members were tearing up. Pate’s own eyes glistened in the stage light as her chin quivered and her lips pierced. But she pushed on. She thanked people who show up, people who march, people who speak out against Trumpcare because, oftentimes, the sick ones can’t.

Another woman, Melissah Watts, took the stage alongside her 32-year-old son Max Watts. Town Hall’s stage, however, was not wheelchair accessible. Some time was spent moving Max on and off the platform.

“Most people feel a natural protective instinct toward children with disabilities,” Melissah said. “The problem is, disabled children grow into disabled adults … [Max] needs help with every task of daily living, and he has a longer list of daily living than most people.”

She explained that Max would be forced to starve without someone there to prepare meals. He would remain in his wheelchair with soiled clothing. His skin would be cracked and infected. So Melissah occupies the role of caretaker at home. Max would otherwise require a skilled nursing home, of which Melissah explained costs an approximate $6,000 minimum a month, which the Watts cannot afford. In contrast, Melissah’s caretaker job earns around $2,300 a month through the state’s Medicaid personal care program, she explained. This cost, compared to placing Max elsewhere, saves taxpayers money. But, under Trumpcare, her job wouldn’t get paid. Max would have to live in a nursing home that would send both of them in debt and force taxpayers to eventually make up the difference.

Jayapal went on to discuss the many nuances of Trumpcare and what’s coming down the political pipeline. She explained that the Senate bill benefits the wealthy, allowing trillions of dollars in tax cuts. Sheldon Adelson—the Republican billionaire who owns Los Angeles Sands (a bunch of casinos) and monetarily backed a huge lawsuit against the press with Hulk Hogan a few years back—would save $44 million in tax breaks alone under Trumpcare, according to Business Insider. The ACHA essentially benefits those in the top one percent, Jayapal argued.

“Everybody else would be pretty much screwed,” she said. Tired laughs rippled throughout the crowd. “You’d end up paying more for less.”

Despite this, Rep. Jayapal said the BCRA was worse than the House Bill (the ACHA) because “Medicaid cuts [were] deeper,” but this evidently cannot be fact-checked. Jayapal said the Senate pushed a tax bill masquerading as a healthcare bill.

One audience member asked how people will know the ACHA or BCRA is dead. Jayapal responded that Republicans will have to, at some point, destroy their own agenda.

“They have to move onto something else that they can get done,” she said, adding the next Republican feat would be tax reform. “They’re going to have to start weighing how much time and energy they want to spend on this thing that they can’t get passed. It’s a bit of a crapshoot right now. We’re trying to take it one step at a time.”

Jayapal urged Democrats to itemize what parts of the ACA they want fixed, like lowering premiums, should Trumpcare fail.

“I think we can’t afford to have [Republicans] say, ‘well, you didn’t have anything you wanted to do to fix it,’” she noted. “We need to be on the forefront of proposing those.”

Nearing the Town Hall’s end, Jaypal made it clear she can only get her job done because she hears from her constituents. Her office reportedly gets the most calls and emails of any congressional district. The representative references responses on the floor, reads stories people send and posts them out on Facebook and Twitter.

“You always help me to know I’m going in the right direction,” Jayapal said. “Keep the pressure on.”

Sen. Bernie Sanders (D–Vermont) was said to introduce a single-payer plan. The traction, however popular with crowd members and Jaypal, will likely halt in Republican-controlled Congress.

“We build the resistance one story at a time,” Jayapal commented. At one point during her Q&A, an audience member responded to the ACHA during the word “healthcare,” shouting out a correction of “wealthcare!”