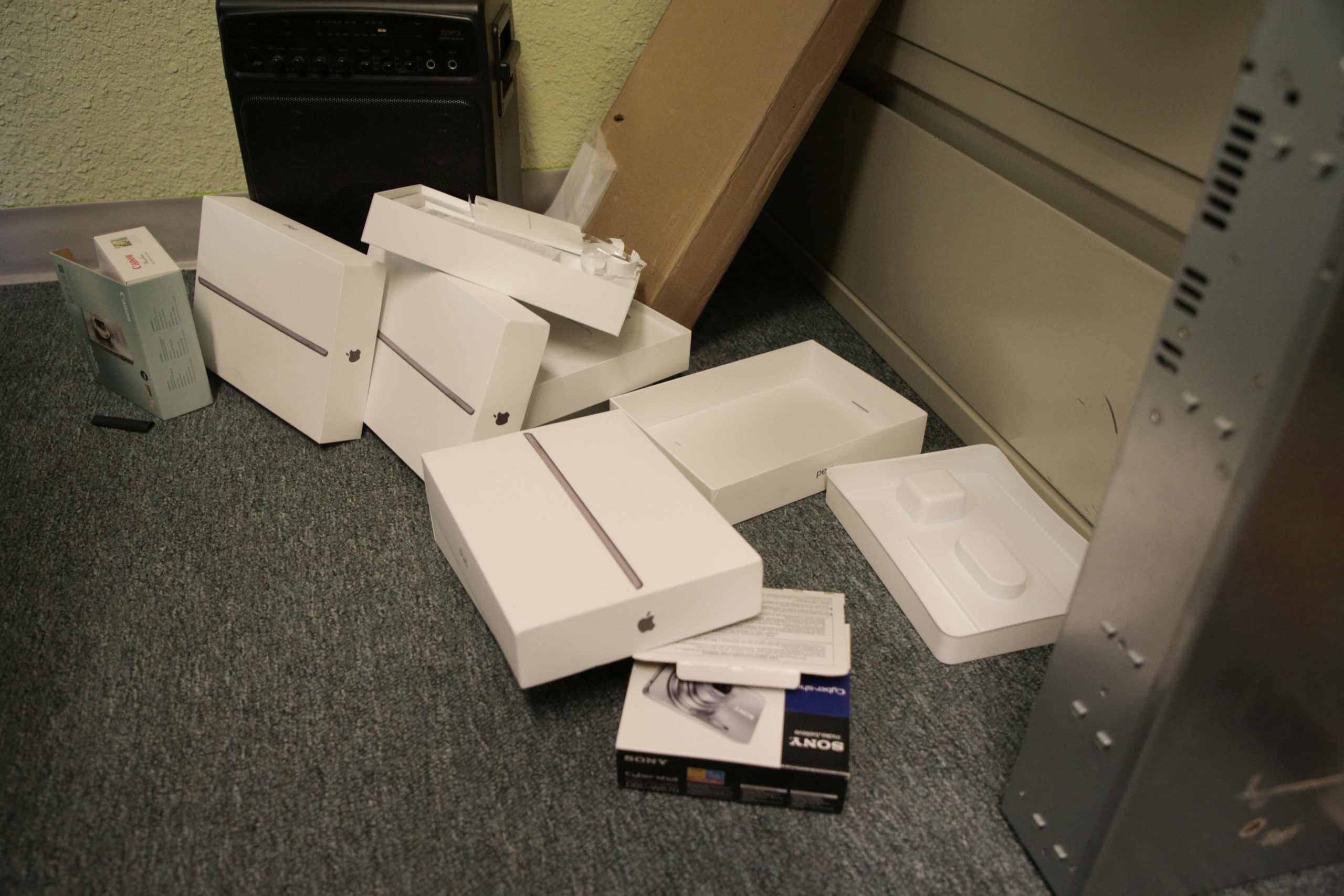 Staff at Helping Link/Một Dấu Nối in Little Saigon are frustrated after reporting a burglary, and receiving a police response they feel is inadequate.

Over the course of three days, from August 17 to 19, a man broke into Helping Link’s office and stole iPads and laptops worth about $30,000, according to Helping Link executive director Minh-Duc Nguyen.

The burglar was at Helping Link between 6:45 and 10 PM, according to security camera footage, Nguyen said. The footage showed him looking over the site and then returning with a tool to remove the bar on the window and break in. The burglary did not set off an alarm.

The burglar took 17 iPads, 10 of them brand new, and 20 laptops. All of the stolen equipment was used for Helping Link’s technology programs, including computer and iPad classes for adults and seniors. The programs help teach tech literacy to clients, who are mostly from the Vietnamese community. These skills can help immigrants find jobs.

The next day, August 18, Helping Link staff and volunteers arrived at 5:30 PM to find the office in disarray, and items were scattered over the ADA ramp outside. They called SPD’s non-emergency line and were told an officer would be sent. But no officer came for the next five hours, until 10:30 PM, despite multiple phone calls, according to Nguyen.

The staff secured the building as best they could, and thought it would keep out the burglar if he came again.

But at 2:30 AM on August 19, the burglar came back. This time, the alarm sounded, startling him initially, according to security camera footage. But after monitoring the situation and seeing no one to intervene, he broke in again. This time, he gained access to a file drawer containing valuable vouchers with financial information, as well as gift cards meant for clients. He brought bags with him and even a head lamp. “He took whatever he could get his hands on,” said Nguyen.

A volunteer responded to the scene and called the police while chasing the burglar down in his car, but he ultimately didn’t feel comfortable trying to catch the man.

Disappointingly for Nguyen, the police did come by and drove around the building, but didn’t see anything happening, and left shortly afterward.

“They were called about an alarm being tripped, there was a burglary in process, and they weren’t able to prevent it or apprehend the person,” said Carrie George, a board member with Helping Link. “So that was very frustrating.”

From 2 to 10 PM that afternoon and the next day, a team of supporters came to Helping Link to clean up and sort through the mess.

Nguyen went to an Apple store and was able to trace the iPads to locations in the Central District, Holly Park and Rainier Vista. She can see the exact locations. “It’s horrible to see it pop up, and the first week it was popping up like crazy,” said Nguyen. “I don’t think it’s my job to go and retrieve it.”

She was able to disable 11 of them so they couldn’t be used.

Helping Link requested action from the police department. August 27 was the last time they heard from the department, an assurance that someone would reach out. “That’s it. The end,” said George.

“I was floored,” said Nguyen, regarding the incident and the police response. While many businesses in the CID have been hit by burglars since May, she thought Helping Link would be spared, as it’s located higher than street level. “It felt really horrible to be the victim, she said. “For a small organization like us, everything costs. And we don’t have a budget to pay for private security.”

Though Helping Link has a gate, it’s not very secure. Nguyen wonders whether the organization should move out of the CID.

“It’s very frustrating,” said George. “I know the police are understaffed, I know there’s a lot going on.” But George and Nguyen feel the police response has been “scandalously inadequate.”

“Sure, maybe $30,000 dollars just isn’t big enough dollars for them to pay attention to, but for a small organization trying to help people who have very little, it is significant. It matters, and we don’t understand why it has been ignored like this.”

For Nguyen, it’s an issue of equity. “This should not be happening to us in Little Saigon and the ID.”

Nguyen has served on a public safety task force at the request of the mayor, and the public safety council. “The city wants us to work with them, but when we try to work with them, there’s no response. And that’s been going on for years,” she said. Nguyen now questions why she should continue to help the City when her organization gets no response to the letter in May.

Nguyen and George think more community policing in the CID would help prevent burglaries such as this one.

And they want police to respond. “Would we still be the victims of a pretty traumatic experience if the police had responded?” said George.

George contrasts Helping Link’s troubles recovering iPads with the time her daughter’s iPhone was stolen in southern California, and the police located it quickly. “Here we have a small nonprofit, serving a refugee and immigrant population that gets nothing. And I don’t understand. Do the police respond differently in different parts of Seattle?”

“I think it’s all about social justice and race,” said Nguyen. “We all are taxpayers, all the businesses are paying taxes in the area, so we should all be treated the same.”