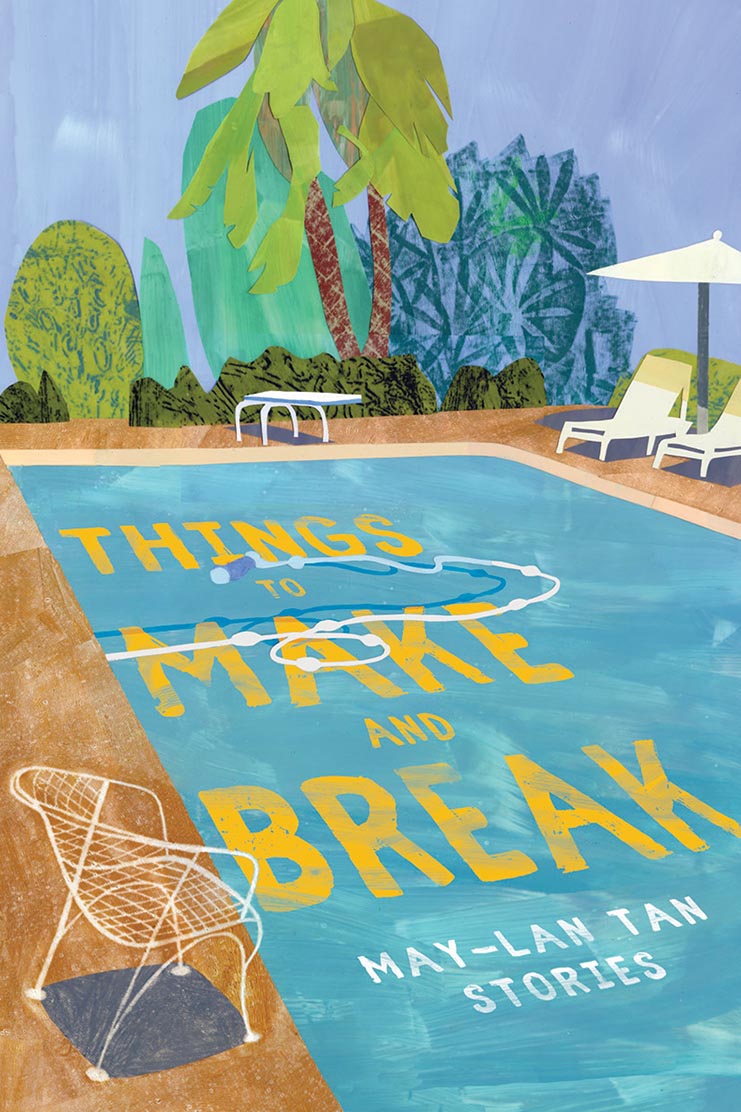 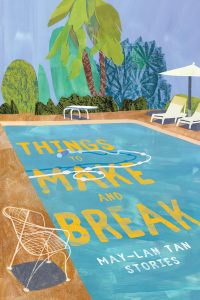 May-Lan Tan’s book of short stories, Things That Make and Break, is an energetic collection, one that I find a bit uneven — but with exhilarating highs. Loosely gathered by a theme of love, relationships and how they can go wrong, a few stories lean toward the romantic, but most project a hard exterior, well-stocked with dysfunction and unsentimental sex.

In one or two cases, the dark resulting atmosphere strikes me as somewhat overdone, reaching for something gritty without weight behind it. But I appreciate the directness of Tan’s characters, who almost always do and say what they want, even if their decisions prove disastrous. The most real and individual of them are fleshed out with fascinatingly diverse bits of knowledge that make you wonder where Tan has been, from working in the stunt industry to, in one case, preparing a squirrel to eat.

Tan’s primary concern seems to be in crafting the atmosphere of each story. What’s consistent across the board is a rush of sensory detail from every starting line, sometimes cramming a scene with fast-changing sights, sounds, smells and textures. The results include vivid snapshots, but occasionally leave me feeling a bit claustrophobic. Many of the many erotic scenes are unique and sensual, and I especially enjoy the mysterious fluidity of gender in the author’s first-person narratives: just another aspect of a character, often revealed only late and in passing, perhaps almost an afterthought. Neither is Asian-American identity crucial to any of her stories, but rather permeates them as it does day-to-day reality, in small ways. In a majority of her stories she succeeds in creating something ambitious and memorable, and in at least one case (the story Laurens), I was left really gutted by the world I briefly entered.