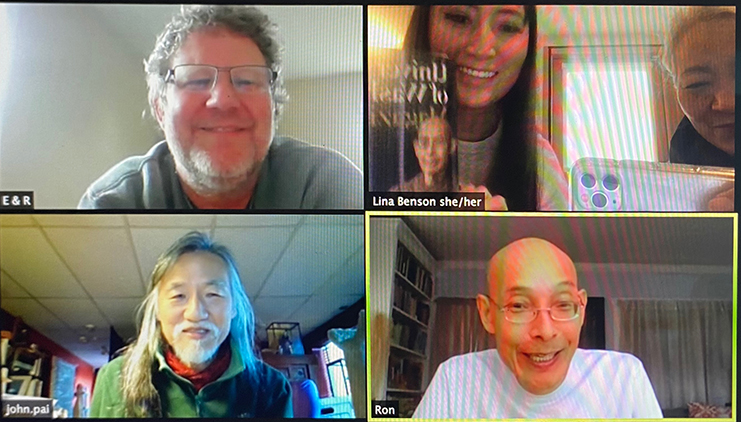 A few months ago, author of My Unforgotten Seattle, Ron Chew, was interviewed virtually at Lake Forest Park’s Third Place Books about his memoir and preservation of Asian American history and the strength of its community leaders.

Epiphanies that turn to reality come to Ron Chew on his daily 20-mile runs. On one particular day, it struck him that several Seattle activists that he had worked with over the years were now gone and he was concerned that their stories might be lost forever. That epiphany inspired him to write his memories of growing up in Seattle as the son of parents who immigrated from China, and of the many people who have helped shape the communities that have too often been ignored. The result is his recently published memoir, My Unforgotten Seattle.

I had heard so much about Ron’s book and couldn’t wait to dive into all the stories he collected. Bill Radke of KUOW described My Unforgotten Seattle as the “most Seattle book” he had ever read. It is a unique and rarely told story of Ron’s life woven into the history of Seattle’s International District which gives us an intimate experience with a significant part of Seattle history that you won’t see anywhere else.

Ron recalls his grandparents, undocumented immigrants who came to the U.S. from China during the Chinese Exclusion Act, and because of this, shares how he came to understand on a deeper level his mother’s fear of her security as a U.S. resident, and the fear some immigrants live with today. Ron portrays the dignity and humanity behind the often-over-looked waiter who was his father at a well-known Chop Suey restaurant in the International District. We also get to know Lily Yamada, “an older woman with a bun of white hair,” who worked as a hairdresser at Uwajimaya and lived on the same floor as Ron. Lily was a survivor of the atomic bomb, a hibakusha, from Hiroshima. She shared with Ron the horrific experience and what that meant to her.

As a young adult Asian American Trans-Racial Adoptee, I knew I wanted access to this captured history through the voice and lived experience of Ron, a Chinese American who was raised in Seattle. However, just like tens of millions of other Americans like me, reading for me means reading audibly, due to my learning disability. As a result, the way I access printed literature is through audio books.

One thing I’ve come to know about Ron is his life mission is being a disruptor for justice and that he’s always reaching a hand behind him to support future BIPOC generations to further this goal. To make his book more accessible, Ron’s latest project is creating an audio version of his memoir. A joint project between Chew Communications, partnering with Seattle’s Talking Book and Braille Library, and the International Examiner, they plan to have the audio book available later this year. Soon, I and many, many more, will be able to enjoy Ron’s memoir and the stories of the many unforgotten people who have helped shape the history of Seattle’s International District.