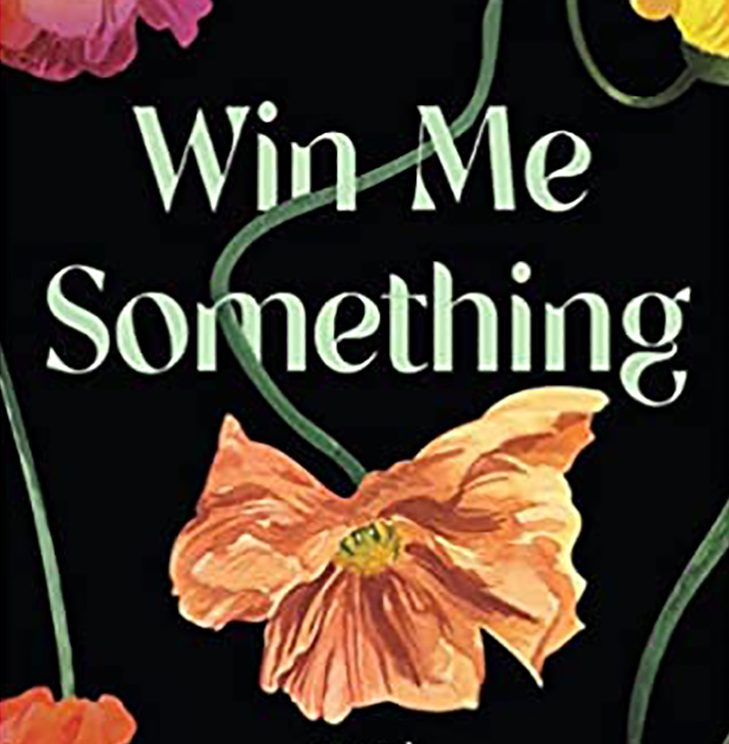 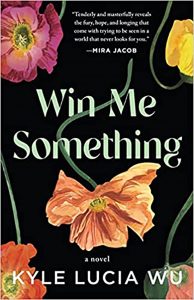 At what age do we begin to see our parents as people and not as simply just the people who raised and provided for us? It’s a complicated question that doesn’t have one answer. For some, that begins the second they are exposed to the outside world. The societal pressures and new people force them to look at their parents through a critical lens. For others, it only begins when they are pushed out of the house, like newborn birds learning to fly.

The idea of our parents becoming people doesn’t mean there is not love or connection. This can mean that the relationship deepens to something more than a dependency. This is fraught with complexity as we become our own people and find a way to fit back into the space our parents envisioned for us. In Kyle Lucia Wu’s novel, Win Me Something, she explores the intricacies of being mixed race, socio-economic differences, and the developing relationship between families as they all grow to be someone new.

Published in 2021, Win Me Something, is a unique and soothing coming of age story. The story follows Willa Chen, a mixed-race woman fresh out of college, floating along with the breeze. After working at a coffee shop for some time, Willa is referred to a wealthy white family in New York, the Adriens. Natalie Adrien is looking for a nanny for her brilliant and sophisticated daughter, Bijou. Once Willa gets the job, she begins to reminisce on her own family and the things she never had growing up. Bijou’s life is filled with Mandarin lessons, fancy home-cooked meals, museums, and a luxurious private school. Willa is reminded of her parent’s separation and the cultural differences and transgressions she faces as a Chinese American.

The story begins to flip back and forth between Willa’s life in 2013 with Bijou and back to her memories when she was growing up. Wu dives into the deep end looking at the duality of family and love and the difficulties of being biracial. Willa is constantly caught between two worlds. Her mother and her father, the families they both respectively have. Being white and being Asian, what does that truly mean? And Bijou, being her full-time nanny, and being a young adult with no clear path in life.

Growing up, Willa was constantly questioning her own identity as a biracial child living with her white mother and white stepdad. Her classmates and “friends” made racial jokes and she experiences microaggressions quite frequently at the school she attended. There is a memory of Willa telling her mother that students made fun of her eyes, asking her if she could see properly. It was clearly a racist comment about the slanted nature of many Asian eyes, but her mother asked her why they said that. She believed it was because Willa needed glasses and they were concerned about her vision. Small misunderstandings like this continued to drive a wedge in their relationship as Willa was never able to fully embrace either side of her identity. She was too Asian to be white and too white to be Asian. When it came to visiting her father, Willa could see herself in him, but could not feel their connection. He was too swept up in his two new daughters that he had with his second wife to be too concerned about Willa.

Wu’s Win Me Something is a beautiful exploration of the fluidity of identity and the difficulties of being alive. Rather than having a harrowing backstory or a tragic accident, Willa’s story is something everyone can relate to. She must learn what it means to be a caretaker to Bijou while also finding her place in her own story. That is part of the brilliance of this coming-of-age story. It is incredibly subtle in nature but filled with love and emotion all the same.