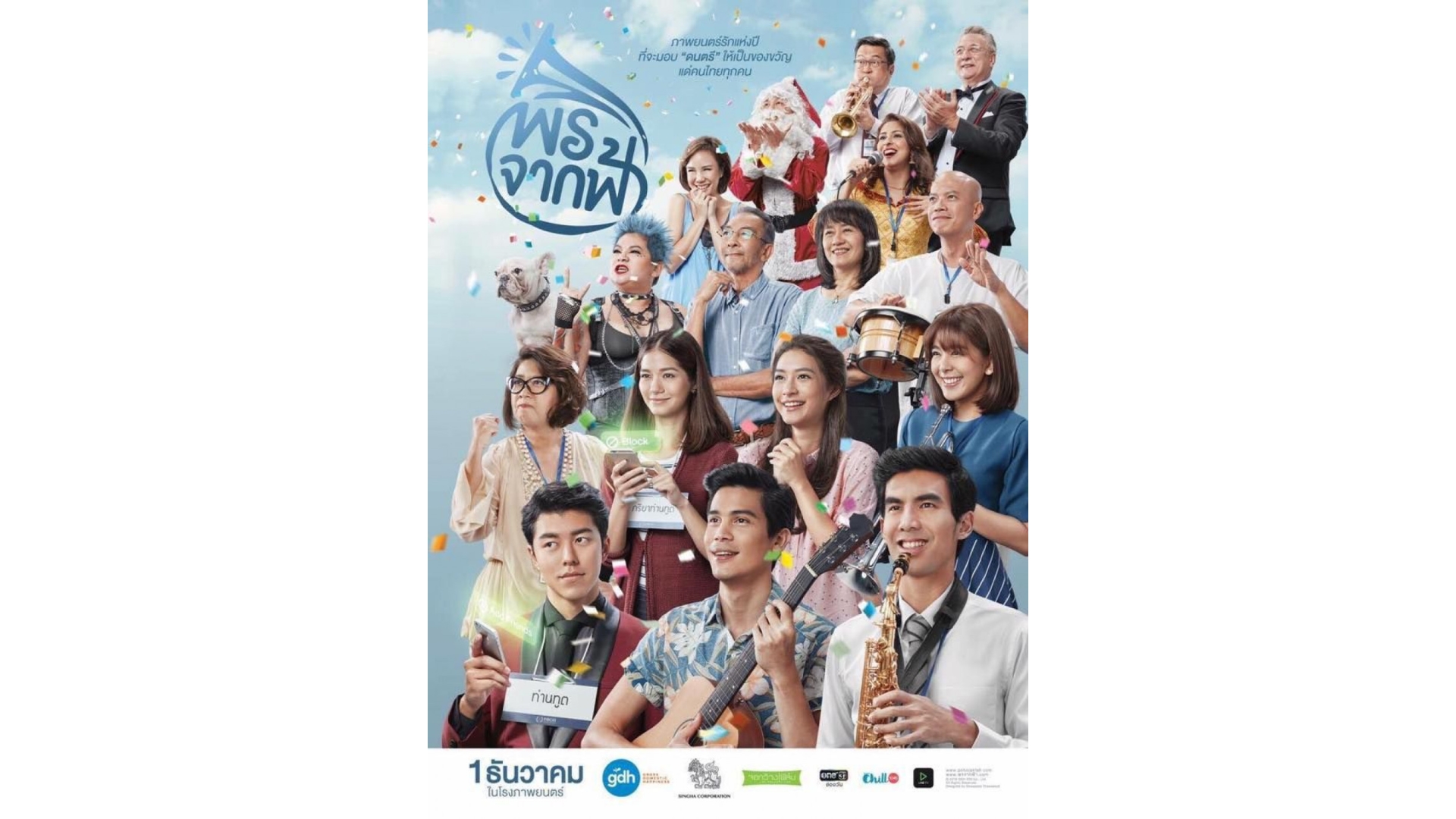 January 21, 2017 marked 100 days since the passing of Thailand’s late King Bhumibol Adulyadej. To commemorate the day, the Thai Association of Washington, Seattle Public Library, and the Chulalongkorn University Alumni of the Pacific Northwest organized a screening of the film “A Gift.” The film, which features music composed by King Bhumibol, links together three love stories.

Based on popular demand, the organizers have coordinated a second screening of “A Gift” at the Central Library in Downtown Seattle. The film will be shown with English subtitles in the Microsoft Auditorium on Sunday, February 12, from 1:30 p.m. to 4:00 p.m. Seating is provided on a first come, first served basis. This event is free to attend. 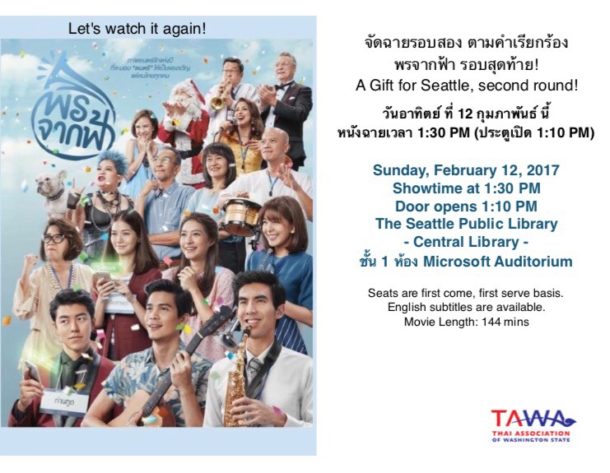