Military servicewoman and veterans at Joint Base Lewis-McChord in Tacoma walked the runway on Saturday, July 12 in an effort to raise awareness and support for our women in uniform, and their transition reentering civilian life. The event, called “Salute the Runway,” was sponsored by Little Black Dress Wines and Fatigues to Fabulous let active and retired military servicewomen take center stage.

The women wore the latest fashions from Ralph Lauren, Calvin Klein, and Vince Camuto. In attendance was Fatigues to Fabulous Spokeswoman/Retired Army Captain Leslie Nicole Smith (and her service dog, Isaac), who was also featured on a previous episode of Project Runway All Stars.

“Salute the Runway” is an initiative to raise awareness and support for women who are leaving the armed forces and re-entering civilian life. Little Black Dress Wines is sponsoring fashion shows throughout the country. The models participating in the shows have been selected from the ranks of female veterans and active duty members who have served our country. The shows enable women veterans build their confidence by being appropriately dressed for any occasion as they re-enter the workplace with the help of the little black dress.

A woman veteran participating at each base is chosen to have the opportunity to attend New York Fashion Week in September for the grand event, Salute the Runway Fashion Show and reception in the tents at Lincoln Center. Maj. Chelinda Rivas, the Army Central Command liaison officer with the Continental United States Replacement Center, was the name chosen from the drawing in Tacoma.

“This campaign is a wonderful opportunity to support female veterans throughout the country,” campaign spokesperson and retired Army Captain, Leslie Nicole Smith said. “By joining together with Little Black Dress Wines, we are able to raise awareness of the issues surrounding women veteran reintegration, acknowledge their heroic service, and highlight the versatility of the little black dress and how this wardrobe staple can help women veterans’ transition from military service.”

“I think this type of program, that honors women and the multitude of things we are, is amazing,” Rivas told the Fort Bliss Bugle. “We’re more than just Soldiers. We’re mothers, and we can be fabulous. I think that’s amazing. Being a part of this organization and supporting women in general is very important. I’m proud to have the chance to represent them.” 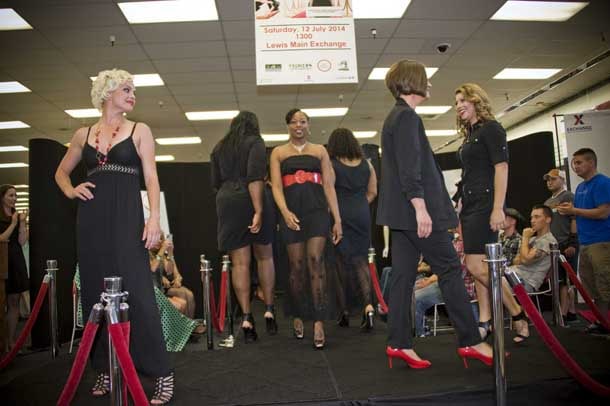 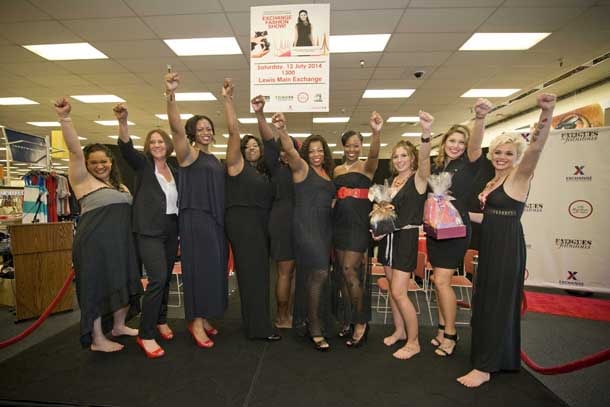