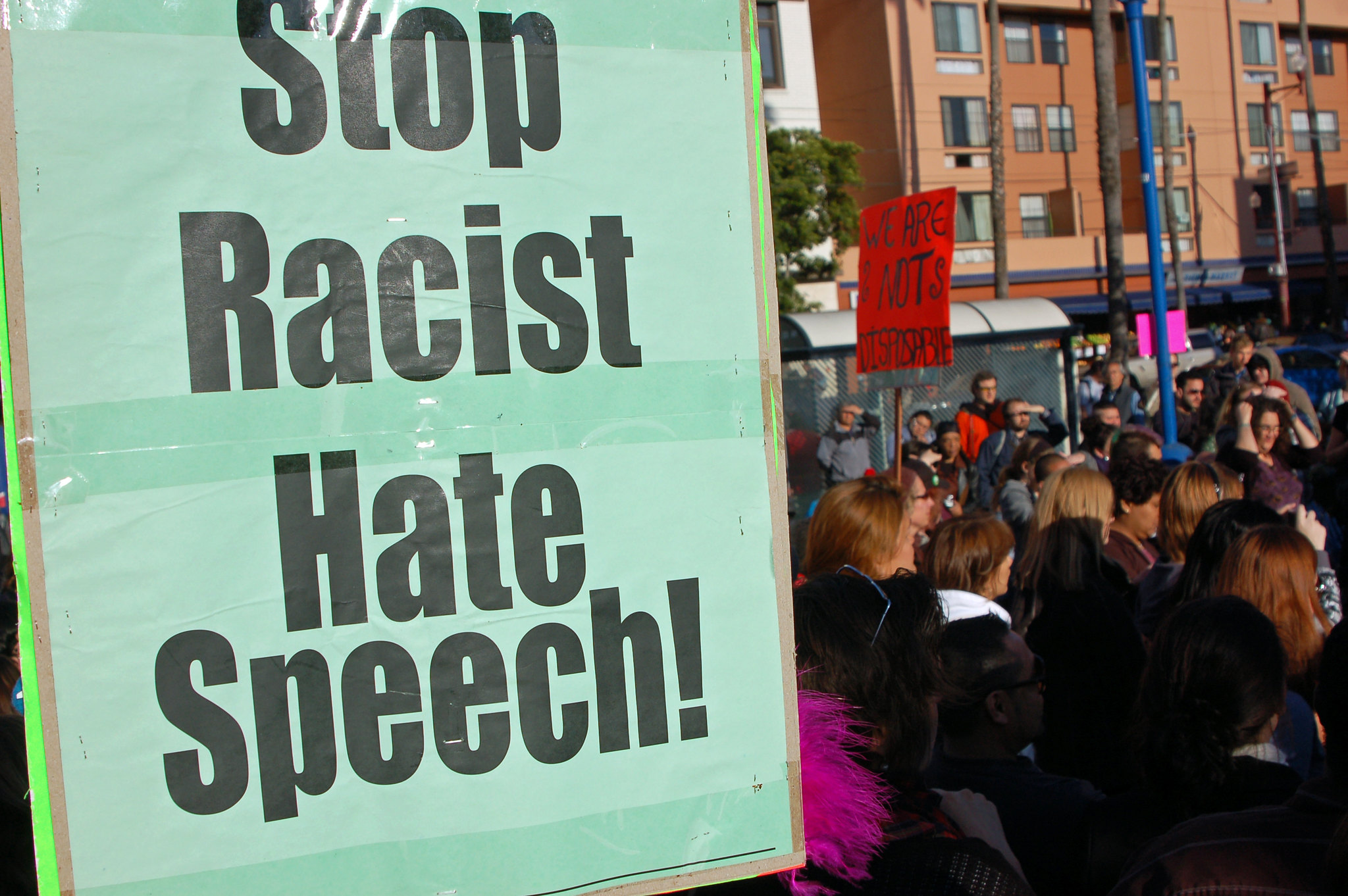 Just over a year ago Microsoft introduced Tay, an AI chatbot that was designed to learn from and replicate online chatter. Tay, according to Business Insider, “responds to users’ queries and emulates the casual, jokey speech patterns of a stereotypical millennial.”

But within 24 hours, Tay was gone, the casualty of an online universe of hate a bigotry that is now shaping America’s political and social landscape.

“bush did 9/11,” and “hitler would have done a better job than the monkey we have now.” That’s just a sampling of some of Tay’s choicest quips.

Tay had no point of view, of course. As a piece of software it reflected the conversation in virtual space. Which is why it quickly went from an innocent robot to a blatant racist chatbot in less than a day and had to be taken offline.

The killing of Tay was a blip in the news but it says volumes about America at the dawn of the millennia. For a generation or so now, hate speech has found fertile ground in cyberspace, where rage, resentment and fear are uninhibitedly expressed. Over time, its miasma infected and infiltrated all aspects of American life, including policy.

“Bigots have become especially nuanced and skillful at hanging onto the coattails of important public policy debates that are going on in the mainstream,” said Brian Levin in an interview with Salon. Levin heads the Center for the Study of Hate and Extremism at Cal State San Bernardino. “There’s an online cottage industry that attaches bigotry to real policy issues from national security to free speech on campus to the economy,” he noted.

Indeed, if political correctness was an effort to police offensive language in institutional settings – in school, at the workplace, in the media – the backlash against such restrictions is a kind of bacchanalian road rage that took root in cyberspace and is now in full bloom on and off line. It is as if, constrained in real life, America’s id knee-jerked itself into virtual space, making a permanent home there and fomenting a complicated relationship between thought police andthoughtless diatribe.

The issue is already prompting some to question one of the central pillars of American democracy.

In “The Harm in Hate Speech,” legal philosopher Jeremy Waldron urges Americans to reconsider the protection of hate speech through legislation. Though he concedes such a measure would never “pass constitutional muster in America,” he says the damage done by hate speech is akin to “an environmental threat to social peace, a sort of slow-acting poison, accumulating here and there, word by word.”

Eventually, Waldron warns, “it becomes harder and less natural for even the good hearted members of society to play their part in maintaining [the] public good.”

Scaachi Koul is editor at BuzzFeed News and author of the book of essays, One Day We’ll All Be Dead And None of This Will Matter. “I grew up on [the internet], and I wish it were better to me, but it’s just not,” she said in an interview with NPR.

The child of South Asian immigrants, Koul described a steady stream of online threats and harassment she receives. She also noted the halfhearted efforts of social media platforms like Twitter to control the vitriol directed at users.

It “has taken [sic] 10 years to even begin to start talking about what to do about harassment on Twitter,” Khoul said. “And instead of actually fixing it, they just sort of find these other routes to dealing with it.”

Of course, mention Twitter and one eventually lands on our current president, who used the platform to unleash a steady stream of bigotry and sexism that ultimately helped propel him into the White House.

And racists nationwide took note, emboldened by someone they perceived to be a champion of their cause. Swastikas are now regularly found plastered on school walls, shopping malls, and even community service centers. Chants of “Build That Wall” and “Make America great again,” meanwhile, have become the rallying cry for a burgeoning movement aimed at reclaiming the nation from immigrants, people of color, and liberals.

Hate speech, in a sense, is moving beyond individual rants. It is now becoming a movement, organizing around its own ideology, and its king is Trump.

“There’s a new sheriff [sic] in town – President Donald Trump,” read a letter by a group calling itself “Americans for a better Way.” The letter, sent to five California mosques in the weeks after Trump’s victory, referred to Muslims as “the Children of Satan.”

What infected Tay has now jumped the confines of the internet. Incubated in a toxic stew of fear and resentment, it now permeates all strata of American society, from the streets to the highest rungs of government. Alas, unlike Tay, it can’t just be unplugged.

NAM editor Andrew Lam is the author of Birds of Paradise Lost, a collection of short stories, Perfume Dreams: Reflections on the Vietnaemse Diaspora, a memoir, and East Eats West: Writing in Two Hemispheres, a book of essays.

New America Media is partnering with the Documenting Hate Project, a collaborative of media outlets, civil rights groups and tech companies nationwide working to document the rise of hate crimes and incidents of bias or harassment in the United States since the 2016 election. If you have experienced or witnessed a hate crime or incident of bias or harassment, you can use this form to send information about the incident to the Documenting Hate Project. The form is not a report to law enforcement or any government agency. It will be used as part of a national database for use by journalists, researchers and civil rights organizations.