Alcatraz, the defunct federal prison, is the No. 1 tourist destination in San Francisco. Some 1.4 million visitors annually take the short ferry ride to the old maximum-security penitentiary in the middle of San Francisco Bay. There, visitors tour the old cell blocks, ears glued to a compelling headphone tour offered in 11 languages.

Until April 26, visitors also can immerse themselves in seven provocative art installations by Ai Weiwei, the dissident artist who himself is not allowed to leave China. His works are installed in inmate cells, psychiatric chambers and a drafty manufacturing space.

No art gallery could so viscerally capture the essence of Ai’s works on political imprisonment and prisoners of conscience. The visitor stands in a notorious prison, viewing art and feeling implicated in a web of freedom, captivity, tourism, and the fact of torture.

That Alcatraz also was a 19th century military fortress, the site of Native American occupation in 1969-1971, and within view of the Angel Island Immigration Station, where tens of thousands of Chinese and other ethnic immigrants entered the United States between 1910-1940—many thousands detained there—adds to the power and poignance of the exhibition, “@ Large: Ai Weiwei on Alcatraz.”

The main works are integrated into the New Industries Building (which should be visited first, at the top of the hill). It is a cavernous space of peeling paint, rust, and broken window panes, where “privileged” inmates once worked, but which now contains “With Wind,” a long, painted dragon kite that dances overhead, as if flying in an open sky, not a prison.

The psychedelic colors pop. It comes as a surprise when one notices subversive words —“plotting,” “inciting”—camouflaged into the decorative painting, as if the painter is playfully hiding plans from government censors. In some cases intent is declared openly: “My words are well-intended and innocent” — Le Quoc Quan.

The adjoining room forces eyes down but also across the vast, chilly space to take in “Trace,” six massive, hand-assembled floor mats made of 1.2 million Lego pieces.

They feature 176 Lego portraits that represent the faces of activists and prisoners of conscience worldwide, some dead but most still alive. Like protest posters, the scattered images are graphic and simple, of John Kirakou, Ilham Tohti, Tal al-Mallohi.

The faces are a kind of prison “cell” portrait, composed of plastic pixel cells ala Chuck Close but also recalling a not-so-long-ago, low-resolution, analog age, even as digital media now enables political activism yet also enables the tracking of it.

Binders placed on stands alongside the portraits list the name, country, and crime that each detainee was charged with.

To view “Refraction,” in the same building, one stands in oppressively narrow corridors on see-through grate floors. These once allowed guards to surveil the corridor below. From here, the “gun gallery” can be seen, a former work space that now houses Ai’s five-ton, metal wing fabricated from Tibetan solar cooking panels.

Each reflective metal sheet, akin to a feather, has an upright metal rod on which Tibetan monks, suffering from decades of persecution, once placed woks and kettles to make food and brew tea. These bulky, low-tech panels, used to convert sunlight into energy, hint at possibility.

The main prison building contains the remaining installations—inmate toilet bowls and bathtubs surrealistically filled to almost overflowing with delicate ceramic flowers; dark, claustrophobic psychiatric cells in which native American and Tibetan chants are meditatively piped in and a sound installation of spoken word and music.

In the mess hall, a rack of art postcards are pre-addressed to the courageous prisoners honored in “Trace.” Visitors are invited to write a message and leave the card for free snail mail delivery. As another visitor wondered, will they be delivered?

But Ai Weiwei’s words are strong and affirmative:

“The misconception of totalitarianism is that freedom can be imprisoned. This is not the case. When you constrain freedom, freedom will take flight and land on a windowsill.”

Kudos to the FOR-SITE Foundation for commissioning this inspired project and to the National Park Service and Golden Gate National Parks Conservancy for hosting it.

@Large with Ai Weiwei runs until April 26. It is included in the cost of general Alcatraz admission. For more information, visit http://www.alcatrazcruises.com. 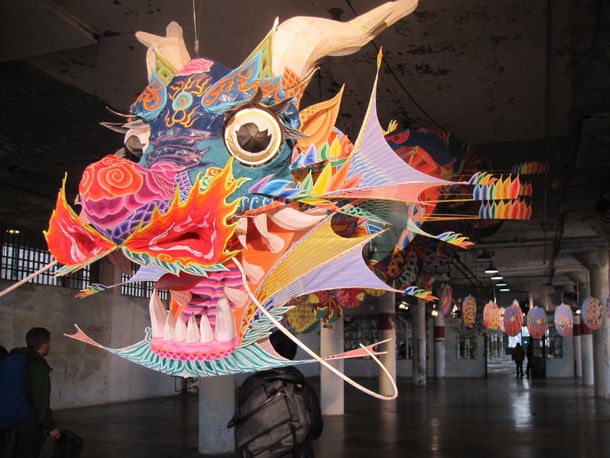 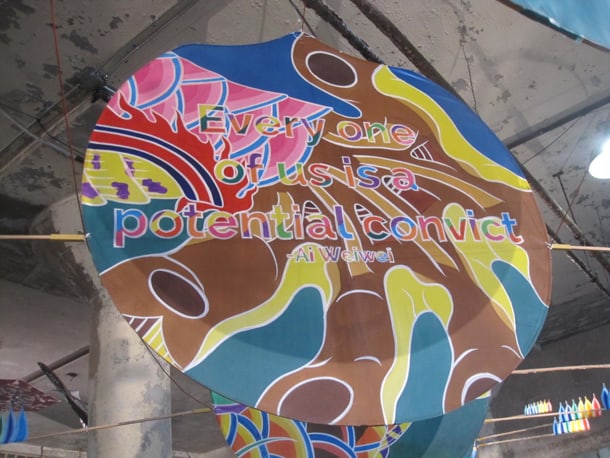 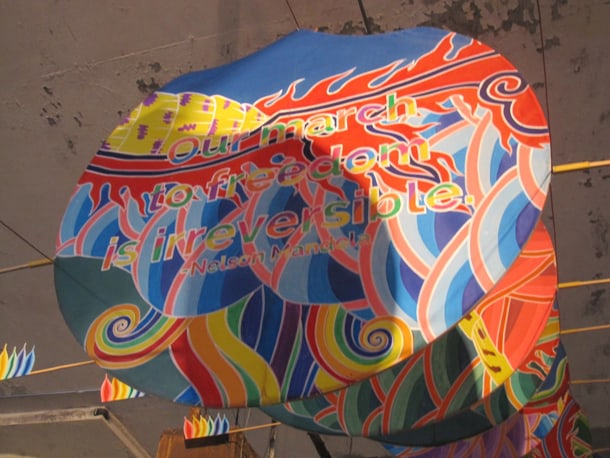 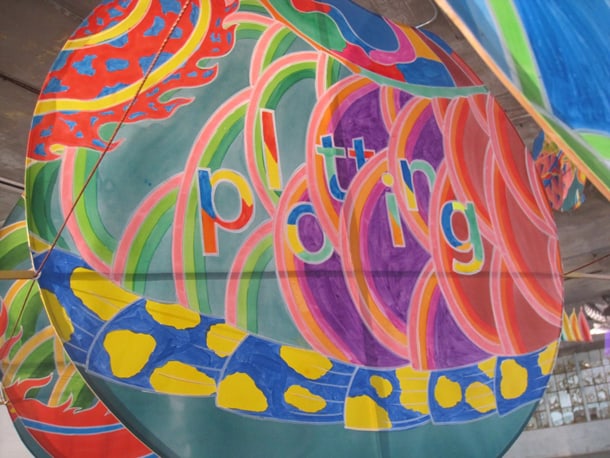 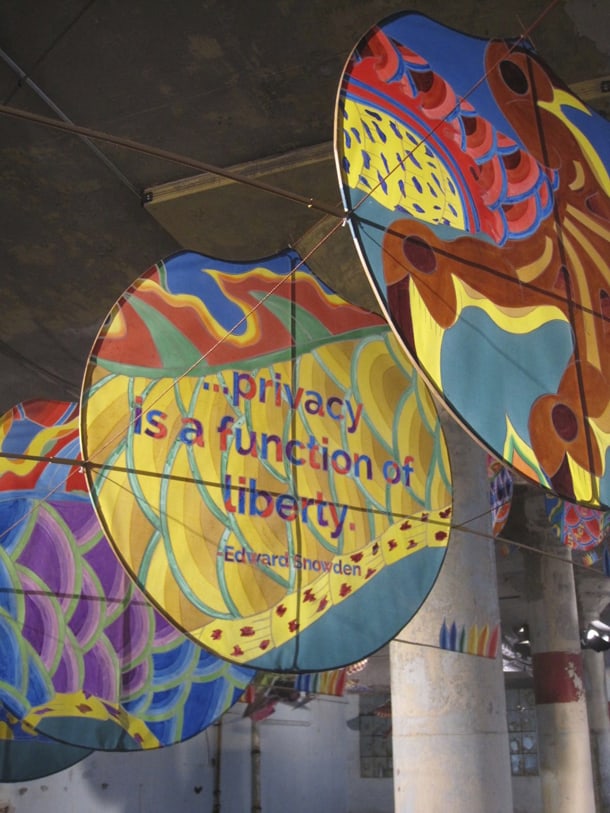 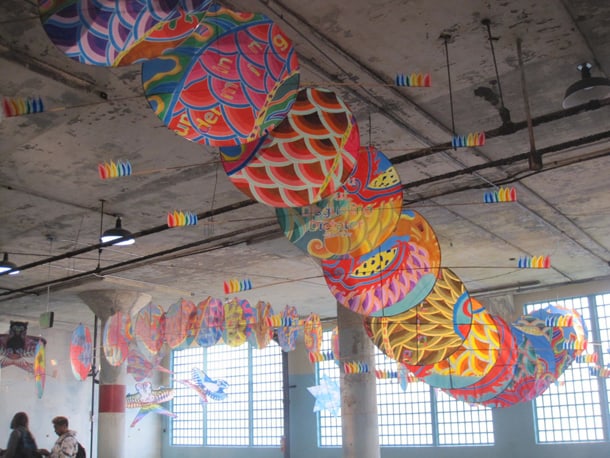 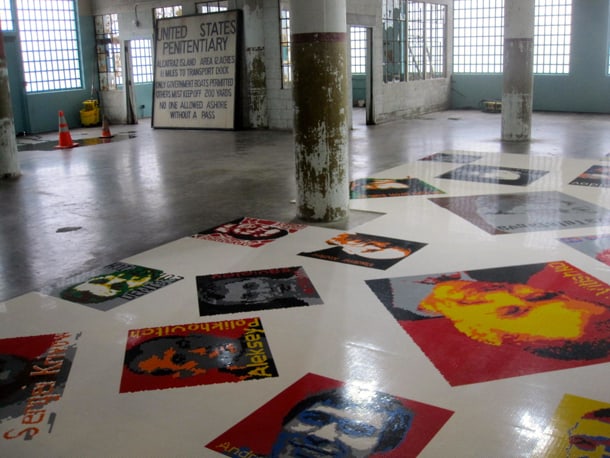 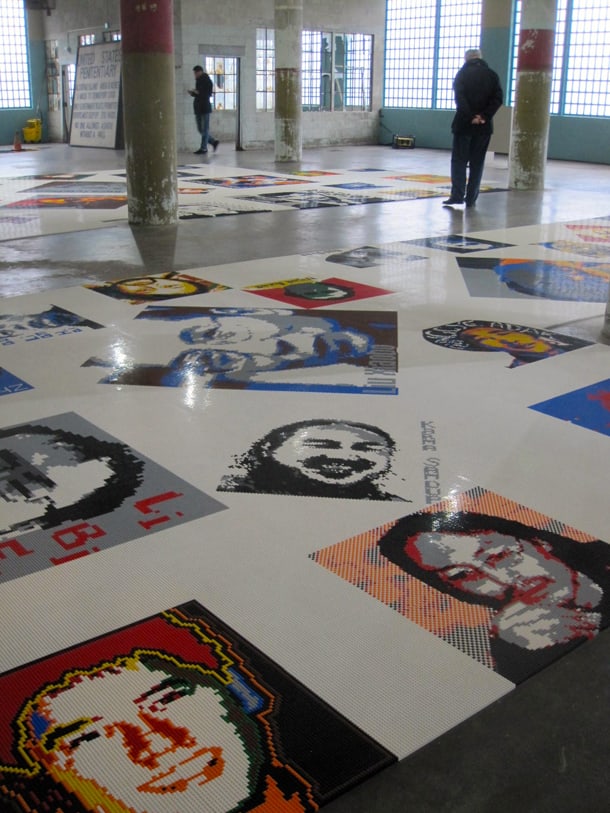 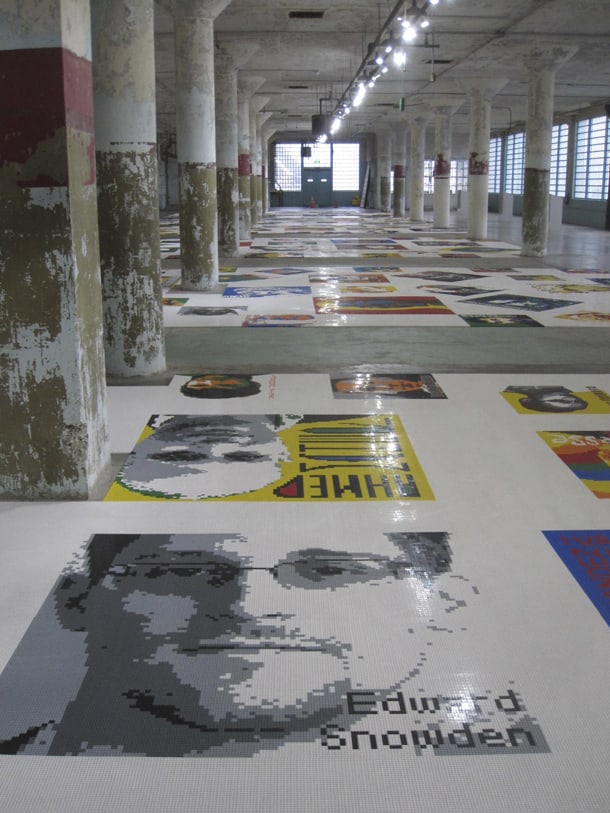 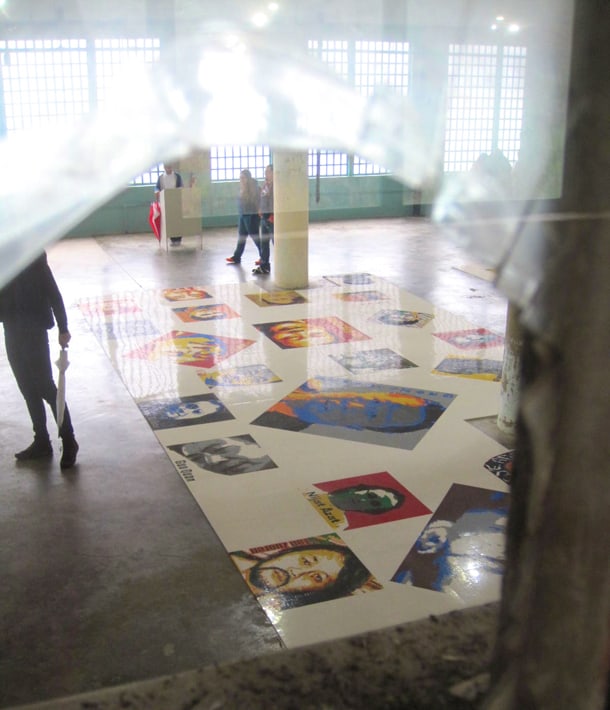