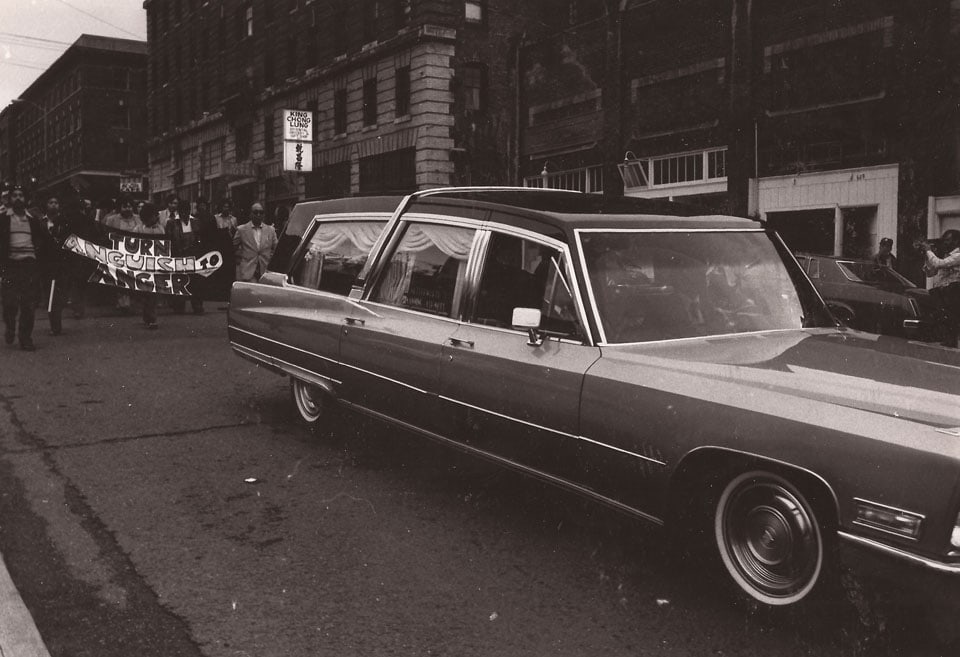 Marchers follow the hearse carrying the body of Gene Viernes down King Street on the way to a memorial service at the union hall where Viernes and his friend, Silme Domingo, were gunned down on June 1, 1981. The banner reads “Turn Anguish to Anger.” Ultimately four men were convicted of conspiring to murder the Filpino labor activists. See more at photo #3.195. Photo by Dean Wong by 1981.