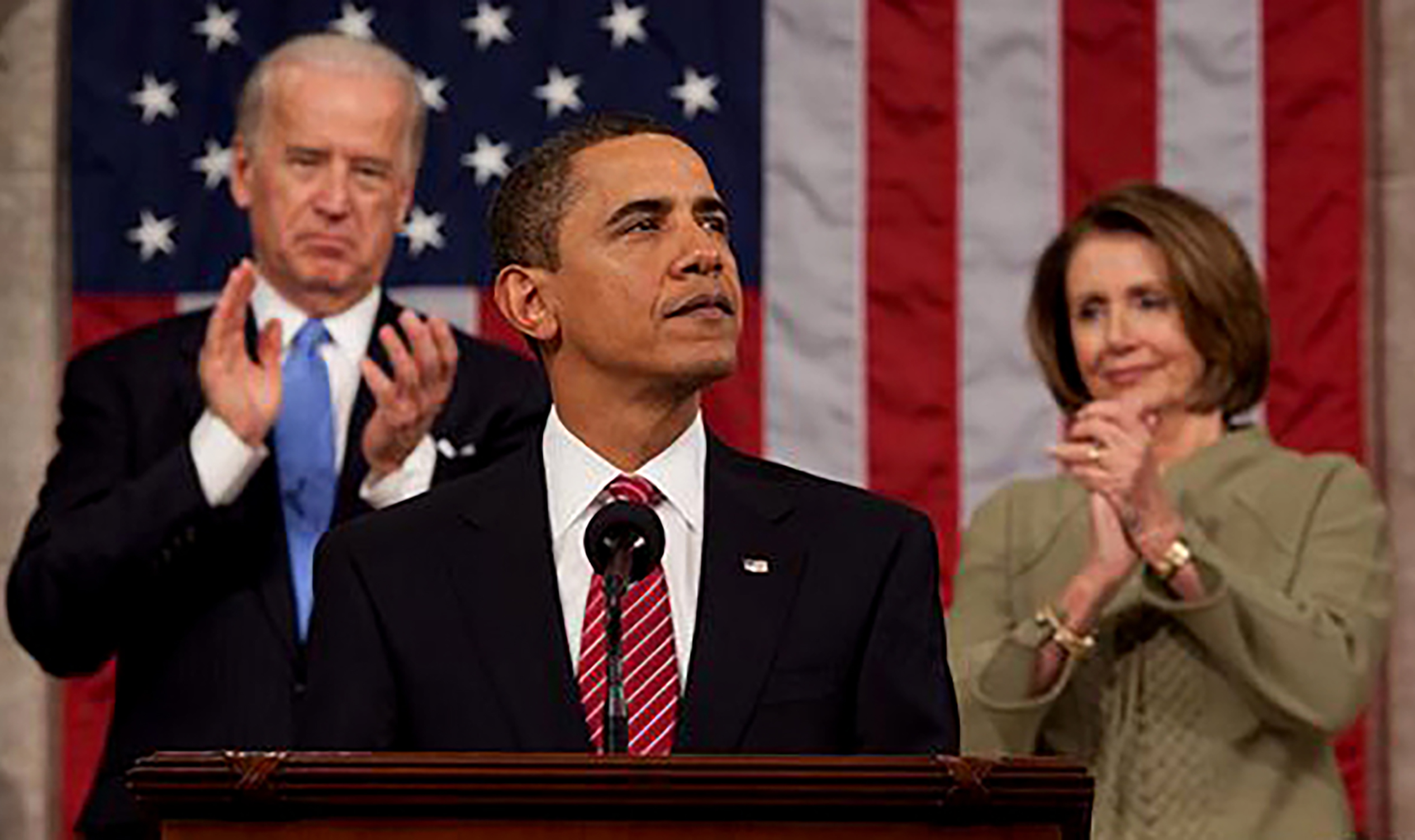 The night, eight years ago, that Barack Obama was elected the 44th President of the United States was euphoric. At an election watch party in downtown Washington, DC—when the screens locked into CNN announcing Obama as the projected President-elect—the huge, nearly all-Black crowd erupted in jubilant excitement.

Last night that man said goodbye, urging Americans as he brushed away tears to continue to push for the change his presidency had promised.

Eight years earlier tears streamed down my face and the faces of those around me. We had not imagined in our lifetimes that our nation, built on the slave labor of Black people, would elect a Black man as its President.

While I was attracted to Obama’s campaign pledge to save the economy and end America’s wars, my enthusiasm had more to do with the fact that he was a strong, smart, competent leader … who was Black. The image of a Black man as President, an intelligent, articulate spokesperson for the world’s greatest country was enough for me. My son, then three years old, would grow up for the next eight years only knowing a Black man as the President.

Still, even from the beginning I had low expectations that Obama could bring genuine transformation to America’s benighted political system. So as he prepares to leave the Oval Office, it is worth taking this moment to consider just how much he accomplished.

President Obama inherited a crumbling economy on the brink of a depression. The housing and banking crisis had nearly destroyed the country. Obama immediately pushed through an unpopular stimulus package that has now proven to be incredibly successful.

In the month before Obama took office, more than 660,000 jobs were lost. During the Bush Presidency, the total number of jobs gained was near an all-time low of 160,000 annually. Comparatively, Obama has added nearly 10 times that amount, with more than 1.3 million jobs gained each year. During the height of the Great Recession, the U.S. unemployment rate was at a staggering 10 percent. The unemployment rate is now under 5 percent—with more than 14 million total new jobs added under the Obama Administration.

The day of Obama’s inauguration, the Dow Jones Industrial Average, the standard stock index, was just under 7,950. The Dow has nearly tripled in the past eight years, reaching an unprecedented high of 19,000. Stock prices don’t just help the wealthy; a vast majority of the middle class depends on stocks to support their retirement accounts.

The working class also enjoyed a boon. Although a Republican Congress failed to act on Obama’s proposal to raise the minimum wage nationally and to pass a jobs bill, after a passionate Obama State of the Union Address, cities and states across the country responded. More than 50 states and cities have raised their minimum wages, including three West Coast cities that have voted to raise their minimum wage to $15 per hour.

President Obama’s crowning achievement was a feat that seven other presidents tried and failed to accomplish. The Affordable Care Act has not been without controversy, but as Obama leaves office, more than 20 million Americans now have health care thanks to the ACA.

There are other victories that are no less significant. President Obama brought Osama bin Laden to justice. As promised, he did so while also bringing the number of American troops in Afghanistan and Iraq down from 175,000 to 15,000.

With a recalcitrant Congress, President Obama had to resort to the power of his pen to make other common sense reforms. Through Executive Orders, Obama implemented gun safety regulations after numerous mass shootings rocked the country. He also made progress on immigration, providing protection to Dreamers, young children who were brought to America by their parents hoping for a better life.

And for the subject nearest and dearest to my heart, criminal justice reform, the President has been a champion. Obama’s appointment of Eric Holder as Attorney General was monumental.

Speaking at the American Bar Association, Holder declared, “Too many Americans go to too many prisons for far too long, and for no truly good law enforcement reason.” Holder backed up his words by ordering his federal prosecutors to change their charging practices and no longer seek to send non-violent drug offenders to prison for long sentences.

The President used his authority to take the reforms even further. The first sitting President to ever visit a federal prison, including meeting with a group of inmates, Obama has already commuted the sentences of nearly 1,200 inmates, more than any other President in history and more than the past 11 presidents combined. Recognizing that solitary confinement of children equates to torture, the President also ended the practice for juveniles in federal facilities.

While I celebrate Obama’s presidency and mourn his departure, I also recognize that there is much more I wished he had accomplished. Closure of the Guantanamo prison, comprehensive immigration reform, and more far reaching criminal justice transformation was possible but didn’t happen.

President Obama has been a measured, thoughtful, exemplar. I will miss him, our graceful First Lady Michele, and their beautiful children. Mr. President, thank you for your leadership. Thank you for what you have done for our country. And thank you for the great image you have given my son.