Yuna Zarai’s sophomore album, Nocturnal, is a yummy tropical concoction of fused genres, tones, and culture. If you haven’t heard of the songstress behind it, you owe it to yourself to get acquainted, especially if you believe the music industry should still be about music.

The Malaysian-born Zarai is an ode to globalization. She began her career independently in 2006 with a Myspace page and a strong Malaysian following. The 27 year old walked away from law school to bring her breezy beats to Los Angeles three years ago. Now, Zarai’s swift rise to fame in the United States is a testament to her genuine lyrics and down-to-earth personality.

Her animated tunes—sometimes sunset-on-a-beach bliss and sometimes urban tunes of heart-break—come together as elegant, understated pop. Citing Lauryn Hill, Tame Impala, and Paul Simon as just a few inspirations behind Nocturnal, songs from the album range anywhere from bubbly “Falling” to husky R&B ballad “Escape.” The binding thread behind these songs is the warm rhythm, the playful lyrics and Yuna’s dimensional, ever-smooth vocals.

Having worked with producers such as Dutch remixer Robin Hannibal, Incubus’ guitarist Mike Einziger, and previously with Pharrell WIliams, Zarai’s proven she can navigate through the pop terrain as an indie artist of many genres. She was recently featured in soundtracks to the films The Croods and Savages.

On top of that, Zarai does it all in style. Donning a vibrant Islamic headscarf, or hijab, as her signature piece, she’s always tastefully decked out, translating into the launch of her own online clothing shop, novemberculture.com.

Remarkably, Zarai’s managed to play the game by her own rules, turning her faith and Malaysian background into her own brand of hip, rather than controversy. Both through her chic and fun apparel as a well as her continuous mixed bag of compositions, Zarai is a constant breath of fresh air.

Above all, she’s managed to bring the focus to what it’s all about, but so often is not: raw talent.

Q: I know you’re from a musical family that has always supported your musical ambitions, but it’s also easy to imagine the family pressure to stay in law school, right?

A: My parents are the best. It was a little bit crazy, I was just going to make music for fun and that’s it. When people started to recognize me in Malaysia, I was like “Ok! That’s it, I guess, back to law!” But my dad was so excited with the fact that I could write my own songs and he was the most supportive one. My mom, who was always telling me to do well in school, finally said, “Yea, this could be fun. Why not just try?”

Q: How much did Malaysian culture and music influence what we hear in Nocturnal?

A: Maybe in two or three songs. I don’t think the producers that I worked with noticed that they were actually putting it in. I’m close to all of them and often I’d let them know what I wanted, so when I was in the studio with them, I was like “Yeah keep that! I like that sound!” and they kept it, probably because I wanted it so bad. So at times, unintentionally the sound is there.

When I was doing this album, my producers added some sounds that were familiar to me. I felt like “yeah that totally sounds like a ‘kompang’ beat,” which is like a Malay tambourine used in weddings and can be heard in “I Wanna Go,” so we kept that, or a gamelan sounding instrument in “Falling.”

Q: You divide your time between the United States and Malaysia. What do you miss most about Malaysia when you’re away? What’s your favorite thing about life in America?

A: Malaysia, probably the food. I think if I stayed out here longer than three months without going home for some home-cooked Malaysian meals, I’d go crazy!

What I love about America is that I’m able to be myself and be creative. There’s a lot of inspiration out here, whether it’s the view from on top of the building, or the weather, or the people. I find myself writing songs, sketching and painting when I’m not doing any work out here.

Q: What’s the best advice you’ve been given as you’ve pursued your career?

A: Just be yourself, do what you love and stay on the right track. Always take care of your heart because there’s a lot of bad, negative things trying to break into it, and do your best.

Q: What are you doing when you’re not making music?

A: Probably just chilling at home. I love being at home just watching TV, cooking and working on my online store November Culture.

Q: How do you make sure you don’t compromise your beliefs and personality in an environment that values sensationalism over talent?

A: It’s always a scary thing. I’m trying to do music and it happens that it can be the most superficial job if you’re not careful. At the same time you’re trying to not lose your identity. I feel like as long as there are rules and regulations, and I follow them, I can discipline myself and I’ll be fine.

Yuna is scheduled to play in Seattle on Tuesday, December 17 at The Crocodile. 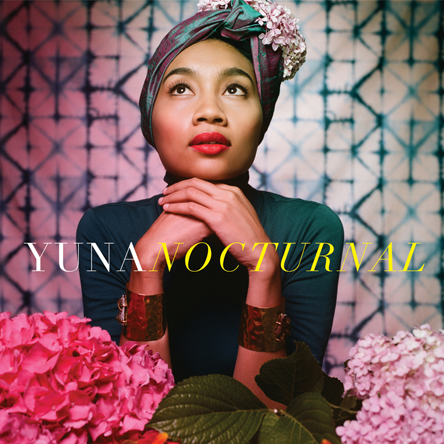