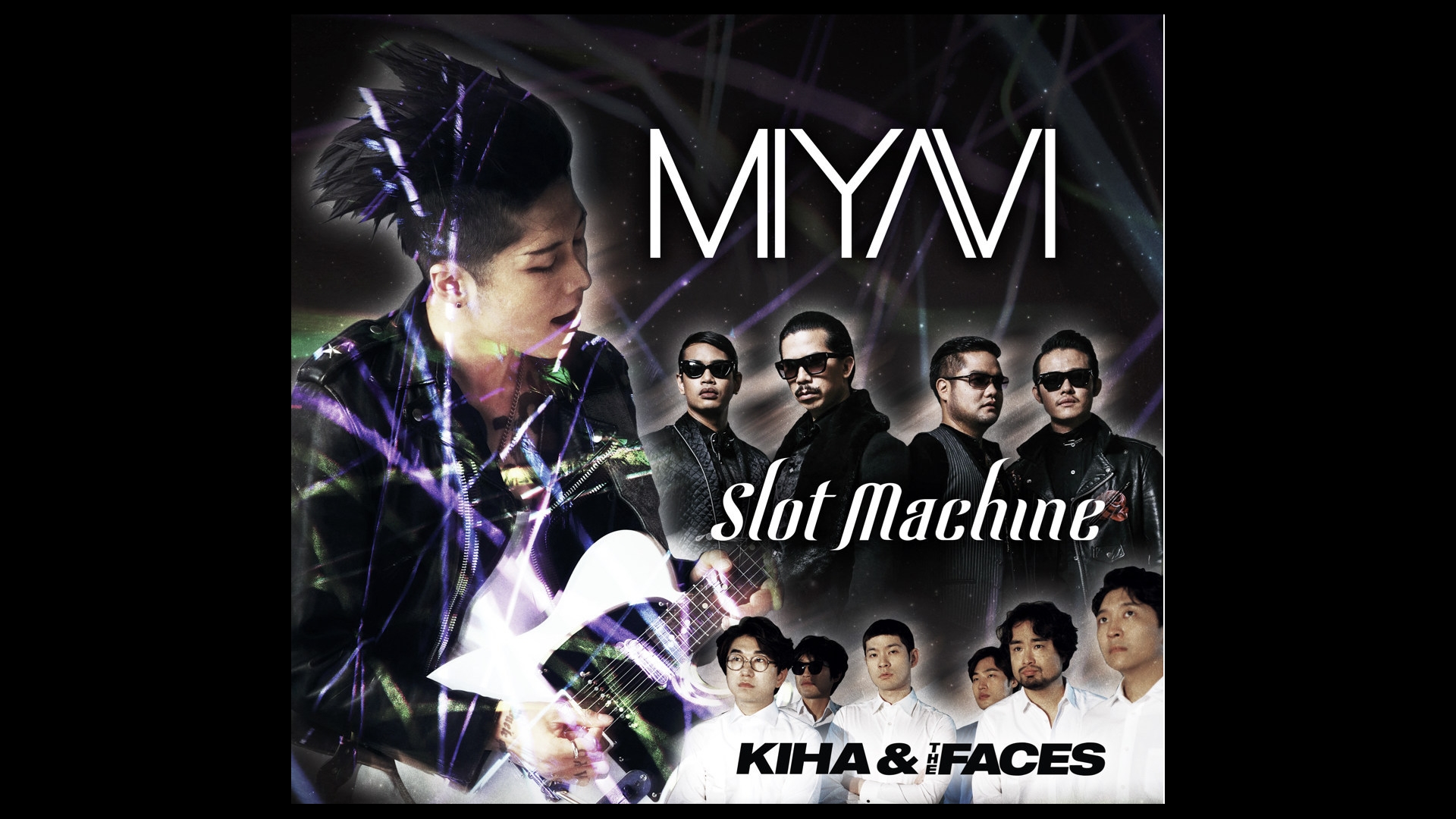 The following is an announcement from Seattle Theatre Group:

STG Presents Asia on Tour feat. Miyavi at The Neptune on April 4, 2017.

Live Nation is proud to present “Asia On Tour,” a new tour series featuring Miyavi from Japan, Slot Machine from Thailand and Kiha & The Faces from Korea – 3 renowned artists who represent a new wave of Asian music and are set to hit the North American shores this April. The series will kick off on April 1st and will visit 14 cities across North America including Seattle, Vancouver, San Francisco, Los Angeles, New York and Toronto. 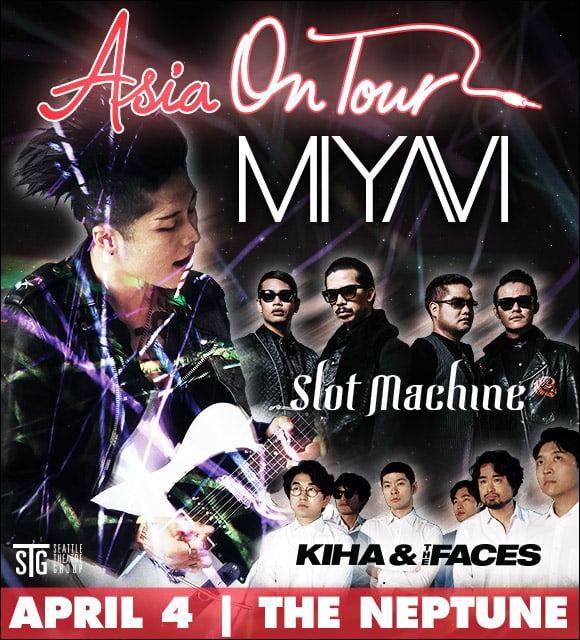 About Miyavi
MIYAVI has gained recognition around the world for his unconventional style of playing the guitar – not with a pick, but with his fingers and his “slap style,” which is like no other. Miyavi has four successful world tours under his belt, totaling more than 250 shows in 30 countries across North and South America, Europe, Asia and Australia.

About Slot Machine
It’s not easy for a Thai rock band to stay at the top of their game and maintain their popularity for 10 years, but Slot Machine is that band. Since their teenage days, they have gone through stylistic changes, but the one thing that has remained constant is their devotion to music. Spin The World, Slot Machine’s first all-English album was produced by Grammy Award-winning producer Steve Lillywhite and was released in 2016 to critical acclaim.

About Kiha & The Faces
Known for their artful wordplay, talk-like singing, and sympathizing lyrics, Kiha & The Faces holds a firm place at the top of the Korean indie scene. Their debut single “Cheap Coffee” became a massive hit in 2008 with their experimental yet familiar sounds captivating the masses. The band harmonizes the rhythms of the Korean language as well as combining the different genres of psychedelic, folk, funk, electronic, rock, and blues.