I first spoke with Yuri Kochiyama—who passed away on June 1 at the age of 93—on a balmy Sunday morning in 1982. I was a UCLA student visiting New York for a few weeks during my summer break. That year I was assisting the producer of an Asian American show that aired on a Los Angeles public radio station, and she had given me the names and phone numbers of people in New York to interview for potential programs.

Yuri was the first person on the list I called. I introduced myself, explained that I was visiting from Los Angeles and that our mutual friend had suggested I contact her.

“Do you have a place to stay?” she asked.

“I’m renting a room at the Westside Y,” I explained.

“Come stay with us,” she offered enthusiastically. “We have plenty of space.”

Within minutes, I had checked out of the Y and was riding the number 1 subway train to the apartment in Harlem where Yuri and her husband Bill had lived for decades.

I was unaware that Yuri was immortalized in a LIFE magazine photo showing the diminutive Nisei mother of six cradling the head of a dying Malcolm X. Nor did I know that Yuri was a titan not only among progressive Asian Americans but with a host of people throughout the world for her courageous political work.

Instead, I was amazed by Yuri’s extravagant generosity in inviting me, a stranger, to stay at her home.

Yuri and Bill Kochiyama were at once familiar and foreign to me. They were a Nisei couple in their 60s and looked like the hundreds of Nisei I had known growing up in Gardena and Los Angeles. But when Bill spoke, he had a thick New York accent. Yuri wore a T-shirt with the photos of political prisoners. They were unlike any Nisei I had ever met.

They ushered me into the kitchen. The table was piled with newspaper clippings, flyers for political rallies, and envelopes that Yuri had hand-addressed to mail announcements about an upcoming demonstration.

Yuri asked me, “Are you related to May Yogi?”

“That’s my aunt,” I exclaimed in surprise.

Yuri explained that she had been my aunt’s Sunday school teacher at the Jerome Concentration Camp in the Arkansas swamps during World War II. Yuri left the kitchen for a minute and returned with a worn photo of a gaggle of Nisei teenagers, including my aunt.

I felt immediately at home.

The following weeks were an education in politics. The Kochiyama apartment served not only as living space, but as an organizing hub, community center, and salon.

On any given night, Bill and Yuri might be hosting dinner for a group of visiting activists working to rid Japan of U.S. military bases. The following afternoon, some of Bill’s 442nd buddies who had settled in New York might stop by for beers and to reminisce. On another day, one of Malcolm X’s daughters would drop in to say hello. A few days later, a group filled the apartment to organize a coalition to protest the murder of Vincent Chin, a young Detroit man killed by two auto workers who thought Chin was Japanese.

Thousands of people crossed the threshold of apartment 3B at 545 W. 125th Street over the many years that the Kochiyamas lived there.

An old black phone in the living room sat atop an ironing board unfolded waist-high. It rang regularly. Yuri or Bill sat on a folding metal chair beside the ironing board and wrote in a spiral notebook the caller’s name, the date and time of the call, and the gist of the conversation in case they needed help later remembering.

The movement to secure redress for Japanese Americans incarcerated in camps during World War II was at its height, so many of the calls and visits to the Kochiyama apartment focused on that effort. Yuri and Bill were at the center of that movement in the greater New York area. They organized East Coast Japanese Americans for Redress. Bill testified in New York before the Commission on Wartime Relocation and Internment of Civilians. Yuri testified in Washington, D.C.

Following that rousing summer with the Kochiyamas, Yuri hosted me for several more extended stays over the following 15 years. I slept on the same trundle bed that had been her sons’ years earlier, listening to the clatter of the subway trains a few blocks away.

During those visits, Yuri involved me in her political work and talked to me with vigor and passion about a spectrum of topics—from the Black Panthers and Puerto Rican nationalists to Asian American jazz artists and the plight of David Wong, a Chinese immigrant wrongfully convicted of murder.

Conversing with Yuri in her living room filled with photos of her kids, Malcolm X, and other family members inspired me to fight for justice. But I was not the only one to feel Yuri’s influence. She touched the lives of thousands.

Yuri possessed the rare qualities of treating people with compassion, expressing genuine curiosity about their lives and trying to understand who they are. She also had a keen mind and a sophisticated understanding of larger societal and political systems that result in oppression based on race, ethnicity, gender, sexual orientation, and class. That combination contributed to her impact. At one moment, she would talk with fervor about the Sandinistas and then a few minutes later ask a visitor to pose for a picture with two Care Bears that admirers had sent her.

But at her core she was committed to battling injustice in its many manifestations.

Bill passed away in 1993, and several years later Yuri moved to Oakland to be closer to her children. I saw her at anti-war rallies and performances by Asian American artists. By then, she was using a walker plastered with political stickers and moving more slowly, but she always warmed me with her smile and the sparkle in her eye.

I miss her energy, her passion for justice, and her endless faith that we can make the world better by fighting for what’s right.

In mourning Yuri’s passing but also in celebrating her extraordinary life, I’m reminded of words from Dorothy Day, co-founder of the Catholic Worker:

“People say, what is the sense of our small effort? They cannot see that we must lay one brick at a time, take one step at a time. A pebble cast into a pond causes ripples that spear in all directions. Each one of our thoughts, words, and deeds is like that. No one has the right to sit down and feel helpless. There’s too much work to do.”

Thank you, dear Yuri, for generating waves, not ripples, for justice, equity, and freedom. I am grateful that you were always hopeful and stood up for your beliefs without hesitation. You did more than your fair share of work to heal the world. And you inspired countless others to do the same.

Thank you for showing us how to live a life of meaning, compassion, and commitment. 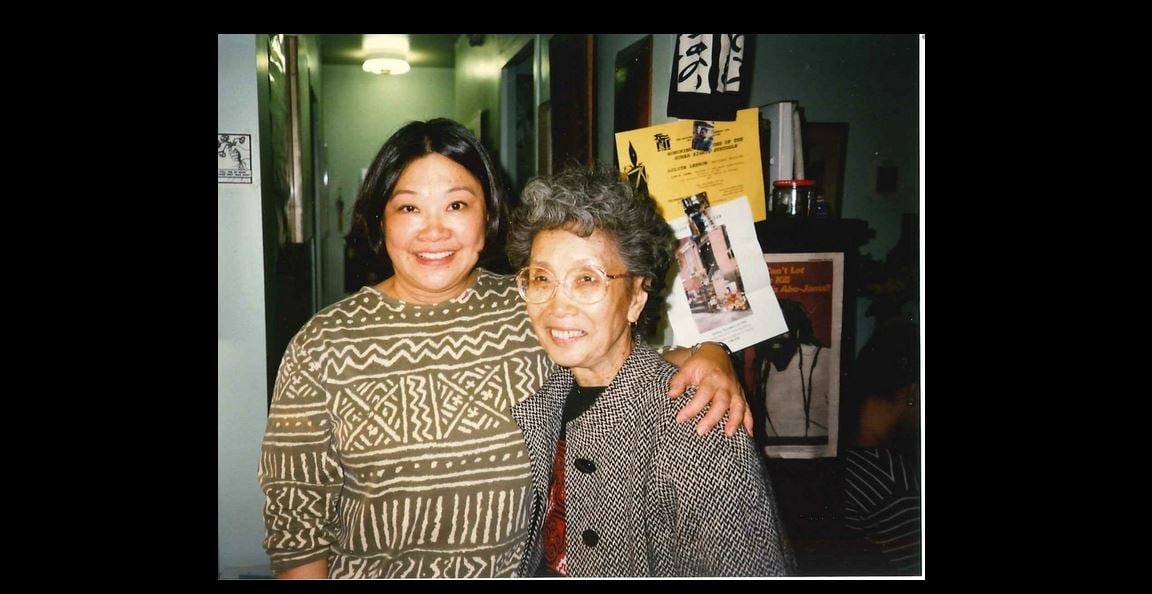 Faith and justice: There will never be another Yuri Kochiyama