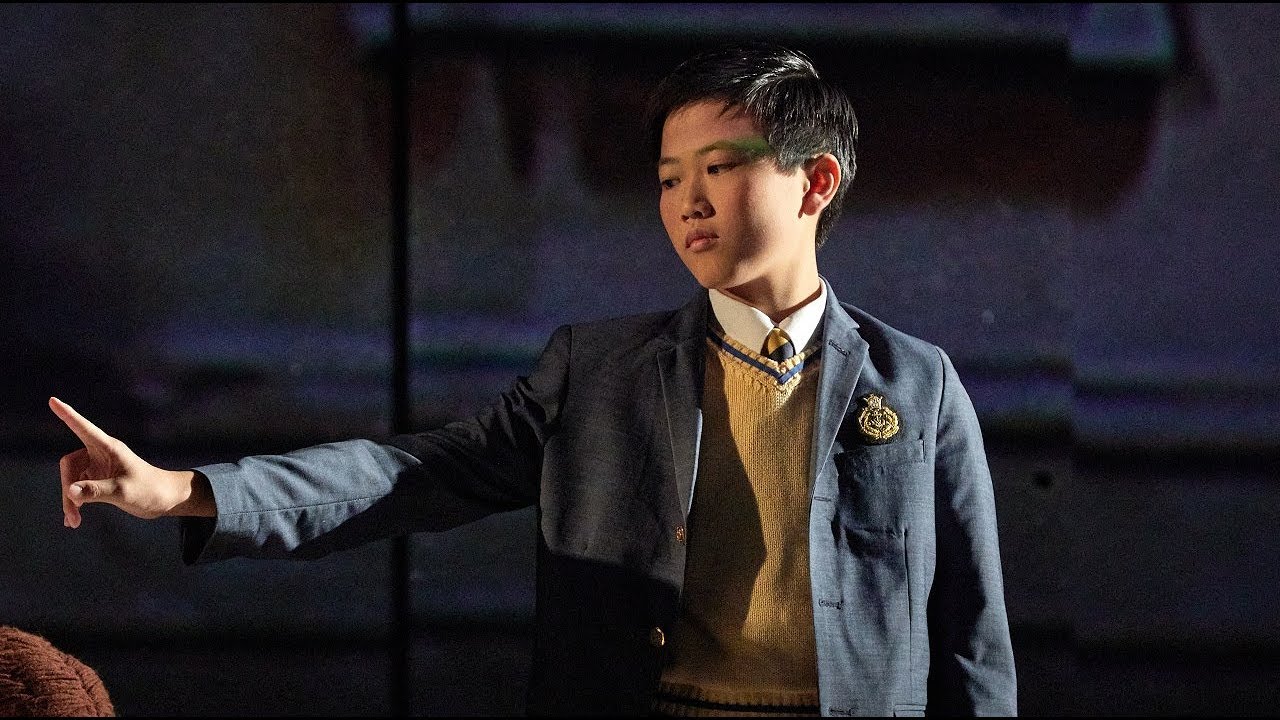 Just in time for Halloween, Benjamin Britten’s operatic ghost story, The Turn of the Screw, will be presented by the Seattle Opera during October. Portraying the role of young Miles, one of the orphaned children whom the new Governess must supervise, is youth performer Forrest Wu.

Wu got an early start in training his voice for opera. “I began singing with the Northwest Boychoir when I was six years old and have been in their performing choir for the past three years,” Wu said. “The Boychoir gave me awesome musical training and in recent years we’ve performed in numerous concerts with the Seattle Symphony.”

Wu isn’t all work and no play, however. “The Boychoir is also a lot of fun,” he said, “and I’ve made some great friends, some I’ve known since first grade.”

The leap to from choir to opera came through family inspiration. “When my sister was one of Papageno’s baby chicks in the Seattle Opera’s production of The Magic Flute last year, I got to spend a lot of time watching the rehearsals and seeing the production come together,” Wu said. “I was immediately interested in participating in an opera, especially seeing the three spirits, kids my age, singing and acting and having a lot of fun.”

Wu auditioned and was cast as one of two young performers alternating in the role of Miles. In order to learn the music before formal rehearsals started, Wu said, “I have been rehearsing once a week with Seattle Opera vocal coach Jay Rozendaal since late April to learn the music.”

This opera training has been a great learning experience for Wu. “Jay and another Seattle Opera coach, Nicole Sonbert, have been giving me tips on improving my diction and vocal technique,” he said. “I also attended a Seattle Opera youth camp this summer to learn acting while singing.”

While preparing for The Turn of the Screw, Wu is also looking forward to projects in the near future. “I will continue to participate in Northwest Boychoir performances,” he said, “including upcoming concerts with the Music of Remembrance in November and the Boychoir’s Lessons and Carols holiday concerts in December and Choral Traditions concerts in the Spring.”

Currently, Wu is a soprano, but he expects his voice to change soon. “It’s kind of hard thinking too far ahead,” he said.

For now, Wu is focused on the role of Miles. His overall verdict? “The Turn of the Screw is a very creepy opera.”

“Turn of the Screw” runs from October 13 to 27 at the Seattle Opera, McCaw Hall, 321 Mercer Street, Seattle.