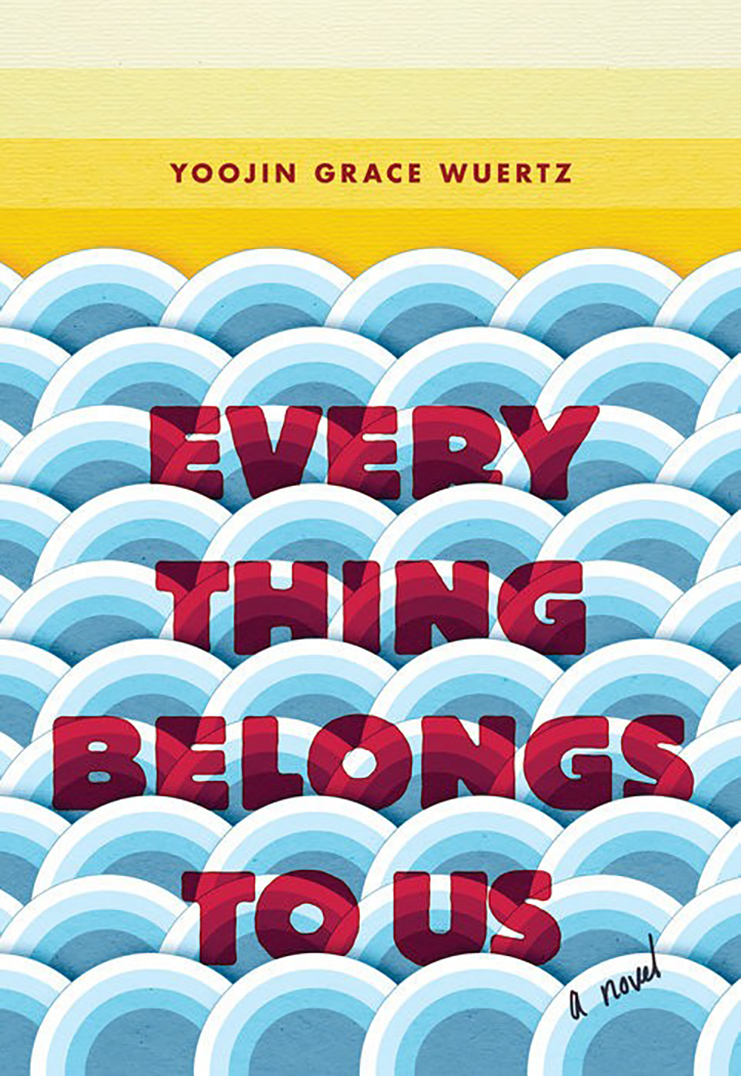 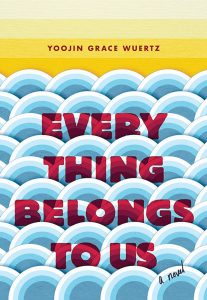 By the year 1978, South Korea was beginning to reckon with the human consequences of transforming from a developing to developed country in a single generation. The so-called Miracle on the Han owes a great deal of its success to the careful cultivation of the Park Chung Hee administration, which utilized an abundant supply of cheap Korean labor while ignoring issues of human rights and suppressing voices of dissent. Only one generation removed from the utter devastation of the Korean War, Korean society could at long last indulge in hopes and dreams of a future of prosperity, a vision of the future somewhat at odds with the regime’s strictly conservative social regulations. It is against this backdrop that Yoojin Grace Wuertz sets her debut novel, Everything Belongs to Us, a story of three young people as they navigate poverty of the past and promise of the future.

Though each of the three main characters are students at Seoul National University – the most prestigious school in the nation – their ambitions and responsibilities vary greatly. Jisun was born into a life of remarkable privilege. Her father, a ruthless first-generation chaebol, is among the rarefied group of businessmen taking advantage of the economic climate to accumulate great wealth, power, and influence. Jisun, however, is less than enamored with the advantages granted to her. Instead, she rejects her father’s world and joins the student protest movement, going so far as to work undercover in a factory to galvanize the working class to fight for better conditions and to stand up to inhumane treatment.

Across Seoul, Namin leads a life that contrasts Jisun’s in almost every way. While she attends to her studies, her parents tend a food stall from dawn until midnight, struggling to make ends meet. Namin, a prodigious student and aspiring doctor, assumes the burden of being her family’s sole hope – that she may lift be their ticket out of poverty. At SNU, these two young women encounter Sunam who, though from a comfortable family, lacks conviction and decisiveness and finds himself caught between the abundance of Jisun’s world and the paucity of Namin’s.

Through their interactions and entwinements, Wuertz explores how these young people, on the cusp of adulthood, navigate the tension between hope and despair and are pushed to moral extremes. Though Jisun’s family has – by the standards of the political regime – achieved greatness, she is disillusioned by the life promised to her by her father’s conglomerate. Rather than coalesce, she attempts to reject this life, going so far as to organize for workers rights and to empty her sizeable bank account in aid of the protesters. Meanwhile, Namin is forced to choose between her studies – and the future her family hopes lies on the other side – and caring for her sister’s abandoned child, the product of an affair with an American G.I. Entangled between the two, Sunam wavers between his relationship with the poor but prodigious Namin and his attraction to the rebellious Jisun.

When the latter’s father offers him an enormous sum to stay clear of Jisun, Sunam must make a decisive choice. Like the society at large, each of these three are forced to grapple with an unsavory reality and the tenuous promise of something better. In situating her novel at the end of the Park Chung Hee era, Wuertz skillfully illuminates the muted turmoil bubbling beneath the surface at a watershed moment in modern South Korea through the eyes of the future – its students.