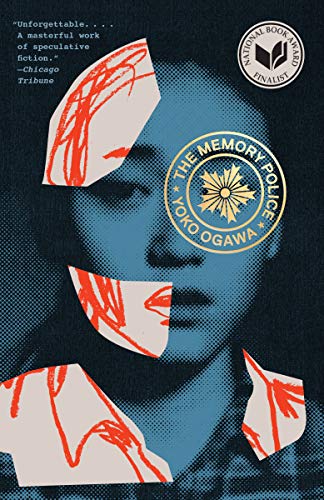 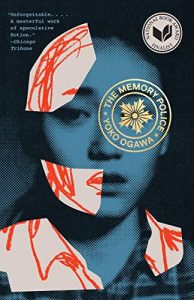 For people who find themselves remembering the past—or even things others tell them—more than others, The Memory Police by Yoko Ogawa might hit a chord. Originally published 28 years earlier in Japan in time for the 50th anniversary of the country’s surrender during World War II, the book’s English edition was finally released in 2019, translated by Ogawa’s longtime translator Stephen Snyder. Though Ogawa never meant for the story to be a political allegory, it is now being interpreted as such: a grim warning for what the future may hold from inaction and the unequivocal acceptance of the gradual degradation of society.

The Memory Police follows an unnamed female protagonist, a fiction writer who lives on a remote island. For as long as she can remember, objects have randomly disappeared, a process that remains a mystery throughout the book. Every time a disappearance occurs, the island’s residents physically remove evidence of it from their lives, and a process of emotional dissociation and amnesia for the object immediately occurs that is not under the individual’s control, leaving a figurative void. The Memory Police enforce these changes by making surprise raids of homes and businesses, flushing out any lingering evidence people may have overlooked or any detractors that complain about the system.

Though most of the residents unquestioningly obey the Memory Police and succumb to the residual memory loss, a small group of the island’s residents are immune to its effects and resist by secretly collecting and hoarding the “disappeared” objects. The protagonist’s mother is one of these people. The Memory Police escorted her away in perfect health 15 years prior, only to return deceased a week later with no clear explanation for the cause of death.

In the present day, the protagonist lives on her own in the house she grew up in. After observing a raid on a business and the expulsion of a few people, she learns from her editor, R, that a quiet resistance exists on the island in the form of secretly hiding people who remember. She discovers R is like her mother and decides to hide him in a secret compartment in her home. As the Memory Police acts with renewed force to fish out the remembering few, she prepares the room with the help of an old family friend and stows him away, all the while working on a story that seems to alarmingly mirror her own bleak future.

Through all the insidious chaos, the residents adjust and take each new change in stride despite the emptiness it leaves behind. As new disappearances of objects and people continue, hope and fear in the name of survival fuels the existence of a system that makes their life harder and less sustainable. Readers will not find it surprising that Ogawa’s inspiration for becoming a writer is Anne Frank’s The Diary of a Young Girl. Ogawa’s book echoes the experience of European Jews during the Holocaust as a minority of people on the island are hunted out, carted off, and eventually disappear, all while the majority look on and do nothing. The Memory Police is a chilling reminder of an allegorical dystopian future as the things and achievements we prize today may be relegated to a hidden compartment that remains forgotten and unseen.