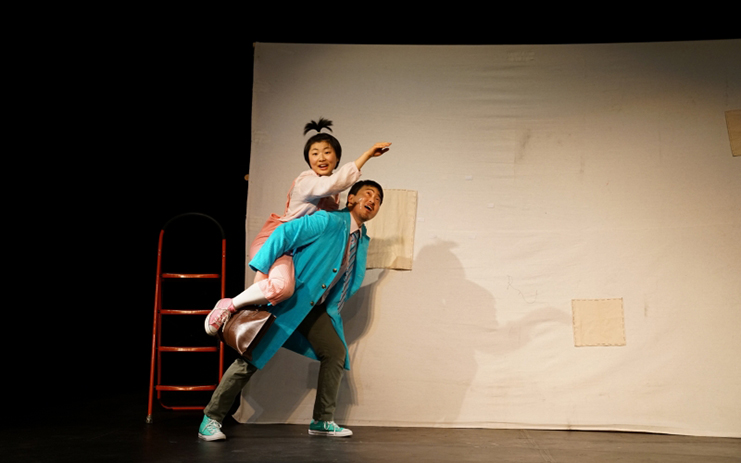 Yao Yao was scheduled to be performed on March 31 at Edmonds Center for the Arts. From Edmonds Center for the Arts on their website: Pursuant to the Executive Order issued by Governor Jay Inslee this morning, ECA will be postponing or canceling all ECA Presented Events, as well as all Partner and Rental Performances through the end of March. We anticipate that events scheduled through the month of April will also likely be postponed or canceled and will share additional information and updates with you as we determine next steps.

The artistic partnerships between the U.S. and Asia continue with the upcoming tour by Brush Theatre of South Korea to the Edmonds Center for the Arts. Brush Theatre will present Yao Yao, the story of a little girl who misses her father so much when he goes to work that she pulls a thread from his jacket and launches a journey into a magical world.

Gillian Jones, the Director of Programming at ECA, emphasizes the excitement of brining Yao Yao to our region. “Edmonds and the surrounding region have a thriving Korean-American community,” Jones said. “As an organization, we are eager to develop partnerships and increase representation of Korean and Korean-American artists on the ECA stage.”

Jones expects Puget Sound children to appreciate the performance. “I had the chance to see Brush Theatre’s production of Yao Yao a couple of years ago, at the International Performing Arts for Youth (IPAY) conference in Philadelphia,” she said. “It was, hands down, my favorite performance of the Juried Showcases.”

Hyunjoon “Hmoo” Moon, production manager for Brush Theatre, believes that result is because of both the empathy and the experimentalism that is practiced by Brush Theatre. “We try to take ideas from our young audiences, as it is actually not us adults, who can create their view,” Moon said. “For example, we sometimes do surveys for our audiences, and ask something like ‘what was in your dreams last night?’”

Brush’s team takes these ideas and delves into playing with them. “Brush Theatre loves to explore, experiment and expand the imaginative ideas on all of our shows,” Moon said. “Our members continue to give new ideas in all processes, from the creation, production, development, review and even during the rehearsing session.”

Yao Yao is a product of this collaboration and also of incorporation and integration. “At the very beginning of Yao Yao, we wanted to create a play that comes out from a child’s view, and we’ve also brought in a little yarn idea from a children’s story book,” Moon said. “But this first version was quite different from what it is now, as there are many new items popped up somewhere and blended into the show along the way to today’s show.”

In all its productions, Brush Theatre has strived to stay compact and mobile. “For the shows to target international audiences, we try to keep them nearly non-verbal,” Moon said. “For Yao Yao, there are some short lines translated and spoken in English to give the story, and some remaining in Korean to retain the original color of the show.”

Moon reports that this process has allowed Brush Theatre to expand its reach. “Yao Yao has been very successful and enjoyed by all local and international audiences, young and old,” she said. “It indeed gave us the opportunities to develop into our new productions, bringing our company to international stages.”

According to Jones, Brush Theatre accomplishes its goals well. “The company takes such a universal emotion for young children, the sadness we feel when a parent has to leave for work, and can’t play anymore, and creates this beautiful window into a child’s imagination,” she said. “The story is complemented by an interactive screen art backdrop, and also live music, making the whole experience engaging and accessible to our youngest audiences.”

Although this is Brush Theatre’s first visit to ECA, Jones hopes it won’t be the last. “One of our staff, Lisa Helber, had the opportunity to see the company’s newest work, Doodle POP, last month,” Jones said, “and we would love to bring the company back with that production on a future tour.”