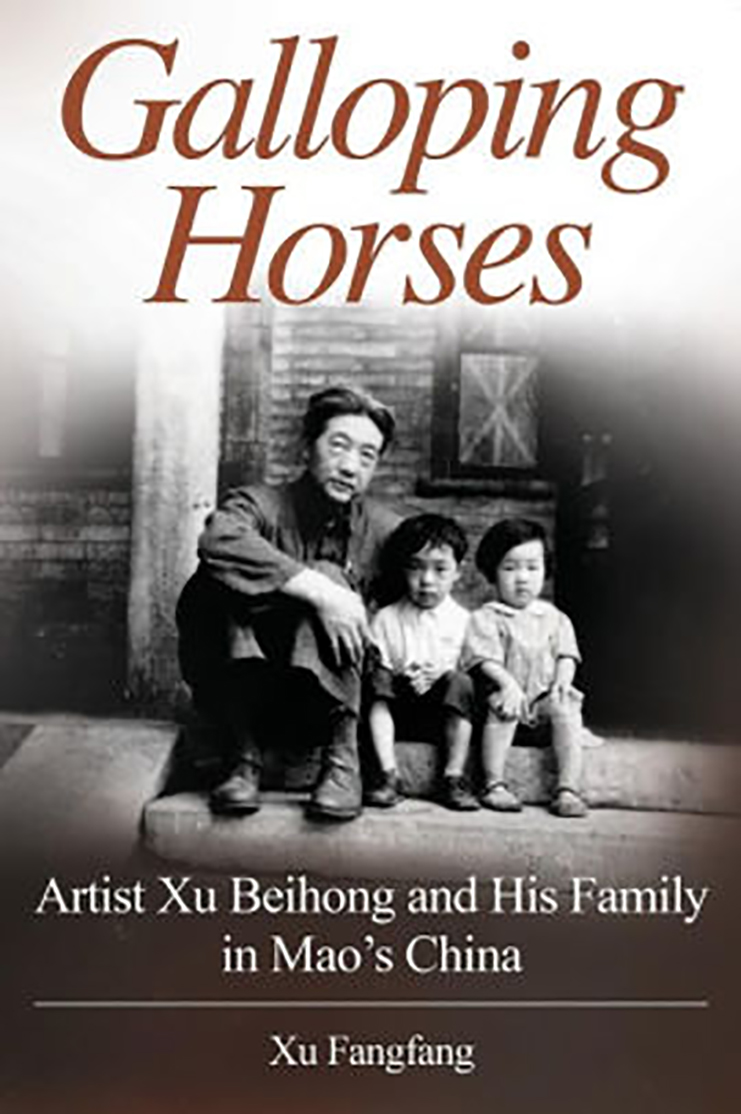 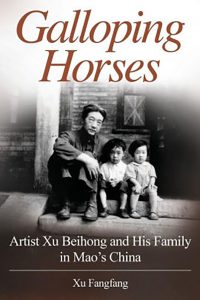 Xu Fangfang is the daughter of the noted 20th century artist Xu Beihong (1895-1953). Her book, Galloping Horses, is part memoir and reminiscence and is a work of nonfiction based on her personal experiences and on her mother Liao Jingwen’s recollections.

Xu Beihong studied overseas first in Japan and later in Paris, the center of the international art world. The artist attended the conservative and academic Ecole Nationale Superieure des Beaux-Arts from 1919-1927, where he studied painting and drawing. He was not attracted to the avante garde and progressive trends like Cubism or Fauve like other contemporary painters from China, preferring a realistic didactic approach to the arts.

Xu Beihong worked in a traditional style combining Chinese brush and ink technique with Western perspective and composition. His paintings and ideas influenced generations of Chinese artists and the direction of government policies in art colleges and universities in China.

Xu Beihong was China’s most famous international art star due to his ceaseless promotion of contemporary Chinese artists and exhibitions of his own work in Europe and Malaysia. He enjoyed successful and lucrative patronage with Western educated and overseas Chinese who enthusiastically collected his work especially those in Singapore and Southeast Asia.

Xu Fangfang was a child when her famous father died in 1953. Her book chronicles the trials and tribulations of this privileged family from the Communist revolution until the death of Mao. The first chapter takes place at the beginning of the Cultural Revolution when Red Guards attack the Xu Beihong Memorial Museum and family residence ransacking, destroying and tearing up original paintings and physically terrorizing her mother in the process. She later emigrated to the U.S. in 1981 and in 2011 was instrumental in organizing the first American exhibition of her father’s work “Xu Beihong: Pioneer of Modern Chinese Painting” at the Denver Art Museum.

Xu Fangfang’s book takes us through the tumultuous years of constant revolution and political chaos. The family lived comfortably in an old courtyard home in Beijing and enjoyed the benefits of perks like summer holidays at a beach cabin in Beidaihe. They had access to top government officials and leadership including Premier Zhou Enlai and Chairman Mao himself.

Xu Fangfang was a student of Western classical music and studied at the prestigious Central Conservatory of Music under Russian trained teachers. Like all city youth, she was sent down to the countryside for several years of further reeducation. During the Cultural Revolution all Western classical music and Peking Opera was banned and only the eight model revolutionary works approved by Jiang Qing were performed ad nauseum. Some of the most interesting parts of the book describe the year 1976 and the death of Zhou Enlai and Chairman Mao and the outpouring of grief and spontaneous demonstrations in Tiananmen Square.

With what seems to be an astounding surfeit of books in English and Chinese today about the chaotic madness of the Cultural Revolution, Xu Fangfang gives us an insightful and unique look at late 20th century life in China from an insider’s viewpoint.