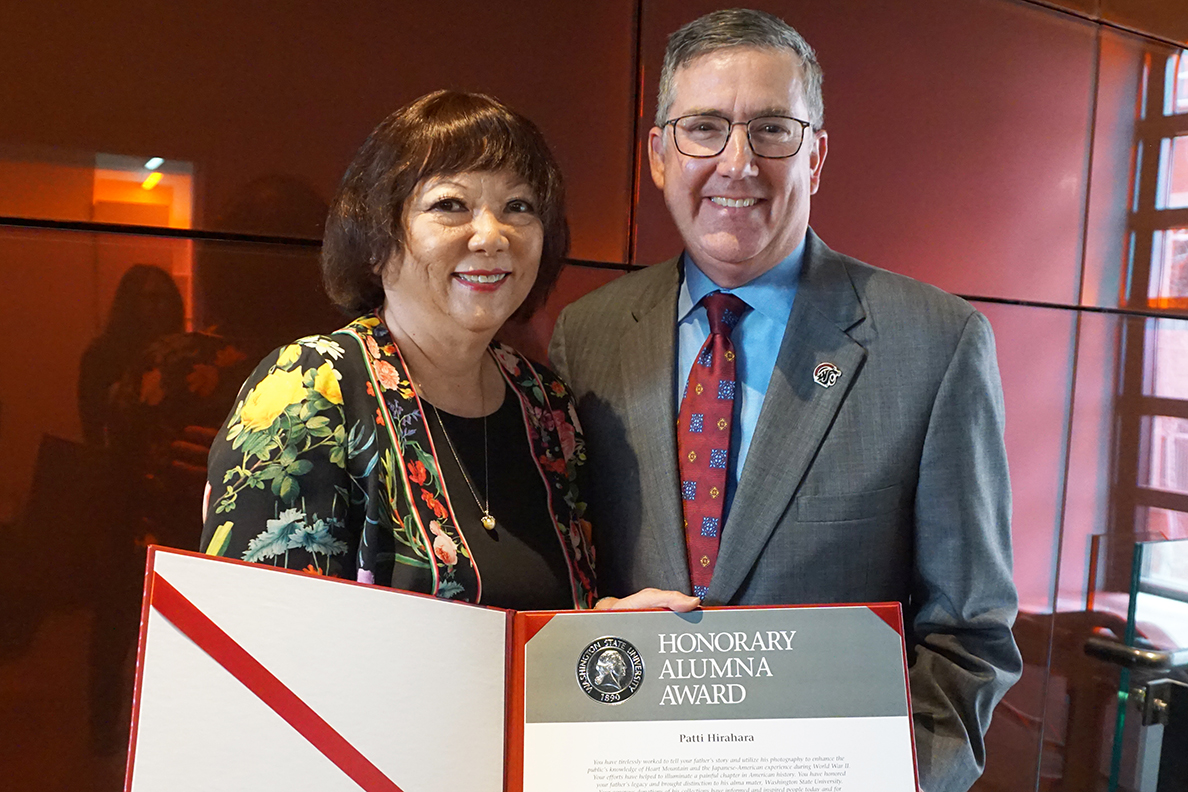 After donating over 2,000 photos taken by her father and grandfather while in an incarceration camp during World War II, Patti Hirahara dedicated her life to promoting the collection and educating others about the legacy of Japanese Americans. As a result, WSU has chosen to celebrate Hirahara with the Honorary Alumna Award, making her the first Japanese American to receive the title since its inception 52 years ago.

Hirahara’s father, grandparents, and great-grandparents were forced to leave their homes in Yakima, Wash. under the direction of Executive Order 9066, which authorized the the creation of certain military zones, clearing the way for the incarceration of Japanese Americans in U.S. concentration camps.

During their time at Wyoming’s Heart Mountain Relocation Center, her father Frank and grandfather George documented everyday life inside the camp, developing and printing their photos in a secret underground darkroom built under the family’s barrack. As a citizen of Japan, at the time George was not allowed to own camera equipment, but his son Frank, as a U.S. citizen, could possess photographic equipment. Frank ultimately graduated from WSU where he earned a bachelor’s degree in electrical engineering in 1948.

In 2010, Hirahara donated the original negatives and photos taken by her family to WSU Libraries. The collection is considered to be the largest private collection of photos taken by amateur photographers in Heart Mountain. The library subsequently received funding from the National Park Service’s Japanese American Confinement Sites Grant Program to preserve, clean, and digitize the negatives for future generations. Now accessible to the public online, filmmakers, authors, the FDR Presidential LIbrary, and the Smithsonian have all utilized the photos.

Additionally, Hirahara worked for more than six years locating the people on the photos and sharing what she found with family descendants, commiting her life to sharing her family’s story and the legacy of internment with students at WSU, establishing the Frank C. Hirahara Excellence Fund in her father’s memory.

This year marks the 75th anniversary of when her father and grandfather began taking photos in the camp, making receiving the award particularly poignant for Hirahara and cementing her family’s place in history.