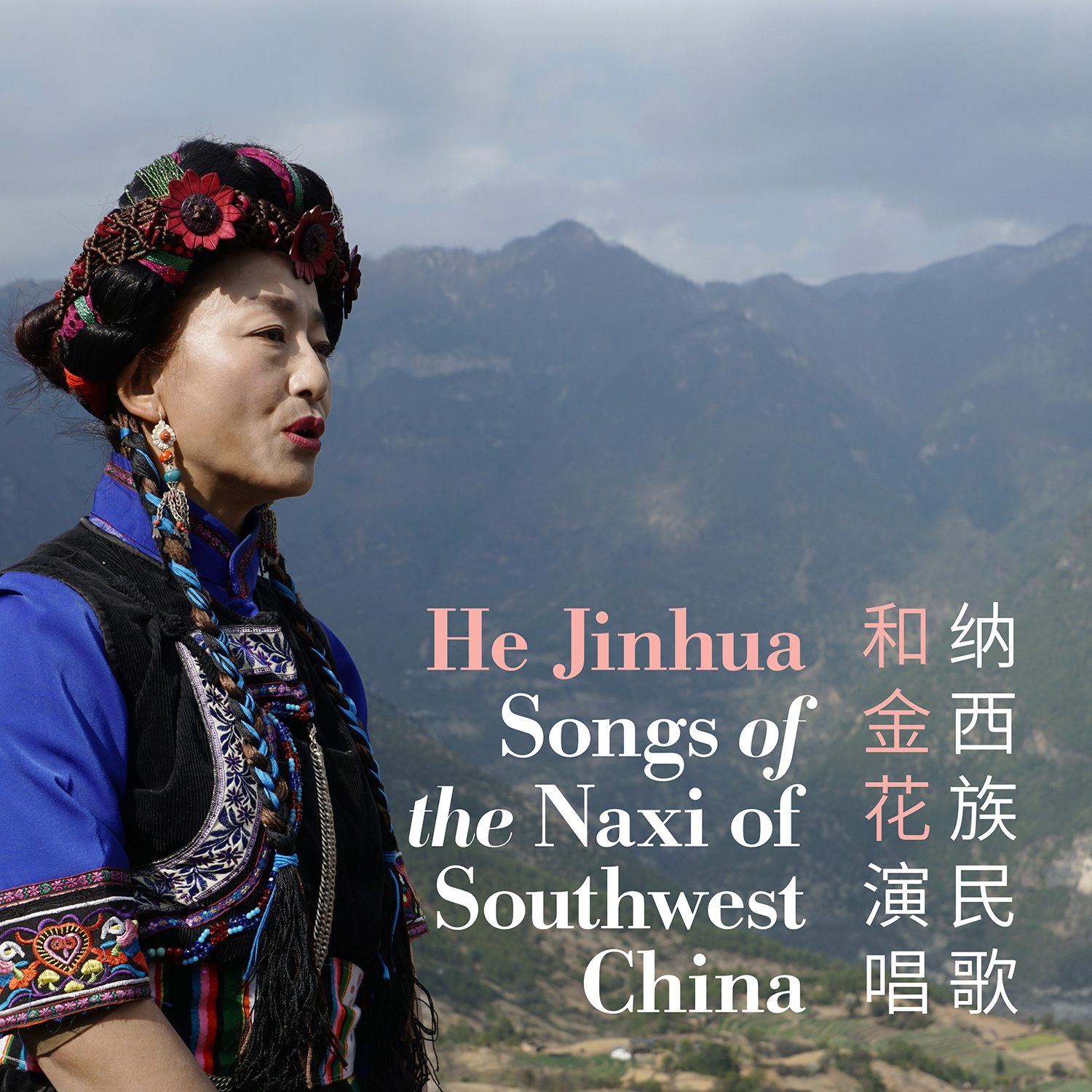 “Naxi folk songs are full of references to snow-clad mountains, rushing rivers, spring flowers  and the profusion of local wildlife in the Naxi heartland of Northwest Yunnan province, China.  The songs also speak to daily life – of agricultural labor, or the sorrow of a brides’s mother at her daughter’s departure, but also the joy of communal celebrations, and the fun that children  can find in every activities. In this first CD of Naxi folksongs published outside of China, He  Jinhua (b.1971), one of the most renowned Naxi singers today, presents songs she has learned  since childhood from relatives, farmers, colleagues, and field collectors all over the region.”

That was the opening paragraph of the liner notes describing the interesting content and  context of this remarkable solo vocal CD. Produced by the Smithsonian Folkways Recordings  label we are introduced to the wonderful folk singer from the Naxi region, He Jinhua. She sings  in her native language Naxi. Her songs reveal the depth of the human emotion from the edge of  breaking into a tearful cry of a plaintive melody to the work song. The emotional lament of track  12, Dawn Lament, is pure heart wrenching sadness. Track 14, Song of the Spirit of the Grain,  reflects the respect one has for the bounty from mother earth. The acapella vocals on the first  14 tracks presents folk singer He Jinhua in her venerable stature. Her voice is soft. Her voice is  strong. Her voice is powerful. Her voice expresses the art of the plaintive song.

Tracks 15 thru 17 have He Jinhua playing various jaws harps. No vocals. The tones and the  rhythms from the jaws harp are quite organic. A steady rhythm is introduced and the vibrations  from the jaws harp creates fluctuating harmonics where melodies can be created by the  movement of the size and shape of the cavity of ones mouth. Track 17, Meeting by the  Moonlight, is a mesmerizing song with a steady rhythm and multiple melodic parts. Low bass  tones snap on the downbeat and high pitched shimmering tones bounce off the low tones, a  type of a call and response activity that almost sounds like a full orchestra!

Track 18, Transplanting Song-Version 2, puts He Jinhua with the grand piano accompaniment  with composer Daniel Ho. A wonderful platform to enjoy He Jinhua’s beautiful voice in a more  western context which showcases her pure tonal sensibilities. Track 19, Gguqqil song from  Labeq, Daniel Ho introduces the ukulele along with Helen Rees on recorder. This song is an  arrangement from her acapella version from Track 7.

The final track, Track 20, Self Introduction, He Jinhua speaks in her native language Naxi,  talking about her upbringing around elder herdsman learning various folksongs while herding  pigs and cattle. These elders have since passed and the ones who are here are in their 70’s  and 80’s. This CD, thanks to Smithsonian Folkways Recordings, is preserving the legacy of the  Naxi people of their folksongs that were handed down through generations. He Jinhua carries  the torch forward with a bright light!