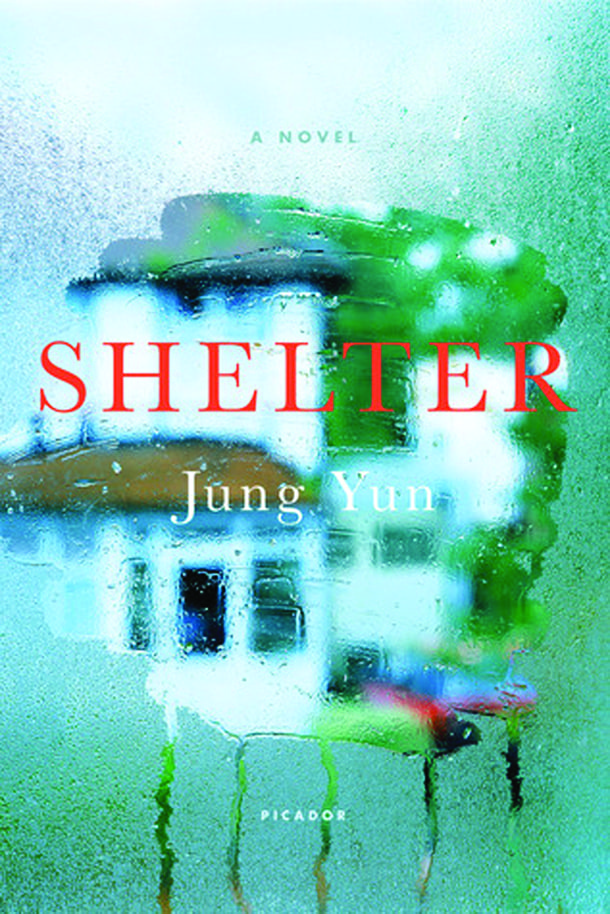 Shelter by Jung Yun is a searing and beautifully written novel that still haunts me—I found it hard to put it down. A Korean American man, Kyung, must take in his emotional distant parents after they experience a horrific trauma in their wealthy neighborhood home. Kyung takes on caregiving for his parents with ambivalence because of his parents’ childhood abuse—as well his own shame for never meeting their expectations as a dutiful Korean son.

The book tears apart the notion of being safe in your own home—from threats within as well as from outside. The illusion of safety in home ownership is also ripped apart when Kyung’s own modest home is the source of great stress and financial strain. Despite coming from a wealthy upbringing and finding moderate success, he is sinking in debt and miserable. Yet he is compelled to maintain an illusion of success in America. Even with his privilege as an educated academic, Kyung feels his material accomplishments pale in comparison to his father Jin’s achievements as a celebrated professor, whose life’s work results in wealth and the ownership of a near-mansion. However, even he finds that a mansion only offers a tenuous illusion of safety and shelter. We soon discover that this fine house is not a home, but a beautifully decorated prison.

Shelter is ultimately Kyung’s story. Because of his childhood trauma, Kyung wrestles with never feeling like he belongs in his new family or in the tightknit Korean community of his town.  In one segment of the book, Yun describes Kyung’s arrival to his parent’s hospital room to find Korean church members waiting before him: “He can feel the weight of their judgement as he walks toward his mother’s room. Doesn’t go to church. Not dutiful to his parents. Took a white girl for a wife.”  He is an outsider even in his own home and a perpetual foreigner as an Asian American in America. He struggles to be a present and loving father and husband to his white American wife and young child. Kyung’s inner thoughts and complex emotional transformations are what guided me throughout his harrowing journey.

The characters’ richness pop throughout the book, including the brooding Jin, Kyung’s father. “People your age,” Jin says without making any effort to hide his disdain. “All you do is think about happiness. You think I was happy when I first came to this country? [p. 175].”

The only specter of the book is Kyung’s mother, Mae. Her horrific suffering throughout her life as a survivor of violence is painstakingly detailed. Her passion for home decorating and luxury tastes are described in exhausting detail. But still, I never get a sense of her innermost thoughts and desires the way that I get with Kyung’s. Impressions of Mae are only filtered through other characters’ impressions of her. Everything about her is extremely suppressed and secretive, and I craved to know more about her. She reveals nearly nothing but her stewing just below the surface—until her startling implosion. But perhaps this was the only way she felt she could survive over the years: by concealing her trauma, as well as her dreams.

The author, Jung Yun, elevates ordinary suffering and shame into literary art with an unflinching honesty. Expressing rage against one’s parents in Korean culture is a big taboo. She charts Kyung suppresses his slow simmering of Korean rage and resentment towards his parents until he explodes—at arguably the worst time, when their suffering is already at its peak.

Growing up watching white families on TV, I marveled at how white children could openly yell and talk back to their parents, their dissenting opinions even sometimes encouraged.  The same actions in a Korean American family could signal a serious escalation—an act of war.  There were entire passages that made me gasp because Yun bravely put on the page what is culturally not allowed to be spoken.  She authentically captures a tension in Korean American life: rage against one’s parents yet feeling obligated to care for them in old age—no matter how much they might have failed at parenthood.

Shelter is an intense, heartbreaking read—broaching difficult subjects such as violence, emotional abuse, and sexual assault. Despite the heaviness of its themes, the book kept me up close, right alongside the characters in all their messy emotional wreckage—showing me how one might be able to survive the worst, however imperfectly. The tragedies and dangers in the book could happen to any family and in any community. Yet, ultimately, Shelter got me to ponder honestly about forgiveness and compassion, even in the darkest of circumstances.