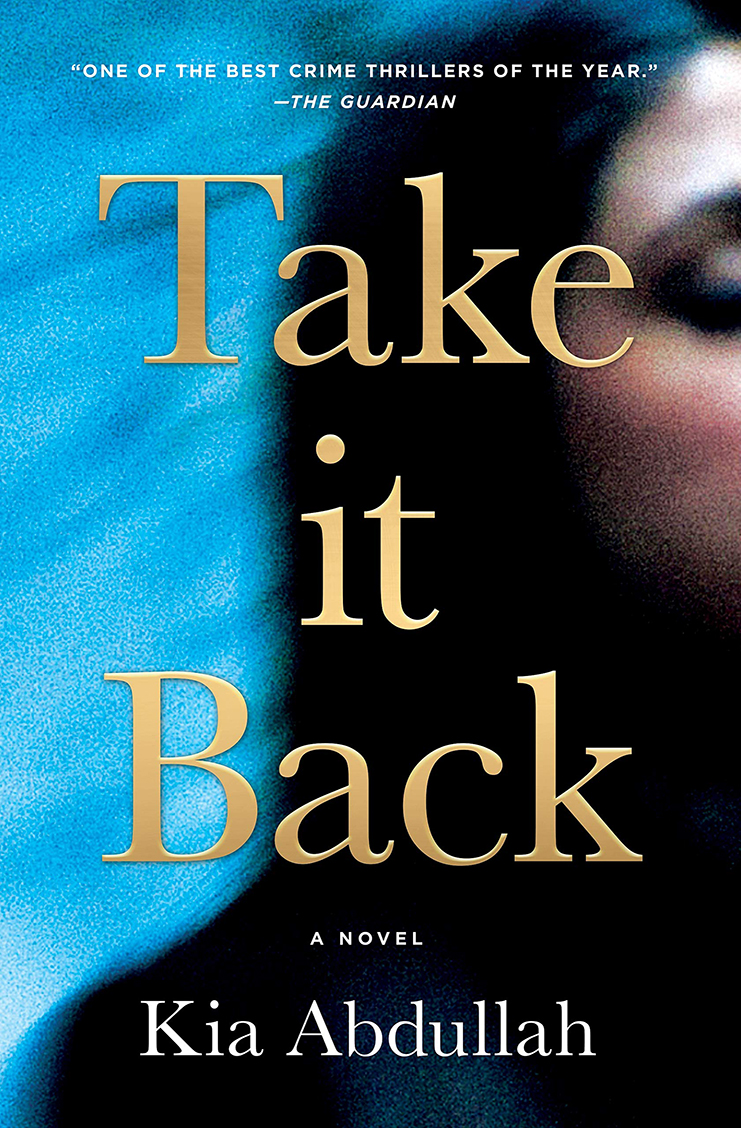 Take it Back by Kia Abdullah is a legal thriller that packs a punch—intricate plotting, complex characters, and a critical look at the politics of race, class, and gender in contemporary Britain.

Zara Kaleel is a British Muslim lawyer who has risen to the top of her profession only to quit and work as an advocate for sexual assault survivors. Her family is critical of her personal and professional choices and she struggles in her relationship with them. In the first page, Abdullah describes Zara as, “She was different from the two tribes of women that haunted her youth. She was not a docile housewife, fingers yellowed by turmeric like the quiet heroines of the second-gen literature she hated so much. Nor was she a rebel, using her sexuality to subvert her culture.”

One day, Jodie Wolfe, a sixteen-year-old white girl with neurofibromatosis (a condition that produces tumors on her face) who experiences significant discrimination every day from people who stare at her facial structure, walks into Zara’s office seeking help as a rape victim. Jodie says she was gang raped by four young men, all Muslim, at a party after she believed that one of them, Amir, found her beautiful and wanted to have sex with her. Zara helps Jodie document her story and seek justice.

Until this point, the narrative seems like a plot from Law & Order SVU, but Abdullah’s exploration of race, religion, sexuality and disability is provocative.

When Zara’s role in the case of Jodie Wolfe comes to light, her community accuses her of being a race traitor and shuns her. Her family are further angered by her professional decisions, which they see as damaging their standing in the Muslim community. Jodie is isolated not just by her health condition but also because she is poor and white accusing Muslim men of sexual assault. Her own mother is not persuaded by Jodie’s story, and she is further isolated from her peers and is hounded by media. From tabloids to local gossip, people question her veracity because they believe she is not conventionally pretty and so the young men would not have wanted to have sex with her.

As the plot unfolds, the boundaries between truth and lies blur. Who is the victim and who the accuser? Which witness is reliable? Are the Muslim men victims of a racialized legal system that pre-determines their culpability? How much is Zara willing to give up of her own life to pursue justice? What exactly is justice in a case like this?

These questions keep the reader riveted—this is one of those books that you cannot put down once you start reading it. To read this simply as a legal thriller is to miss the point Abdullah makes in the opening about stereotypical narratives of South Asian immigrants—this is neither about docile women nor sexually subversive ones. Abdullah’s upbringing in Tower Hamlets London in a large family and in an ethnically diverse working-class community brings depth and insights into racial relations seldom seen in South Asian immigrant fiction. This book is definitely worth putting on your reading list.