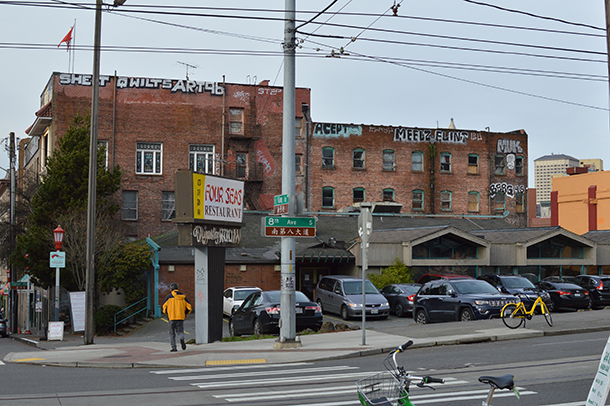 In short, a lot, but we still have a long way to go. Affordable housing has been a major issue for the Chinatown International District’s residents. Before the holiday season, mayor Durkan announced $100 million in investments “to build and preserve 1,450 affordable homes in neighborhoods across Seattle, including the construction of 896 new homes in nine new buildings.”

The Office of Housing administers these investments, and the mayor has promised the construction of 896 new homes in the city of Seattle spread out across nine buildings, the construction of permanent housing for the homeless, low-income apartments, transit-oriented developments and opportunities for first-time home buyers.

In a press release from Durkan’s communications director, Kamaria Hightower, Durkan says, “Too many long-time residents are getting locked out and pushed out of Seattle. We need to urgently increase the amount of affordable housing to stop the huge displacement of people…our City is delivering on our commitment to create more affordable housing, including building 900 new homes and keeping 550 homes affordable for the next 50 years.”

This Housing Affordability and Livability Agenda (HALA)-inspired legislation has been previously criticized by groups such as the neighborhood-based CID Coalition and Puget Sound Sage, based in Little Saigon. The former says that the upzones are a main driver of displacement, and the latter that the affordability guidelines should go father to be more effective.

In the same press release, Hightower shared the perspective of Steve Walker, director of the Office of Housing: “Funding different housing approaches to meet the diverse needs of low-income community members enables working people, families and those experiencing homelessness to live in and contribute to our city….not only now, but for at least 50 years into the future.”

Durkan’s announced investment would be made in addition to the first year of funding from the 2016 Seattle Housing Levy, Mandatory Housing Affordability (MHA) zoning payments, monies from the sale of surplus properties, $29 million in bonds approved by the Seattle City Council and some federal resources. The City’s total awards for rental housing will come to $260 million in investments.

Three out of the fifteen projects on the list of funded new construction, building maintenance investments, and home-ownership projects are either being built in the larger CID neighborhood or serving its diaspora: Uncle Bob’s Place by InterIm Community Development Association, Filipino Community Village built by the Filipino Community Association and 501 Rainier Permanent Supportive Housing by Plymouth Housing Group. InterIm CDA’s proposed affordable housing project will be low-income and family housing. The Filipino Community Village will be a project for low-income seniors. Plymouth Housing Group’s project will be used to house the homeless and those who deal with mental and/or chronic illness.

The three projects, with exception of the Filipino Community Village, are in response to concerns about displacement from the neighborhood. The City’s assessment identified low-income families and seniors as most at risk from being displaced from the neighborhood and the anchors in the Chinatown International District.

Alma Kern, the co-chair of the Filipino Community Village project, discussed the process: “The first concept of a senior affordable housing came about in 2009 when we asked our community what they would like to see in a new building. Since then, we have been talking to city, county, state and federal government officials about our dream. In the past two years, our advocacy efforts focused on city and state government officials. We visited the offices of city council members, invited them every year to our community center, and attended several events in which they were present…We invited [Mayor Durkan] to our community center to learn more about her platform and continued our advocacy efforts in the city council and all agencies related to our project.”

Kern says the Mayor’s office has awarded them $10.9 million to complete their project in the back of the current Filipino Community Center on Martin Luther King Jr Way S. The building will new contain 94 new units, as a stipulation of this assistance, including an Innovation Learning Center for the youth of Rainier Valley as well as multipurpose rooms for cultural events.

Robin Koskey, the Strategic Adviser for the Seattle Office of Housing, stated that the projects which were selected were chosen based on how well they fit the Office of Housing’s Notice of Funding Availability’s (NOFA) criteria. Koskey said that the CID is of particular interest to the city as “Producing affordable housing is one of the main ways to offset displacement and investment in areas of high displacement is one of the Office of Housing’s [place-based] goals for funding”. Racial Equity was a key indicator of applicants’ success, as “NOFA Applicants are required to demonstrate how proposed project will advance race and social equity in Seattle, as part of the competitive selection criteria. Office of Housing also monitors demographics of all housing that has received city funding.”

Koskey provided a breakdown of which households were served by their Rental Housing Program in 2015 by ethnicity. White Seattlites were at 43 percent of the households that were able to acquire housing due to this program. African/ African Americans were at 30 percent. Asian/Pacific Islanders were at 13 percent. According to the City of Seattle’s Displacement Risk Study done as a part of its Seattle 2035 plan, areas where much of Seattle’s Black and API communities call home in the South End and the Central Area are most at risk for displacement.