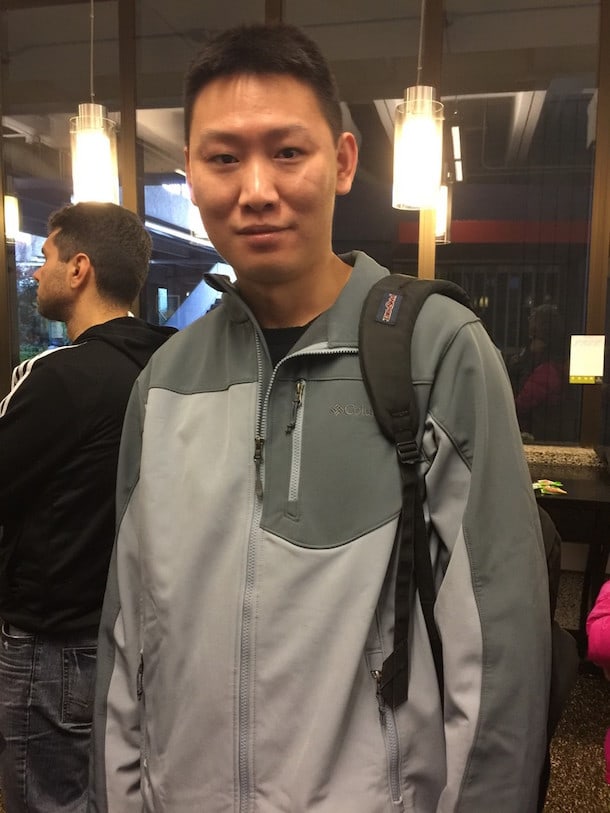 Wei Zhao is originally from Shanghai, China and has had his green card for almost 5 years.

“I am here for today’s [citizenship] workshop because English is still a language barrier for me,” Zhao said. “So it is challenging to ll out the citizenship application by myself.” 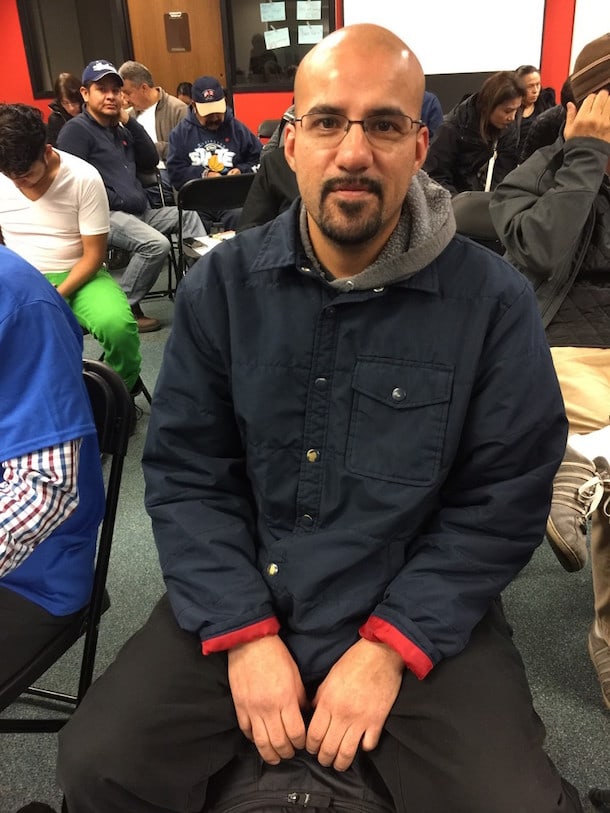 Alex is originally from Mexico and has had his green card since 1989.

“I want to get naturalized because I have been living in the U.S. since I was 2 years old, when my parents brought me over from Mexico,” Hernandez said. “I was born in 1979, and I got my green card in 1989. It has been too long.”

His advice to others seeking citizenship: “Do not give up even though the citizenship process could get very lengthy. Support is always there to help you out.” 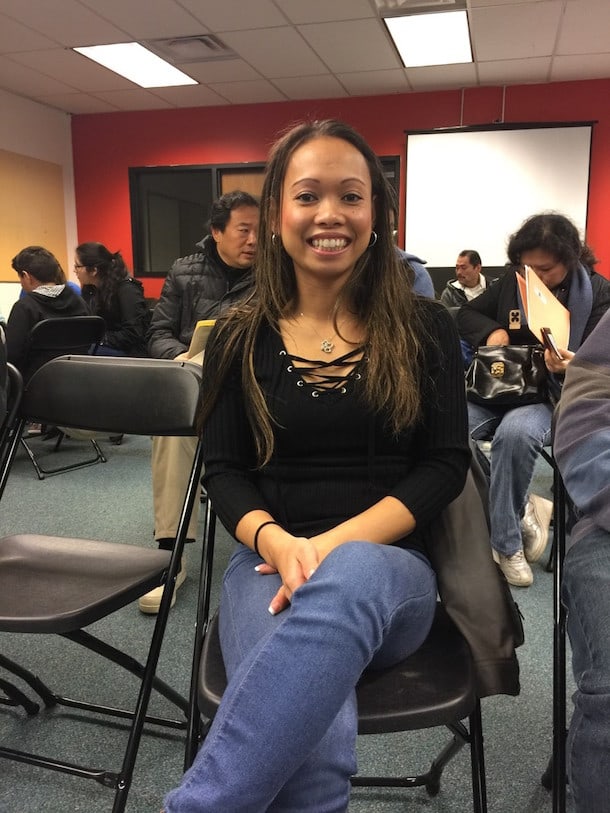 Lenolian Salgado is originally from the Philippines and has been a legal permeant residence for 16 years.

“I learned about the workshop on TV,” Salgado said. “And I was amazed that this service is free, free legal services and valuable information. I would share my experience for the naturalization process with my family members and friends so they know that it can be an easy process too. It was very hard to learn English, but don’t give up! Keep trying!” 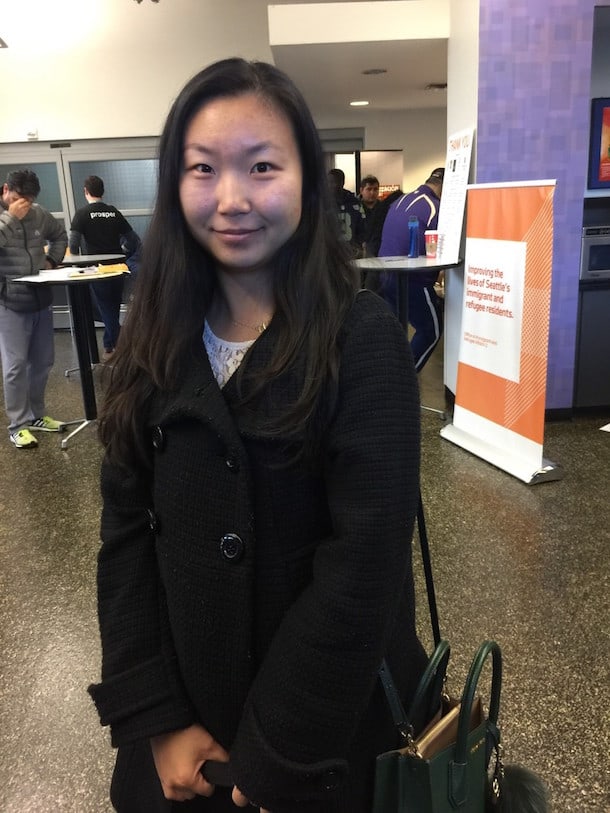 Originally from Beijing, China, Tong Liu has been a legal permanent resident for 5 years.

“I am here today because I have tried filling out the application by myself, but there are some questions that I do not really understand,” Liu said. “So I went to talk to an attorney to make sure I am doing the application right. But that was too expensive. … There will be better benefits once I become a U.S. citizen. I also want to apply for my parents to move to the United States since I think this is a better environment for them.” 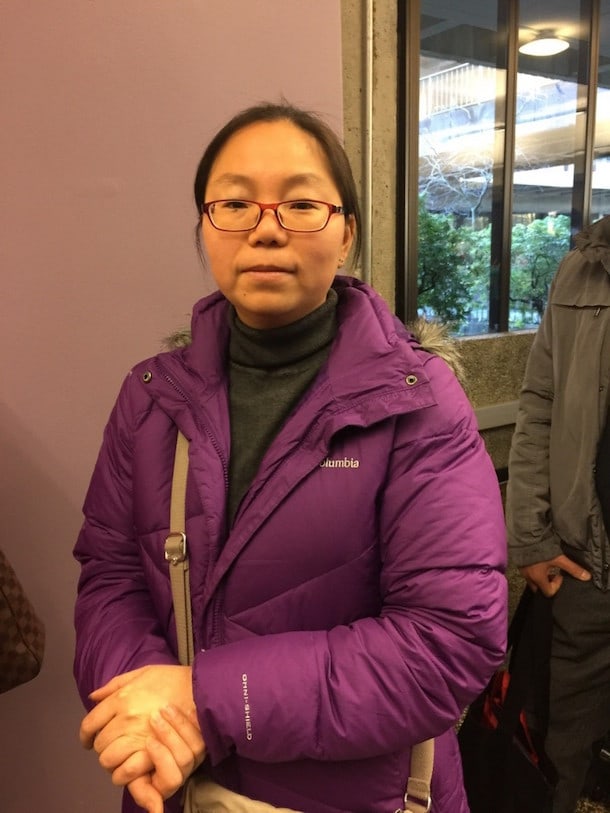 Originally from China, Yongchang Cao has had her green card for almost 5 years.

“I thought I should take an advantage of this workshop because it is really hard to ll out the U.S. citizenship application by myself. … People are nice here in the U.S. I’ve always [been] able to get support when I needed to.” 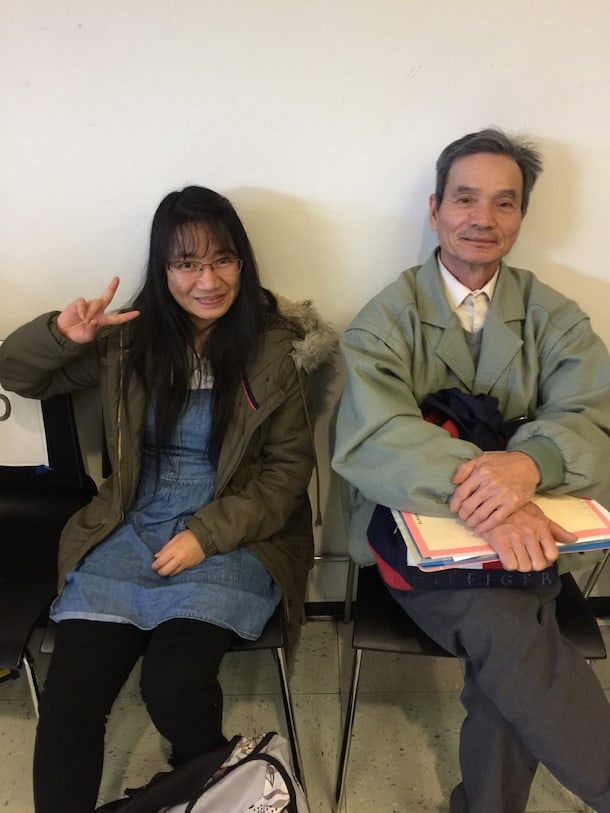 “My dad and I both need help to ll out the citizenship application,” Hue Le said. “We just want to complete the forms and get them sent out as soon as we can. We are from Vietnam and have been legal permanent residents for 5 years. I believe my family can get more benefits once both my dad and I become U.S. citizens. I would have better education opportunities, and my dad would have a better retirement when he gets older. We can also vote. I remembered when I first arrived 5 year ago, I could not speak English at all. It was very challenging for me to learn new things and communicate with my classmates and teachers at school. However, I learned to be more adventurous. So now I want to become a U.S citizen so I can learn the language and culture more in-depth.” 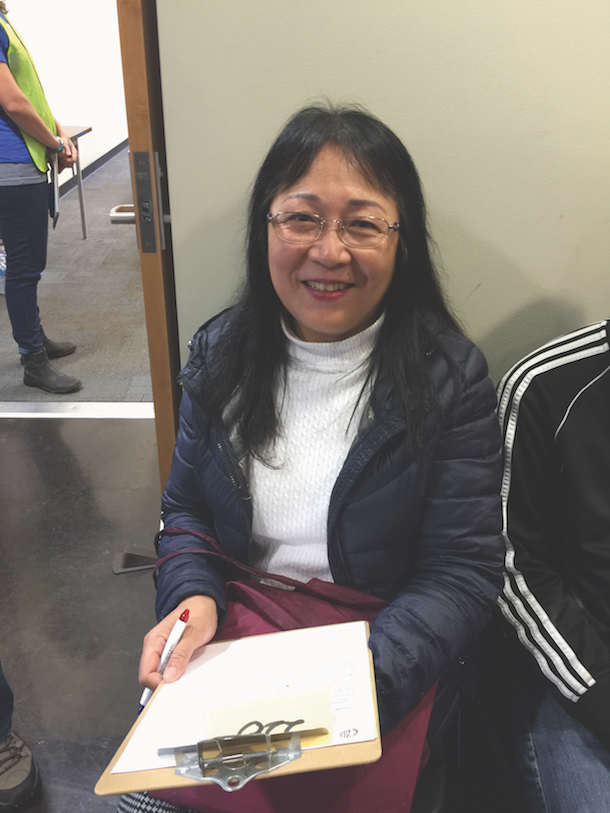 XinLi is originally from China and has been a legal permanent resident for nine years. She has very low English proficiency and required an interpreter for filling out the forms.

“After nine years as a legal permanent resident, I am inspired to come to today’s workshop because applying for U.S citizenship has always been an obstacle since I don’t speak English well,” Jiang said.

Two workshops in 2016 hosted by the Seattle Office of Immigrant and Refugee Affairs served a total of 500 legal permanent residents (LPRs) who are eligible to naturalize. The work- shops took place on October 15 and December 4 and were free for LPRs who needed assistance with completing their citizenship applications, especially low-income residents not eligible for fee waivers or free services. This collaborative endeavor involved community-based organizations, volunteer attorneys and paralegals, law schools, colleges, ethnic media, and businesses. For more about the past and future workshops, visit www.seattle.gov/iandraffairs/NCC.