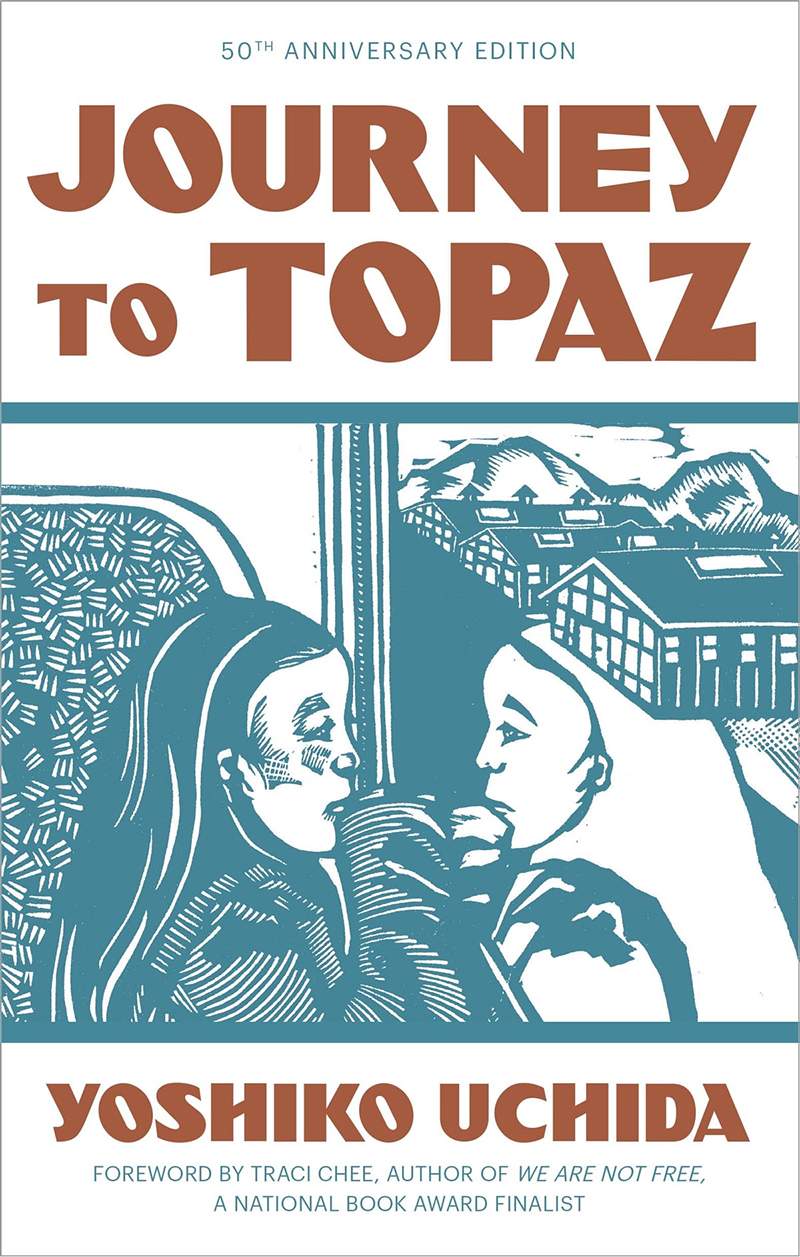 “We regret to say,” “After careful consideration,” “We are awfully sorry.” These phrases send shivers through the heart of an aspiring writer. Of course, rejection is a common part of life for a writer. Although a few authors experience success early on in their career, many experience the anguish of long response times from editors, and then the frustration of countless rejection letters. While this can be said of almost any career path (grad school or job applications, funding grants, promotions, etc.), in the world of writing there are many instances of individuals, both famous and unknown, who faced an endless pile of refusals from publishers and editorial boards. In one famous case, Theodore Geisel received no’s from twenty-seven publishers for his first children’s book. Geisel later recalled that, while walking down Madison Ave. in New York City after his latest rejection, intending to burn the manuscript once he returned home, he ran by coincidence into a college classmate from Dartmouth who worked for Vanguard Press. Thanks to the classmate, Vanguard took a risk with the book, and published it under the title And To Think That I Saw It on Mulberry Street. Author Geisel, under his pen name of Dr. Seuss, was on his way to becoming a world-renowned children’s book author. (Sadly, Geisel penned a number of distasteful editorial cartoons during the war years that portrayed Japanese Americans as disloyal).

My decision to write a story about rejection comes from my recent discovery of papers related to Yoshiko Uchida, who became one of the most accomplished Japanese American writers. As Brian Niiya notes in his detailed biographical entry on her for the Densho Encyclopedia, Uchida was the first Nisei author to produce children’s books, both memoir and fiction, on the wartime incarceration of Japanese Americans, and her works proceeded to educate many Sanseis about the camp experience. Born in Alameda, California on November 24, 1921, Yoshiko Uchida demonstrated a knack for writing at an early age. After completing high school at 16, she enrolled at U.C. Berkeley, majoring in history, English, and philosophy. Like other Japanese Americans from Alameda, California, Uchida and her family were incarcerated by the U.S. government in 1942 in the Tanforan detention center near San Bruno, and later the Topaz Concentration Camp in Utah. A year later, in May 1943, Yoshiko received approval to enroll at Smith College in Massachusetts on a scholarship, and left camp. While at Smith, she completed a master’s in education.

Uchida, in fact, experienced early success with her writing. After taking writing classes at Columbia University and receiving assistance from her instructor, she successfully published The Dancing Kettle and Other Japanese Folk Tales in 1949 with the firm of Harcourt and Brace. On the strength of its success, she won a Ford Foundation fellowship to make an extended visit to Japan. She also received an offer to write articles about American culture for the U.S. Army’s Civil Affairs Division as part of their education program in occupied Japan, authoring eight in total. In one of these articles, “Courage of the Issei,” Uchida celebrated the courage of the Issei generation through the story of her parents from immigration through the incarceration. In 1951, she published her second book, New Friends for Susan. Illustrated by the distinguished artist Henry Sugimoto, it told the story of a Japanese girl living in the United States. It received positive reviews upon publication.

Following these early successes, Uchida attempted to submit articles to mainstream American periodicals. Many of the articles were submitted with help from Harriet Wolf–presumably her agent.  Unfortunately, Uchida faced a wave of rejections from publications such as Harper’s, The New Yorker, The Atlantic, Esquire, and The American Mercury – the phrases from the first sentence of this article are all pulled from the various rejections that she received between 1949 and 1960.

Response letters varied and depended on the publication. The New Yorker, to which Yoshiko submitted her stories “This Small World” and “On Seeing A Chinese Vase” in March 1949, responded with a generic print letter sent to all rejects. In October 1949, in response to Yoshiko’s submission of “The Teacher,” the editor sent the same template rejection letter, except with the words “sorry and thanks” penciled in at the bottom. Finally, in January 1950, Yoshiko began receiving more informative rejection letters from New Yorker fiction editor Mildred Wood. In one response, Wood argued that the stories Yoshiko submitted, “Oh Broom, Get to Work” and “Excuse Me, I Feel Much Better” were just “sketches” and “not quite stories.” “Oh Broom, Get to Work” tells the story of a young Japanese American girl, presumably Yoshiko, and her family living in San Francisco. The girl and her sister, Keiko (the real name of Yoshiko’s sister), would entertain guests at dinner parties hosted by her parents. One day, based on a Japanese superstition, Yoshiko drapes clothes on a broom in order to force the dinner guests to leave. The trick works, as the guests see the broom and soon leave, impish behavior that horrifies Yoshiko’s mother. Uchida later included “Oh Broom, Get to Work” as a chapter in her 1991 autobiography The Invisible Thread.

In the following two years, Yoshiko submitted eight different stories to The New Yorker.  In each case, she received similar responses from Mildred Wood – some being described as “didn’t quite make a New Yorker story.” Her last unsuccessful submission for The New Yorker was dated July 1952.

Harper’s Magazine gave her similar treatment, though in different language. Often, as writers do, Yoshiko resubmitted rejected stories from The New Yorker to Harper’s or other publications. She first submitted “The Teacher” and “On a Summer Day” to Harper’s in February 1950, and received in response a first rejection.  “Oh Broom, Get to Work” and “Excuse Me, I Feel Much Better” received similar responses, with the editor at Harper’s stating that the pieces did not “fit their editorial needs.” In one letter from December 1951, the editors told Yoshiko that her story had “charming atmosphere,” but “lacks story value.” Yoshiko continued to submit stories to Harper’s as late as 1960, with each one being rejected.

In other cases, magazine editors scribbled notes stating to Uchida that her proposed story did not fit their publication. This was the case with Esquire, to which Yoshiko submitted her story “I Remember Mr. Okada” in June 1952 after it had been rejected by Harper’s and The New Yorker. In response, the editor at Esquire wrote “this one is a bit too quiet for our readers, but thanks for letting me see it.” Similarly, the editor of The American Mercury scribbled a note, “Sorry, thanks very much, this isn’t for the Mercury” in response to her submission of “The Teacher” in December 1951.

Even publications directed towards women readers, such as Harper’s Bazaar, Charm, Mademoiselle, and Today’s Woman, returned her submissions. In the case of Today’s Woman, the assistant fiction editor gave detailed comments, stating that while Uchida’s writing style was “very good,”  the plots of her stories were either too “specialized” in folklore or focused insufficiently on the characters.

In total, over a ten-year period from 1949 to 1960, Yoshiko Uchida received over 40 rejection letters for her stories from the various publications. She also received word from The Atlantic that her article on Japanese potter Kawai Kanjirō would appear in their 1955 issue “Perspective on Japan,” but it was then cut by the editor. Her only successfully published piece during these years was a story, “Saturday Visit,” that appeared in Woman’s Day magazine in May 1952. Besides her stories, she received offers to write short articles on Japanese culinary culture for Gourmet Magazine, one of which appeared in January 1955. In April 1955, Uchida wrote to Harriet Wolf after another rejection notice, assuring her that she had received “serious consideration,” but stating “I wonder when I shall ever get beyond that point !!!!”

Yet Uchida’s career was defined by anything but these rejections. In the end, Uchida wrote 29 books over the course of her writing career, including the celebrated works Journey To Topaz, Desert Exile (which also went through 20 rejections before a publisher, hoping to capitalize on the nascent Redress movement, picked it up) and Picture Bride. In these works, Uchida distinguished herself as one of the first Asian American writers to present non-white characters as complex individuals rather than as stereotypes. She received numerous awards such as the Commonwealth Club award. Even Theodore Geisel, the author whose experience was mentioned at the beginning of this column, befriended Uchida and exchanged letters with her, and his wife Helen Geisel praised Uchida’s work. Today, thanks to scholars like Brian Niiya and Edward Tang, Uchida’s work is treated as part of the canon of Japanese American literature.

In the end,  the work that Uchida produced blazed a path for other women of color writers. Her later publication record suggests strongly that her history of rejection letters did not reflect on her ability as a writer, but the obstacles she faced in publishing as a woman of color, at a time when the experiences and points of view of Japanese Americans and other people of color were not valorized by mainstream editors.  What is more, her eventual success reflects her tenacity and ability to persevere, arguably one of the most important qualities a writer can possess.