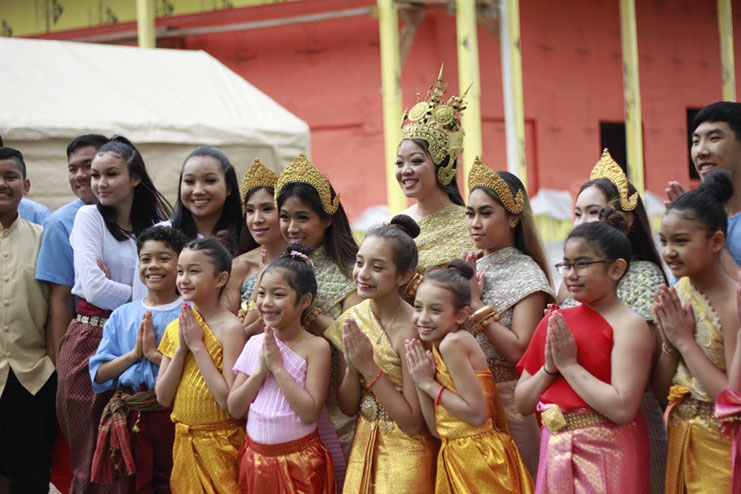 Like everyone, the Khmer Community of King County (KCSKC) spent most of last year celebrating culture virtually through dance, cooking and storytelling. Today, they have begun organizing efforts to open a community space in White Center to preserve and connect the generations of Cambodian culture.

The idea came to be two years after the organization’s office was put up for sale, forcing them to continue running cultural programs within the homes of one another up until the COVID-19 pandemic in March 2020. According to board member Stephanie Ung, this setback greatly reflected the historic displacement of Cambodian refugees and immigrants upon their arrival to the neighborhood 40 years ago.

“We don’t want to be displaced anymore,” Ung said. “So the idea of building a center that is owned by the community organization is a way that we want to provide that stability and security.”

White Center in particular became a home to many Cambodian refugees and immigrants escaping the Khmer Rouge genocide of the 1970’s, as they settled into King County. Many refugees suffered from physical illness and emotional distress upon their arrival and often did not have access to appropriate resources due to language and cultural barriers. Because of this, KCSKC was established shortly after to support newly-settled refugees.

The organization since then has supported newer generations of Khmer immigrants, more recently through virtual programming and mutual aid efforts during the COVID-19 pandemic in order to connect youth and elder generations. This programming demonstrated that youth members want an in-person space to continue their education of Khmer history and culture.

KCSKC has hosted events in order to raise funds for the project, including an online showcase held last month known as Blossom that highlighted intergenerational Cambodian traditions with dances, crafts, music and cooking demonstrations. Ung stated this event did not want to focus on raising funds from community members as much as it was to celebrate heritage.

“We want our community center to be funded by the state and local governments. For 40 years, our community has been resettled in the U.S., but with no state support at all,” she said.

Community activist Sokha Danh stated in a Facebook post that the community center would need a budget of at least $1 million. The Washington State Capitol Building Fund has already allocated $300,000 to the cultural center efforts, with elective support from Sen. Joe Nguyen (D-34) and Senator Rebecca Saldana (D-37). According to Sen. Nguyen, the program, created to allocate funds to public buildings and other infrastructure, is meant to be distributed among communities of color that have historically not had access to state funding.

“Looking at the anti-Asian hate that happens because there’s a lack of identity for certain communities here,” he said. “This is one way we can actually help populations in authentic ways.”

Ung believes that while the state and local government must invest more into aiding the Cambodian community, the allocated $300,000 for the cultural space is a step in the right direction.