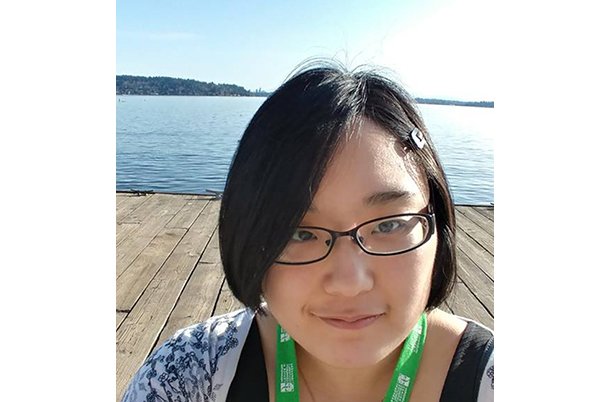 My Chinese and Japanese American parents were born, raised and nearly totally assimilated in postwar Americana, yet still carry on the age-old East Asian tradition of never speaking openly about personal things—relationships, heartbreaks, mental health, anything beyond the “practical.” The list of major and traumatic personal events never spoken of or outright dismissed in my house is extensive, including the resounding silence around my parents’ divorce, or having to find out indirectly that my little brother is gay and was bullied at school.

I’m the oldest, the independent one, and it was independently of my family forever a decade that I managed to discover I identified somewhere at the intersection of asexual, bi-romantic and nonbinary (they/them pronouns).

Never talking about such things seemed to be limited to my family at first, not some larger cultural trend. But then I started working in the Japanese American community. It was only then that I realized how often talking about emotional trauma and other deeply personal issues is avoided, even when we’re generations removed from east Asia.

“We didn’t talk about it” was a much-heard refrain from survivors and children of survivors of Japanese American incarceration during the first Minidoka Pilgrimage I attended in 2015. The multi-generational, multiracial event gathered at the former War Relocation Authority “camp”-site where thousands of Japanese Americans were wrongfully incarcerated behind barbed wire to learn, reflect and share memories, but all too often the memories were those of buried secrets and silence.

Whether the intention was to shield future generations from the trauma, an attempt to move on, a deep-seated cultural reluctance to discuss hard topics, or a combination of all of the above, a culture of silence was created around incarceration for decades afterwards. It made me realize how deeply embedded silence is in my upbringing and culture even today, and how crucial it is to overcome that silence.

Despite knowing that the silence must end for the sake of future generations, even taking small steps to change myself and my family hasn’t been easy. My brother never told me he was gay, and my mother didn’t want to discuss it. When he was battling depression, I called her and said, “If you want me to talk to him, as a… non-straight person, I could do that.” She replied with something like “Yeah, you should,” and that was it.

It was the only time I’ve ever mentioned my identity to her, even in vague terms. Later, my sister texted me that my mother said that using they-them pronouns was “ridiculous” in response to finding out a friend of ours uses those pronouns. Devastated, I ran to cry somewhere by myself, but ultimately decided not to confront her about it.

In the heat of the moment, I called myself a coward. Since I’m privileged with a stable job and living space away from home, I felt too easily defeated by the comparatively minor fear that my parent would dismiss my identity as a flight of fancy before changing the subject. But that fear had a source; everything about my upbringing and history told me that there was no space in our relationship for that kind of discussion. Silence is easier than confrontation, and the conversation might be unproductive and unpleasant, and I would be a bad-mouthed and ungrateful child if I attempted to rectify her ignorance.

Despite my mother doing her best to raise me as a “normal” American, the cultural specters of silence and filial piety won out over my desire to be my authentic self with those I care about most. I felt extremely alone – but more determined than ever to take action for myself and for others like me.

I started by coming out on Facebook (which neither of my parents use) and have been fortunate to receive nothing but unequivocal support from friends and extended family. This year I attended an Asian Pacific Islander Pride event and didn’t feel out of place. I’ve discovered that there are many organizations nationally and locally committed to creating safe gathering places and communities for gay, transgender and other “not-straight” Asians and Pacific Islanders to talk, heal and thrive together. I’m also planning on volunteering with a local LGBTQ organization with the hopes of mentoring or opening paths for others to mentor LGBTQ youth of color.

It’s been a long journey, but I want to believe I’m on the right track. Slowly, I’m working towards becoming a bigger, braver version of myself. Someone with the strength and self-respect to call my own mother and ask her to use my pronouns, and be unafraid to talk about it.