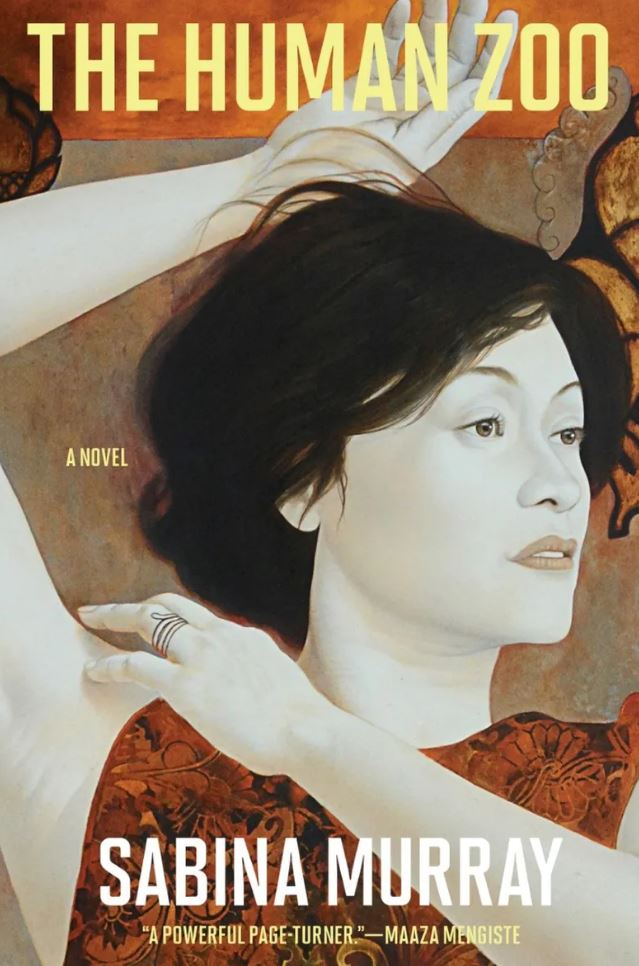 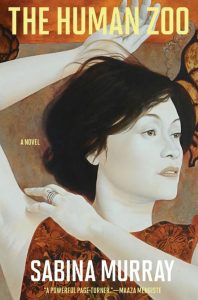 The Human Zoo is the seventh book by author, screenwriter, and PEN/Faulkner Award winner, Sabina Murray. Prior to The Human Zoo, Murray published six books: Valiant Gentlemen (2017), Tales of the New World (2011), Forgery (2008), The Caprices (2007), A Carnivore’s Inquiry (2005) and Slow Burn (Ballantine, 1990). Murray is also on the Fiction Faculty at the University of Massachusetts Amherst and is on the editorial board of the literary magazine The Common based at Amherst College.

The story begins with Christina “Ting” Klein, an almost-50-year-old Fil Am author and journalist arriving in Manila with two purposes: to escape a divorce from her husband in New York and to write a book on Chief Timicheg of the Indigenous Bontoc Igorot people who were displayed in a human zoo at Coney Island, New York.

Ting arrives shortly after the election of President Gumboc who has been implementing a violent drug policy, terrorizing the country through extra judicial killings and the impending threat of martial law. Despite the dangerous political climate, Ting falls easily into her family’s wealthy life in the mestizo landowning class; she is driven around her regular circuit by the family driver, Mannie, and waited on by the family maid, Beng, who tries to mimic the characters on “Downton Abbey.”

In between bouts of writer’s block, Ting collects tithes from tenant farmers living on her family’s land, shops and sightsees, attends parties with family, friends, and the Manileño upper crust. Despite her life appearing inoculated against the horrors of the Gumboc regime (whose violent headlines night after night mostly feature the faceless “nobodies” among the poor), Ting is still aware that wealth attracts its own kinds of violence, and finds that she and her circles might be closer to danger than she thought:

“It was easy to forget that danger was real, not just news stories, not just calamitous events that happened as if a force of nature, and to other people…This was how people were assassinated: a motorcycle with a gunman sitting on the back moving alongside a stalled car.”

The novel is crisply written, and the language has an easy flow to it. Though the story begins slowly, as Ting’s questions pile up, the novel picks up speed into a high-adrenaline political thriller. Murray captures her protagonist’s character and perspective well, giving Ting a straightforward and clear-cut, modernly journalistic voice, which adds to the tense tone. Where Murray shines is in giving the Philippines a distinct and tangible atmosphere. From the very beginning with Ting’s initial arrival at the airport, the sense of place is tactile, even aggressive:

“When the sliding doors released me, it was through a wall of heavy heat and the dim flicker of fluorescent bulbs into a black night shot through with headlights. Horns sounded all around as if a force of nature.”

Equally, if not more, interesting is where Murray chooses for Ting to overdo her journalistic observations. Ting tends towards over-exposition whenever observing social interactions, explaining and evaluating the propriety of each scene—noting whenever a gift is appropriately received, when a question is appropriately asked, when a person’s presence is appropriately welcome (“…we had to see who of merit was in attendance: a cabinet member, a judge, and the minister of education…”). This gives the impression of an observer who is aware that she herself is being observed at all times. Ting explains every cultural norm, mannerism, and expectation with an Austen-like matter-of-factness, to the point where the reader is left wondering who the intended audience truly is: who is Ting narrating to, with her innermost monologue? Is she talking to the Pinoy within herself, or to the mestizo white American – a question that adds a weight of inevitability to Ting’s fate at the end of the novel.

Every conflict presented in the book is some question of ignorance and control: to what extent can we truly anticipate the actions that will shape our future? Does ignorance ever really protect us from consequence? Privilege allows Ting’s family to live in the eye of a storm, bubbled within a false calm at the heart of devastating danger. Ting and her peers engage in philosophical debates over social policy, often with impassioned but undeniably distanced opinions, separate from the reality that the working and poorer classes cannot escape. Due to their influence, reach, and connections, they look upon the Philippines as if through a highrise penthouse window: owning the country while being above it all. Under the illusion of this distance, Ting spends her days combing library archives, searching ironically for passages that could unlock insight into Chief Timicheg’s mind—why he ever agreed to send his tribe to America, to be held captive in the human zoo:

“Timicheg had not been a prelapsarian savage. He had already served as mercenary for the Spaniards and encountered several Americans. Although he could not have pictured the particulars of Coney Island, he was a man who had struck a bargain with a recognized foe. He must have been suspicious, concerned, but in the end felt that he was doing what was best for himself and his tribe.”

Did he not see that his decision was dooming them all?

For readers who enjoy a slow burn to high octane political historical fiction in a similar vein to Madhuri Vijay’s The Far Field, or those looking for a dark social commentary of the Philippines that reads like a contemporary take on José Rizal’s Noli Me Tángere, The Human Zoo is an urgent vision that is all too real.