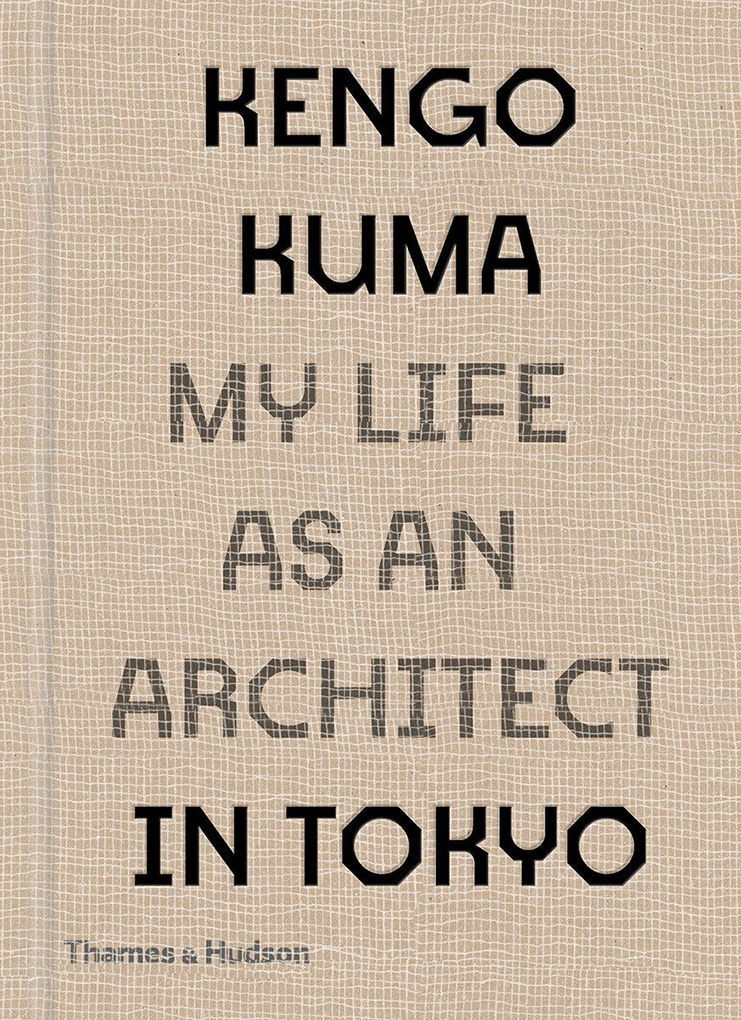 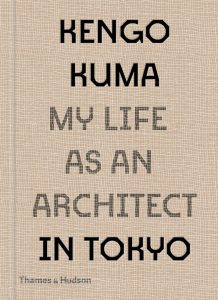 In My Life as an Architect in Tokyo, Kengo Kuma fulfills the role of a tour guide as well as a conversational partner reflecting on his experience growing up and working within one of the world’s most dynamic urban environments. With observations around how Tokyo has evolved and an active voice about participating in the design of its growth, Kuma provides a unique perspective on the city. The book provides a personal take on the different neighborhoods of Tokyo, while also offering information about specific buildings and cultural sites within the city that are historically relevant or designed by Kuma himself.

Kengo Kuma is an internationally renowned architect who has developed a recognizable style that integrates elements of traditional Japanese design into contemporary forms. He is especially known for his sensitive use of material, frequently incorporating and building on Japan’s rich history of woodworking. While the book features descriptions about many of Kuma’s projects within Tokyo, the companion imagery is more often a diagrammatic sketch rather than a photo the work. As such, the book is not a tour of Kengo Kuma’s work, instead it places his projects within Tokyo’s ever-evolving built environment. I found myself frequently looking up projects on the internet to better visualize the book’s descriptions. Instead of detracting from the book, the lack of photos acts as a compelling tool for cultivating an interest in the scenes and places described. Because of this, the book would be an excellent companion to anyone visting Tokyo, particularly those with an interest in the city’s architecture.

From the outside, Tokyo can often conjure images of neon blazed streets, avalanches of orderly crowds, and the exciting (or overwhelming) density of buildings and life emblematic of large-scale areas such as Shibuya. However, with a diverse array of neighborhoods, Tokyo has many different experiences to offer. My Life as an Architect in Tokyo gives a preview of the unique characteristics that many of the neighborhoods maintain. Kuma’s memories of different neighborhoods blend with cultural contexts for how certain areas have been developed, together creating a humanizing narrative of Tokyo.

The book is small, measuring 5.5” x 7.5” and just over 100 pages, and is thoughtfully designed and organized. Its intimate size makes it a strong candidate for a travel companion or a quick casual read. The writing throughout leads you around Tokyo in thoughtful yet concise passages. Kuma’s included work spans a range of cultural focuses with projects like the Nezu Museum, which showcases ancient Japanese and Asian art and a dense beautiful surrounding forest garden, the Waseda International House of Literature, which is home to Haruki Murakami’s book and record collection, and to larger scale works such as the National Stadium for the 2021 Olympics. The included work illustrates the range of building scales within Tokyo’s neighborhoods as well as the different prompts Kuma has used for interpreting what modern design should be in the city’s evolution.

For those interested in a personal account of the culture and development of Tokyo or with an interest in visiting Kengo Kuma’s work, the book is a short wonderful read. Readers will not get a total biography of Kuma or a full display of his work, but they will be treated to a casual stroll around the city through the eyes of an architect who has lived much of his life in the city and is actively concerned with its sensitive development.