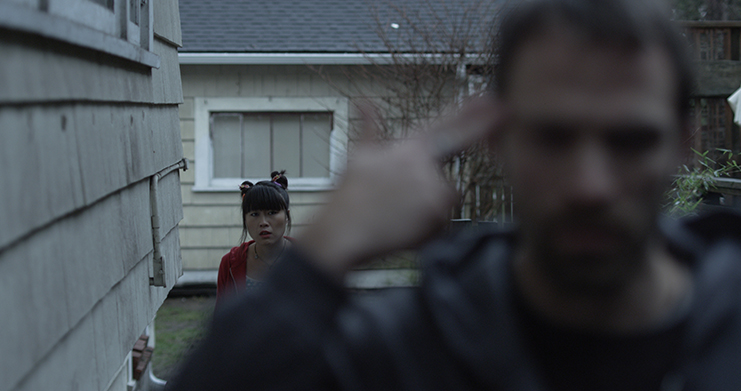 The Capitol Hill Massacre is a mass shooting that happened on 2112 East Republican Street (east Capitol Hill) on the morning of March 25, 2006. Twenty-eight-year-old Seattle transplant Kyle Aaron Huff killed six people and wounded two others at a rave afterparty before taking his own life. For director and screenwriter Jagger Gravning, the day is an unforgettable part of his life. Although not present at the catastrophe, he was closely connected to people who had experienced the tragedy. This shooting is considered to be the second deadliest in Seattle’s history after the Wah Mee Massacre in 1983, which left 13 dead in the historic Louisa Hotel.

Gravning attempts to address the national trend seen in the news through a fictional account of the Capitol Hill Massacre. “Wallflower,” a movie that premiered at the 2017 Seattle International Film Festival, will be getting its first theatrical run on its home turf at the Grand Illusion Cinema starting on Nov. 30 with producer John W. Comerford and co-producer Dr. Richard Adler in attendance for a post-Q&A session following the 3 p.m. screening for Nov. 30 and Dec. 1.

The lead female protagonist, Strobe Rainbow, is played by comedian, writer and actress Atsuko Okatsuka. In the film, Okatsuka plays a lesbian artist getting over a breakup, who seems to have a keen dislike for Huff from the first time she sees him at the rave party. She is the first person to escape when the shooting happens.

Gravning, a writer whose work can be seen in VICE, The Atlantic, Paste Magazine and Gawker Media, started a Kickstarter page for the project in 2011, which was received with backlash and criticism, most notably for putting the movie’s focus on Huff. Randi Pinney, a survivor and an associate producer for the film, disagreed with the portrayal of the ravers when she first watched a special screening of the film. Although she initially disagreed with the way Huff was portrayed and felt that her experience and PTSD were exploited and used in the film for shock value and dramatic effect, she decided to stay with the project after discussing her concerns with the filmmakers.

Former co-producer and production coordinator Lindy Boustedt left after she realized the film’s true protagonist wasn’t Strobe Rainbow after watching the first cut of the film. “I was holding out hope that the tough stuff would be worth it, and we’d make something really good. When I saw the cut, I felt physically sick. I couldn’t even talk to [producer John Comerford] or Jagger after watching it; I just left. I couldn’t put into words what I was feeling. I knew it was wrong,” she said to the Seattle newspaper The Stranger. “And I was a part of it.” Seven revisions have been made since she left the project.

Despite all the controversy, Gravning stands by his decision. Ultimately, he wants to highlight what he sees as the root cause of unconscionable violence: mental illness. He has no intention of sympathizing with Huff, but he wants people to empathize with him. Gravning has the support of other survivors who continued to work with him on the film. His mother, who had survived a stabbing and had also experienced a shooting at her home, is also a staunch supporter. After the massacre, she offered to house one of the survivors, a childhood friend of Gravning’s, and even helped secure employment for the woman through her own workplace. When his mother eventually moved to Alaska, she took his friend with her to help the woman with her psychological rehabilitation.

“People who think [mental illness] is not a common phenomenon are blind,” Gravning said in an interview with Capitol Hill Seattle. “This is something that’s going on in the hearts of young men all over the place. There are young men who feel bitter and isolated, and they want to take revenge…it’s something we have to take very seriously. These mass shootings are on the rise…This is a real thing that’s going on with young men. This is everywhere.”

“It’s very important to take this example and learn,” he continued. “Mass shootings are predictable and preventable—we can see people in our lives who are suffering depression and withdrawing.”

After attending a zombie-themed rave party called “Better Off Undead” at the now defunct Capitol Hill Arts Center, Huff, against some people’s better judgment according to the movie, was invited to attend an afterparty. Although the Montana native had packed his truck with guns, he did not fire them during the party, nor did he immediately do so at the afterparty. Instead, he took some time to observe the partygoers, often standing in the background. Several people attempted to talk to him to no avail. A few hours later, shortly before 7 a.m., he left the party to retrieve his guns and ammunition, spray painted the word “NOW” a few times on the sidewalk and started the rampage.

Gravning’s research seems to rely on a report called “Capitol Hill Mass Murder Case,” which thoroughly details the findings of a special panel to investigate Huff’s motives. The movie takes many of the details revealed about Huff’s past and his time in Seattle and weaves them into the story. Although the film starts off slow and opens up with a scene in Montana where Huff got a felony charge that was later reduced to a minor misdemeanor charge for shooting at public art while he was drunk in high school, the movie soon jolts audiences back to life as it fast forwards five years later to a completely different Huff. The movie attempts to explain what happened by examining the events that led to the event 24 hours earlier.

Huff, or “Murderer,” is played by David Call, an Issaquah native, who has had recurring roles on popular TV shows such as Fringe, Gossip Girl and Army Wives. People may argue why Huff decided to join the afterparty unarmed, but Gravning seems to suggest he wanted to give life one more chance, whether it be to strike up a meaningful relationship for himself or to give the group another chance to redeem themselves.

Probably a hot topic for debate will be whether the instances of coldness shown by a few ravers are seen from the perspective of Huff’s psychosis or are accurate depictions. A key thing to analyze would be scenes where Huff is present and absent. The response of the raver community to Huff is mentioned in the panel report, and there are conflicting reports of whether Huff was extended an invitation solely to ridicule him at the afterparty.

It is important to note this movie is a fictional interpretation of a true event; a deeper analysis should be done through proper research.

Wallflower plays at the Grand Illusion Cinema starting on Nov. 30 with producer John W. Comerford and co-producer Dr. Richard Adler in attendance for a post-Q&A session following the 3 p.m. screening for Nov. 30 and Dec. 1.