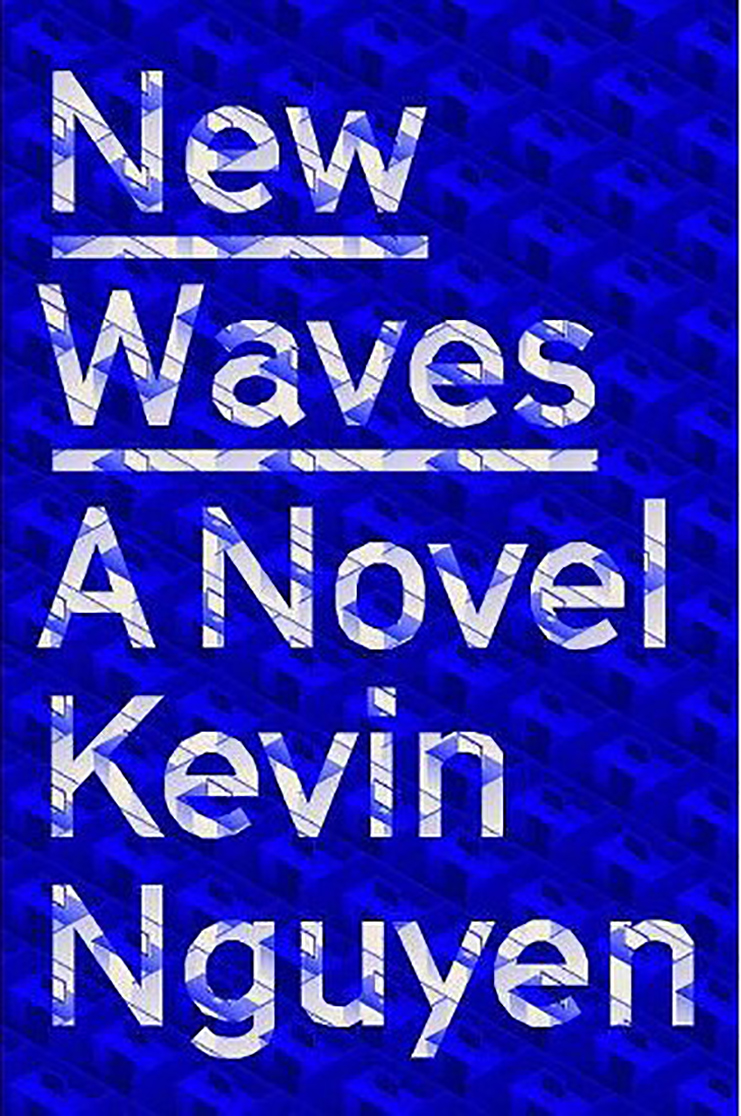 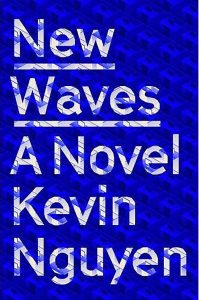 It never occurred to me that “bossa nova” is Portuguese for “new wave.” I’m thinking that it didn’t occur to me because I associated bossa nova with old-timey kitsch music that you’d happen to hear playing in tropical-themed cafes or a lounge bar off a neon-lit boulevard. But Lucas, the main character in Kevin Nguyen’s new novel, New Waves, is kind of an old soul, living in a typically modern setting.

Serendipity follows the character Lucas when he moves to the New York City area where he meets and befriends Margo, a Black systems engineer who seems determined to pull back the veil of systemic racial disparities for him whenever the opportunity arises. For the longest time, Lucas only knew Margo by her online handle: “afronaut3000.” Unbeknownst to either of them, their primary connection over the years had been nerding out on obscure musical genres and trading songs back and forth via an online bulletin board called “PORK.” Margo was into 80’s-era Japanese synth pop influenced by Black disco funk and Lucas was able to supply her with these unique songs that he ripped from CDs he had borrowed from the public library located in the small eastern Oregon city he had grown up in at the time.

It wasn’t until through a tiny email address oversight that Margo inadvertently revealed her online identity to Lucas, and he was suddenly delighted to find that they were, in fact, both working at the same startup company in downtown Manhattan.

Margo paved the way for a lot of things to happen to Lucas which he probably would’ve gladly swatted away, but which, in the end, built him up to be a much more self-aware individual. Many of us don’t know exactly where we’re headed until someone close to us clears another path for us to take. Lucas slowly reveals how his character decided to take a big leap and move to one of the most iconic metropolises in the world with the hope of something dramatic happening to him so that he could really pursue the art of living.

But while Lucas inevitably became one of those faceless urban millions waiting for either his big break or meteoric breakthrough, he has also formed new-old routines on which he could fall back. A neighborhood eatery or hole-in-the-wall bar down the street from the office became regular backup devices that provided regularity in the noisy big city chaos.

However, Lucas’ life trajectory shifts into a higher gear when he reluctantly agrees to be a part of Margo’s plan to surreptitiously copy their old company’s user database before they move on to their new company, Phantom. This technical illegality is her expression of bitterness toward being treated like an anonymous cog in yet another oppressive White-male-dominated industry. “Nothing belongs to us,” Margo rationalizes – not even her own life.

Nguyen effectively uses the protagonists’ instant messages, emails and phone texts to poignantly add weight to the argument that electronic communications can be viewed as creative output regardless of their near instantaneous and usually curt nature, always on the cusp of wholesale deletion. Representative of this age of the Internet is the quantity and quality of our connections to one another. For the past 20 odd years, technologists and purveyors of social networking platforms have successfully embedded their ethos of widespread and accessible “open communication” into our livelihoods and influenced how we judge our own and each other’s quality of life.

Nguyen brings the reader into what appears to be a simple cut-and-dry story but unveils a complicated pathos that calls into question our very assumptions about “relationships” and “connections” that are guided by algorithms and digitally enhanced to produce a desired result that gives us the sensation that we are in control of wherever we steer our lives.

Lucas appears to be the embodiment of his decisions but is, refreshingly, not a stand-in metaphor for anything. He was not constructed as a strict nationality, nor an ethnicity, nor a gender. Lucas exists in New Waves as one person among billions making his own unique digital footprint and constructing his own online profile which can be deleted but never truly disappear.