One of the unfortunate realities of vlogging—or the popular and growing phenomenon of video blogging, for those unfamiliar with the term—is that those who participate open themselves up to some seriously ruthless, anonymous, negative, or downright nasty commentary. And that’s putting it mildly.

For Diem Ly, Comcast external affairs manager and former International Examiner editor, the VloggerFair in Seattle Center on August 16 presented a rare opportunity; a public event where attendees could experience and appreciate the human side of vlogging.

“VloggerFair provides a platform for face-to-face contact with people behind the camera lens,” Ly said. “This interaction brings local and nationally-recognized vloggers together to create a sense of community—always a great first step to promote and appreciate differing perspectives.”

Comcast is a sponsor of VloggerFair and coordinated a booth to promote the sharing of positive messages when it comes to online communication.

“Cyberbullying is a well-known topic nowadays, with many initiatives to combat it, but at VloggerFair, we’re not looking to reinforce that theme,” Ly said. “Instead, we focused on compassion and kindness towards one another in the Internet space.”

VloggerFair is the brainchild of Seattle-based vlogger Chris Pirillo. This year’s VloggerFair was the second such event. It featured some of the most prominent and well-known vloggers, including Californians Tyler Oakley and iJustine, with communities of 4.5 million and 3 million YouTube subscribers respectively.

Pirillo said he’s “been wanting to do something like the booth for some time now.” In 2012, he posted something of a call to action on his YouTube channel after the tragic suicide of Amanda Todd, a 15-year-old Canadian girl who was the victim of severe online harassment. In this vlog, Pirillo said that many existing anti-cyberbullying campaigns adopt the wrong approach to the problem.

“They’re directing the campaigns towards the bullies, suggesting that bullies should stop bullying, because bullying isn’t ‘cool,’” Pirillo said.

Ly agreed. “In the news, you see ample coverage about cyberbullying and the sometimes tragic impact of it,” Ly said. “Our effort focuses on being proactive versus re-active and focusing our energy on the next step—encouraging positivity towards one another’s identities and perspectives. The golden rule is ageless.”

Vlogger Riley Williamson made an appearance at the Comcast booth at this year’s VloggerFair. Williamson is a popular, 15-year-old Seattle-area local and Lynnwood High School student with close to 9,000 subscribers to her YouTube channel.

“[Williamson] has a fun blog sharing fashion and lifestyle tips, but more recently has posted videos speaking out against cyberbullying and encouraging her viewers to be positive towards one another,” Ly said.

Williamson interviewed visitors to the Comcast booth for her YouTube channel around the theme of online compassion.

A great many of the VloggerFair’s attendees were actually middle-school to high-school aged girls, much to the surprise of organizers in the early stages of the event’s lifetime, Ly said.

“Knowing that [young girls are such a big part of VloggerFair], it was important to understand the issues young girls face today online,” Ly said.

In preparation for the booth, Comcast conducted a focus group with partners from Seattle Children’s Hospital and interviewed a group of local girls aged 12 to 15.

“With their input, we developed a fun and positive space at the VloggerFair, complete with a red-carpet style photo booth and hand-held signs with positive messages, a live Twitter feed on-display using the hashtag, #VKind, and more,” Ly said.

Check out photos from the booth by searching the hashtag #VKind on Twitter. For more information on the VloggerFair, head to its official website at vloggerfair.com. 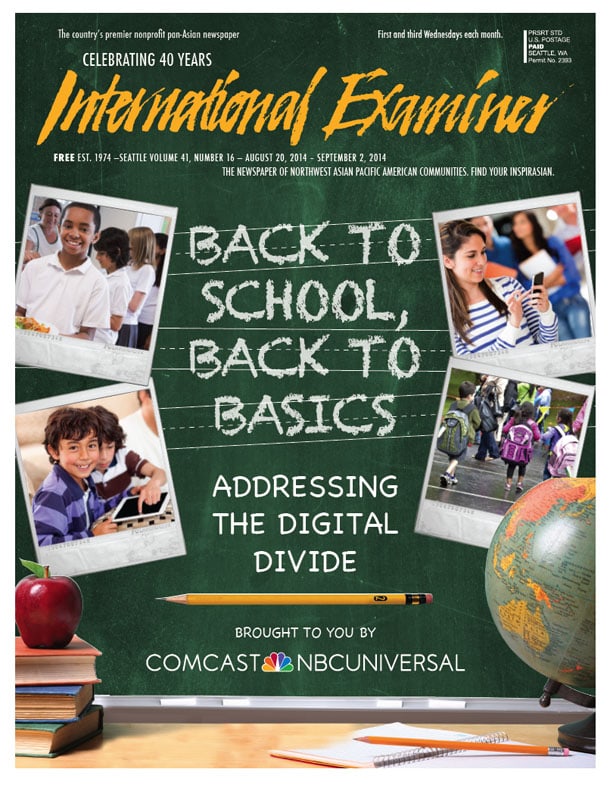